#InspireCourage: Giving hope to the hopeless

Sep 17, 2017 7:00 AM PHT
Patty Pasion
Facebook Twitter Copy URL
Copied
'Try to see who is the most hopeless around you, and be that hope to that person,' Father Flavie Villanueva says at the Social Good Summit 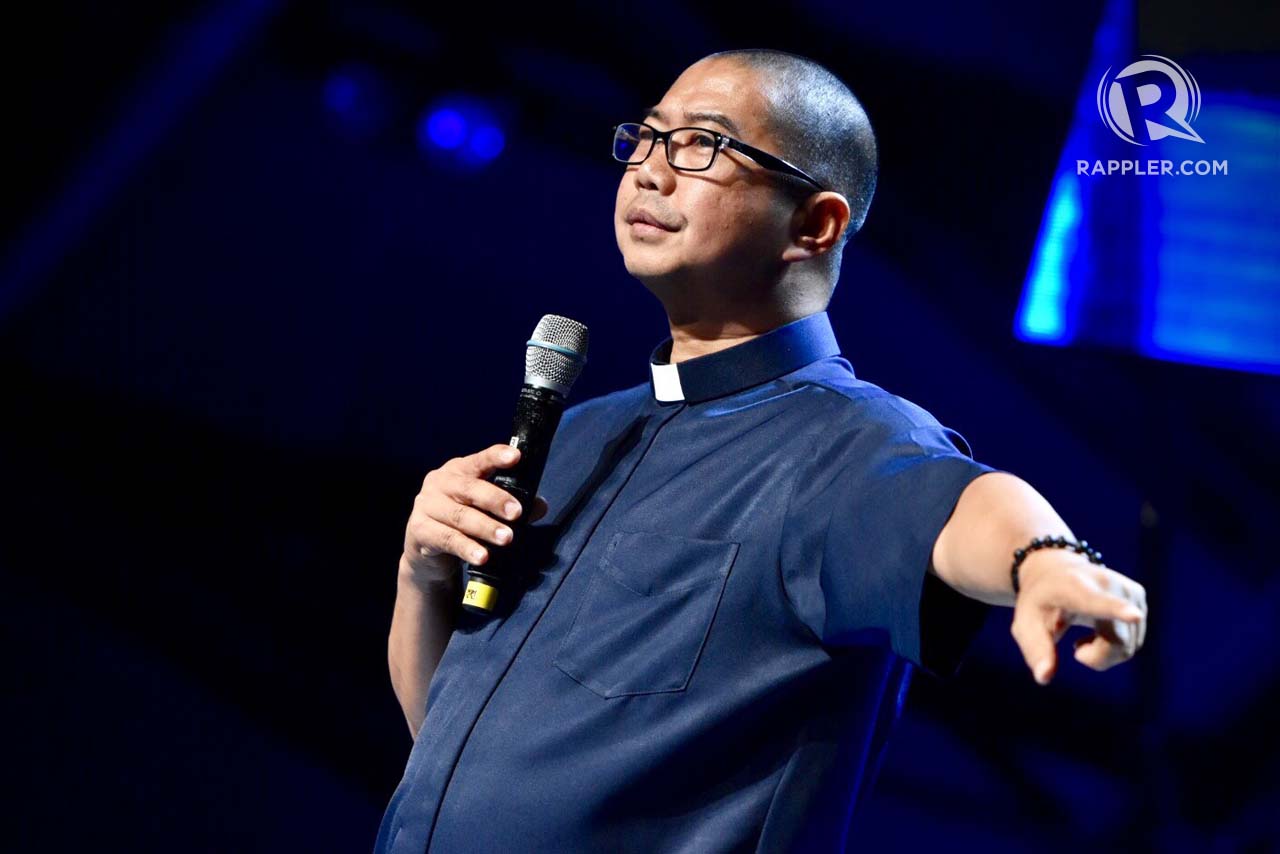 MANILA, Philippines – Father Flavie Villanueva urged participants of the Social Good Summit (SGS) on Saturday, September 16, to give hope to the poorest Filipinos in the face of the troubles the Philippines is facing today.

Villanueva is the founder of the Arnold Janssen Kalinga (Kain at Ligo nang Ayos) Center, an institution established in Manila to provide services for the poor.

During the SGS, Villanueva recounted the story of a half-naked boy who once showed up at their center, with despair in his eyes. He gave the boy, named Binbin, a chance to bathe.

“I knelt down and scrubbed his feet and tears slowly were falling from my eyes: Bakit may ganito? (Why is this happening?)” Villanueva said.

After he gave Binbin a bath, Villanueva said he “saw Binbin, who was [initially] frowning, scared, but this time, facing the mirror with a smile.”

Villanueva then stressed the importance of hope. “Once you have embraced that hope, once that you’ve been embraced as well by that hope, be a hope to the poorest of the poor. There are so many around you.”

“Try to see who is the most hopeless around you, and be that hope to that person. When the time comes when your country would need you because it has been conquered by tyranny, and the democracy is being tested, I hope that you would also be that hope. Your country needs you,” he added. – Rappler.com