The education secretary who came from a ‘dynasty of teachers’ 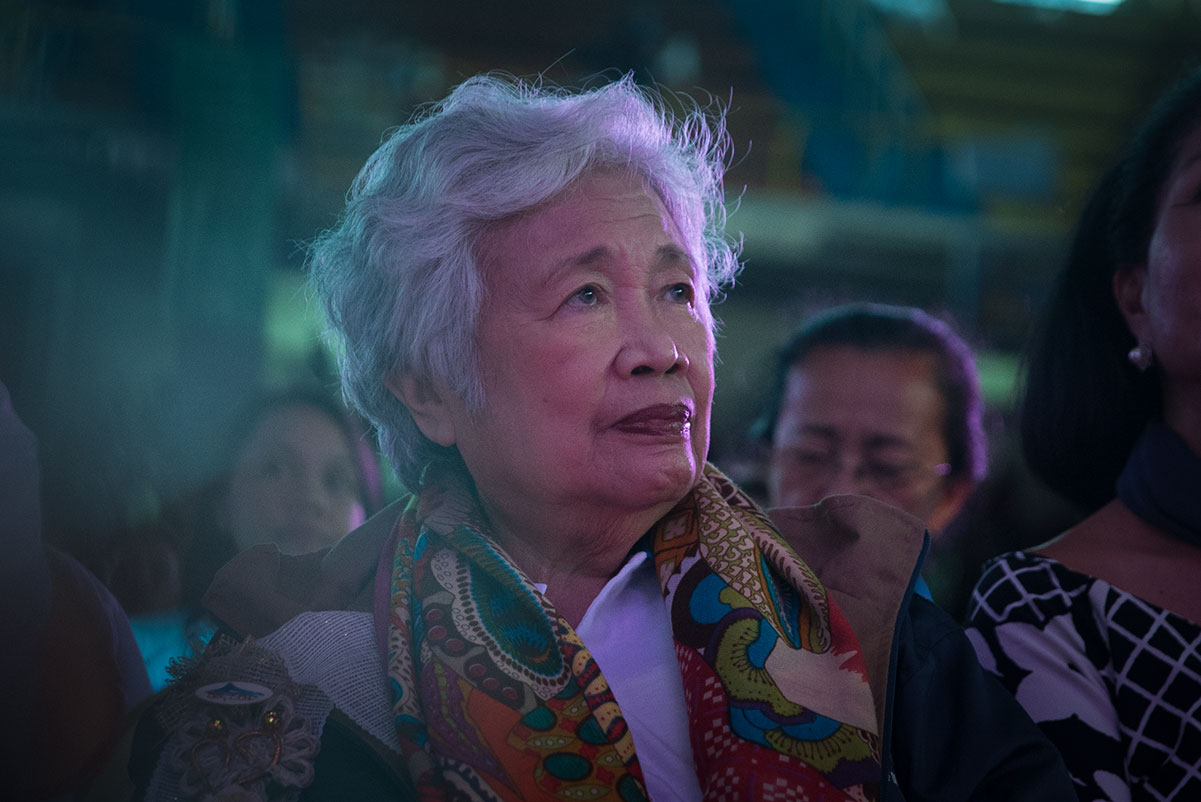 LEGAZPI CITY, Philippines – On Thursday evening, October 5, Department of Education Secretary Leonor Briones stood on the podium at Ibalong Centrum in Legazpi City. Like always, maybe out of habit, she delivered her speech during the celebration of National Teachers’ Day as if she was giving a lecture in class with the audience of 6,000 teachers as her students.

Briones, after all, boasts of a wealth of teaching experience and engagements at different educational institutions on her resume.

In 2013, she was conferred the status of Professor Emeritus at the National College of Public Administration and Governance (NCPAG) in UP Diliman after teaching at the state university for decades. She also served as a regent at the Universidad de Manila and as Chairman at the Silliman University Board of Trustees from 2001 until 2016.

But, of course, Briones was wearing a different hat on that Thursday night – that of the secretary at the helm of the education department.

A dynasty of teachers

In a way, the National Teachers’ Day, established in January 2016 through the signing of RA 10473, felt like a tribute to the education secretary’s whole clan – something which she described as a “dynasty of teachers.”

For one, her mother served as a Grade 2 teacher all her life. During the war, teaching did not stop for Briones’ mother who used banana leaves as paper and bamboo sticks as pen in teaching kids who evacuated to the mountains. It was around this time, in an early age of 3 years old, when Briones learned how to write.

“By the time I entered school at 4 years old, I was accelerated twice. I already knew how to read and write,” Briones said.

Her father, on the other hand, taught Science in a public high school.

It was through this upbringing that Briones earned a deep respect for teachers. So it came as no surprise that she eventually pursued the same career path and, in 2016, eventually led the whole department in charge of public education. (READ: We owe our country’s success to teachers – Briones)

The 77-year old education secretary highlighted the role of 687,225 teachers play towards nation-building and in honing the potential of more than 26 million learners across the archipelago.

This is why Briones urged teachers to strive and continue to learn. (READ: #ThankYouTeacher: Netizens praise second parents, mentors) 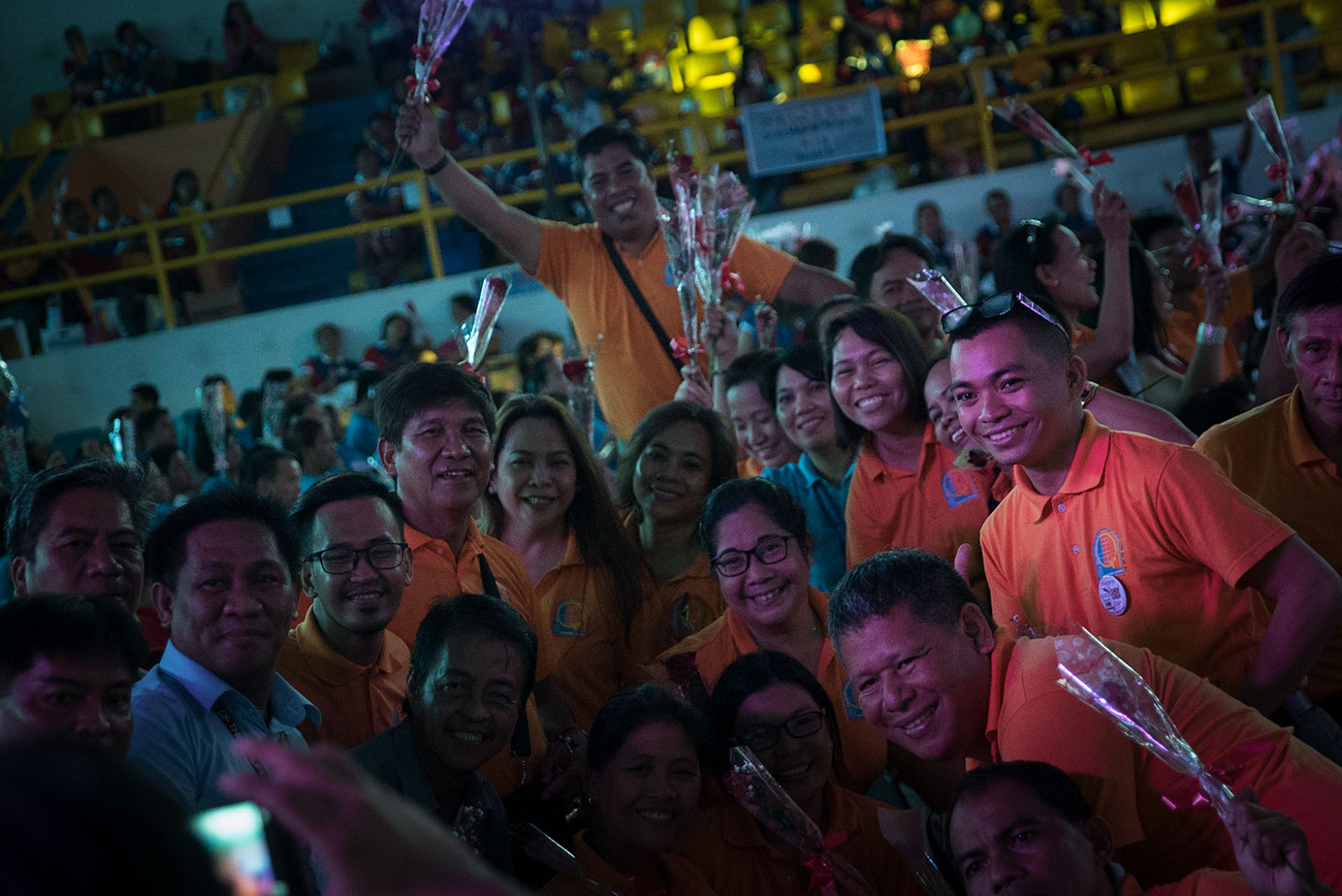 According to Briones, the challenge for teachers is to instill critical thinking among their students. Teachers can only learn along their learners, she added, through constant education. At age 77, Briones shared that she still learns something new every day.

She cited the DepEd circular memo that they released in June 2017, mandating DepEd field offices to study and teach gender issues.

This reminder to continue learning comes on the heels of a recent study released by non-governmental organization Philippine Business for Education (PBEd).

According to the study, around half of the teacher education institutions (TEIs), or schools which offer education courses for aspiring teachers in the country, have been performing poorly in the licensure examinations from 2009 to 2017, with a “dismal” 31% passing rate.

The study showed that 497 out of 1,024 TEIs who had graduates take the elementary examination under LET performed below the national passing rate. The same goes for 637 out of 1,258 TEIs for the secondary examination.

According to Briones being a teacher helped her in her management of the Department of Education.

(It was of great help because, first, I know how they think and behave. Second, as a teacher, my strategy is research-based. That is why I am studying about the behavior of teachers)

(My world revolved around teachers. I hear their stories, the challenges they face, the poor circumstance, and the difficulty in creating teaching aides)

But things are different, nowadays. Bck in the day, Briones’ mother would earn only up to P120 per month. Teachers were often always buried in debts.

At present, the starting salary of public school teachers is pegged at around P19,000 per month. If benefits and allowances are included, their monthly take-home pay may total up to P23,000.

Briones cited a study conducted by the Philippine Institute of Development Studies (PIDS) which showed that the salary of a public school teacher was higher than the average salary of private school teachers.

(The starting salary of a small private school can be as low as P6,000)

The teachers deserved this, and more, according to the education secretary. After all, they were responsible for gearing up young children to become better citizens of the country.

“I congratulate you all…for what you have produced – the greatest pride of a teacher. When you see a senator, a congressman, or a mayor, or a great man and you can claim you taught him or her, then the country owes you (a great debt),” Briones said in a mix of English and Filipino. – Rappler.com