The Sumilao farmers, a decade after they marched for their rights 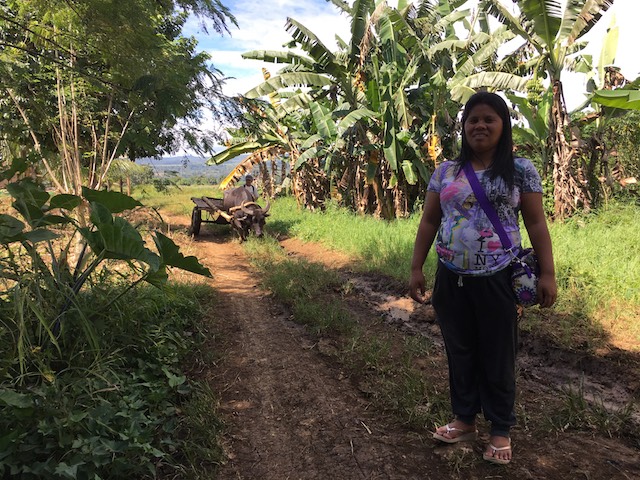 San Miguel Corporation was compelled to give the farmers back their land. The Sumilao Farmers won.

Today, a total of 97 hectares of the land is communally owned while each of the 163 Sumiao farmer families own 1/4 hectare of land where they can grow vegetables for their own needs plus 150 square meters to build their homes.

The farmers have a total of P72M in assets that includes the value of their land, trucks, storage units, multi-purpose building, and farming equipment.

Their cooperative has a total P1.4 million capital build up and has become a model for other farmer cooperatives.

Kaka Bag-ao has been the lawyer of the Sumilao Farmers for the last 21 years. It started with a simple case of cancellation of title where the farmers discovered that they had already owned the land as beneficiaries of the Agrarian Reform Program. Additionally, the Sumilao farmers had ancestral claim to the land which used to be the seat of the Higaonon tribal leadership.

“We used to meet literally along the highway or under a banana tree because they had no land where we could meet.”

As part of the SALIGAN law group, Bag-ao was part of the team of lawyers working on empowering farmers through paralegal and case analysis trainings.

“There has been so much difference in the last 10 years in the quality of life of the Sumilao farmers and their children. There is really much to celebrate today,” said Bag-ao in a mix of English and Filipino.

There remain to be many challenges like optimizing productivity, maximizing returns on their produce and reducing operational costs.

Right now, the group is canvassing for a 10-wheeler truck to add to their farming equipment. “They tell me that it has to be 10-wheeler truck with 4-wheel drive because there are parts of the farm that are hard to get to when it rains very hard,” beamed Bag-ao.

“These are happy problems of land owners. It is no longer problems of those fighting to reclaim their land.” 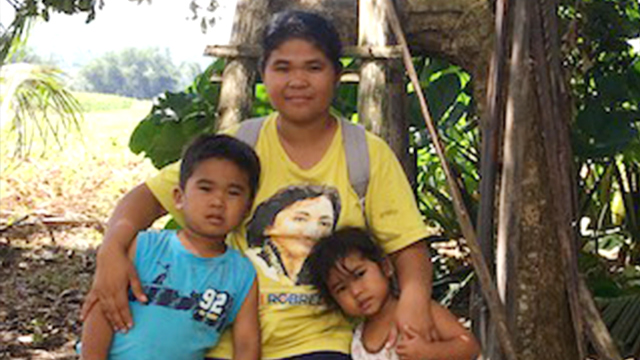 Bajekjek was a grade 5 student in 1997 when her father and other Sumilao farmers went on a 28-day hunger strike, shaved his head and camped out at the Department of Agrarian Reform office in Cagayan de Oro.

In front of her classmates, her teacher mocked the hunger strike and called her father a “squatter”. She did not fully understand what her father was doing but what her teacher said cut her to the core.

She stopped going to school. It was Bajekjek’s first act of active non-violence. She was 11 years old.

She returned the following year and had to repeat grade 5.

Ten years later, Bajekjek was a 21-year-old who loved to download songs from her favorite bands, Maroon 5, Blink 182 and Britney Spears. She was also the youngest to join the Sumilao Walk for Land, Walk for Justice march from Bukidnon to Malacañang. It was time for her to join her father’s struggle.

Bajekjek fainted twice during the 60-day march. The others formed a makeshift stretcher using sticks of bamboo and a malong and carried her. She wore down 3 pairs for slippers.

Now, Bajekjek and her husband, Roger, have 3 children. She prefers Rihanna over Britney Spears and named one of her daughters after the singer from Barbados. Although between farming her own land and looking after her children, she doesn’t have a lot of time to listen to music.

(They need to know that farming is hard. But it’s harder to till land that isn’t yours and they won’t ever have to experience what that is like.)

When she thinks back to walking 1,700 kilometers, Bebing Lorenza does not remember so much of the physical hardship but the emotional pain. She left her two young children with her husband to march to Manila.

It was Lorenza’s first time to be away from her children. The group made a collective decision not to use cellphones to call home or communicate with loved ones while they marched. Only their support groups (individual trusted supporters) were allowed to use phones and keep in touch with their families. This was to eliminate possible distractions that would weaken their resolve. They needed to be physically and emotionally strong to take on 60-days of walking an average of some 30 kilometers a day.

She later learned that the children were ostracized in school. “Mga sira-ulo daw kami maglalakad. Hindi naman daw kami makakarating ng Maynila.” (They said we were crazy to march and that we would never make it to Manila)

When Lorenza mother returned, the children went back to school. They had their mother back and she brought with her 144 hectares of land that was given back to 163 Sumilao farmer families, including theirs. 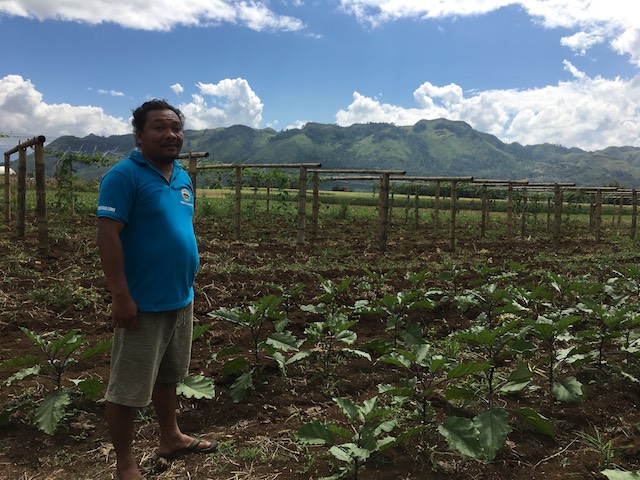 Noland Penas’s name has a literal meaning of “no land.” When he was born, his father, Ka Rene, a farmer leader could only dream of owning the land he tilled.

Ka Rene was one of Sumilao farm leaders who started the 20-year struggle to reclaim their ancestral land. Using various forms of active non-violence, the farmers staged hunger strikes, land occupations, and finally walked 1,700 kilometers from Bukidnon to Malacañang.

Preparation for the march to Manila took two months. Farmers and their support groups strategized and planned for every possible detail they could think of. Messaging was crucial.

(We underwent media training so that when someone asked why were marching, we would say, ‘To get back our land’. It was not  ‘give us land.’ Those mean different things)

The younger Penas did not get to complete the march and had to turn back just as they were about to cross from Mindanao to Visayas. His wife had just given birth and their baby had fallen ill and a few months later, passed away.

But Ka Rene marched and in 2007 saw the day when he and 163 Sumilao farmer families were given back their land.

Penas still thinks of his father and child when he tills the land that they fought so hard to get back.

Leni Robredo was part of alternative law group SALIGAN and her husband, Jesse Robredo, was then mayor of Naga.

As mayor, Jesse prepared for a grand salubong for the farmers and  Leni joined him not as the wife of the mayor but as a member of SALIGAN.

“At the time, I felt that they weren’t getting the attention that they deserved. Some local governments they passed through welcomed them but we wanted to be different because the mayor was my husband and I was one of their lawyers,” recalled Robredo. (WATCH: Sumilao Farmers enter Naga November 16, 2007)

The City of Naga prepared a Grand Salubong for the farmers. Banderitas (buntings) flapped from trees as well-wishers and supporters cheered and held up their fists high. They gathered together for a concert, a feast was served, wounds were treated and aches and pains were cared for. (READ: Young, old Sumilao farmers march for Leni Robredo)

“We took care of them. They had been walking thousands of miles already by the time they got to Naga. We wanted to make them feel welcome and that we were very much in the fight with them,” Robredo said. (READ: Sumilao farmers march again, this time for Leni Robredo)

More than that, a friendship between the Robredos and the farmers was formed. Though she was well-versed in the details of their case, it was her first time to meet them and as their case progressed, they became like extended family. (WATCH: Robredo thanks Sumilao Farmers in VP Debates)

When Robredo ran for Vice President in 2016, the farmers decided to march to Manila again to show their support for her candidacy. The gesture both surprised and touched Robredo.

“I did not solicit for their help. I only asked them if I could visit them. But they offered to march again for me. I said that was too much, they could just campaign for me in Bukidnon because I did not have presence here yet,” said Robredo.

The time the farmers offered to march, Robredo was still down in the surveys and while the VP debates were the game changer that catapulted her to the second highest office in the country, for Robredo, it was the Sumilao march that boosted her morale.

“When you introduce yourself, you relay your history. You tell people that you have been fighting for  the poor for the longest time. That’s cliché as far as people are concerned. So many politicians say that. For the Sumilao farmers to sacrifice for me, that legitimized my claim.

It also assured me that the people I have fighting alongside with for the longest time are still beside me.”

“Hindi talaga namin sinabi sa kanya na marmartsa kami. Basta, nag-iisip kami kung paano namin papakita yun supporta namin ngayon na sya naman ang nangangailan,” said Noland Penas, one of the Sumilao leaders.  (We really did not tell her tha we were going to march again for her. We were thinking of ways to show our support for her now that she needs it)

The farmers did a Sumilao March Express – 21 days where they partly walked and rode vehicles.

(We also wanted to show our own progress, like now we could afford to hire vehicles. This is what happens when farmers own the land they till) – Rappler.com