MANILA, Philippines – What will the new jeepneys look like under the government’s public utility vehicle (PUV) modernization program?

The government plans to replace all old PUVs aged 15 years or older with enironment-friendly jeepneys that have safety features. (READ: EXPLAINER: What’s the reason for the 2-day transport strike?)

The DOTr cited a study showing that next to walking, jeepneys are the most used mode of transportation in Metro Manila, comprising 19.1% of the total trips made in the capital region.

It is followed by tricycles at 16% and motorcycles at 8.3% The goal of the modernization program is to promote safer and more environment-friendly transport options.

Jeepneys should be replaced by those powered with Euro 4 engines or electrically-powered engines with solar panels for roofs.

The modern jeepney should also be equipped with safety features, such as a speed limiter, closed-circuit television camera (CCTV), GPS, and dashboard camera.

It will also be outfitted with an automated fare collection system to make it compatible with the current payment system being implemented in Metro Manila’s 3 train lines.

Some of the prototype vehicles have a 22-passenger seating capacity. Current jeeps can seat around 20 to 22 passengers, excluding the driver. 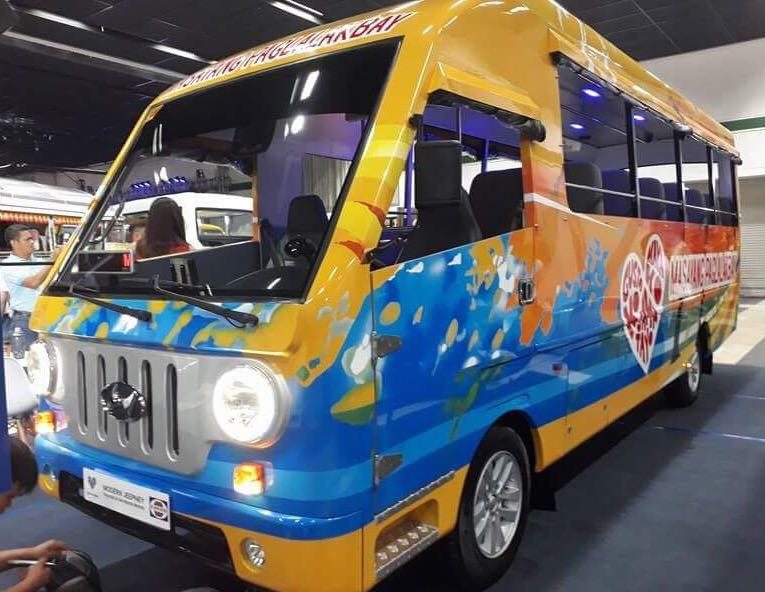 According to the DOTr, the vehicles will also be equipped with PWD-friendly features and free wifi for the convenience of commuters. They will also locally made and assembled. Several transport groups and jeepney operators are opposing the modernization program, and dramatized their sentiments through a two-day nationwide transport strike on October 16 and 17 – the third such protest staged this year.

While they acknowledged the need to upgrade PUVs to make them safer for drivers and commuters, they criticized the high cost for drivers to replace their old jeeps.
They called the program “anti-poor” because buying a new vehicle will cost around P1 million per unit. They also expressed fear of losing their jobs.

While stakeholders must be consulted, Cal said that the status quo is not acceptable. Public transport must really be improved because the users deserve a better system.

“[The program] cannot please everybody. Those who are affected should be given options like compensation and re-training,” said Cal, a former transportation undersecretary.

Responding to criticism from transport groups, the government has said that there are several financial loan schemes available to drivers to help them pay for the cost of the new jeepney units. – Rappler.com