Militant group Kalipunan ng Damayang Mahihirap (Kadamay) slammed the huge amount that the government has set aside for the regional meeting during a protest rally at the “Homeless Camp” in Mendiola on Friday, November 10.

Kadamay is among the many groups that staged a series of protests ahead of the gathering of  ASEAN leaders and their dialogue partners, as well as the region’s senior offcials, for the 31st ASEAN summit in the country.

The government has put aside an estimated budget of P15 billion ($321.92 million) budget for the country’s hosting of the Association of Southeast Asian Nations (ASEAN) Summit. According to Budget Secretary Benjamin Diokno, a bulk of the budget will go to car rentals for visiting dignitaries.

Kadamay described the country’s preparation for the ASEAN Summit as an “overkill,” adding that taxpayers’ money could have been used for poor Filipino families, like those whose homes have been demolished at the East Bank Road in Floodway, Pasig City, and who are now camping out at the Homeless Camp in Mendiola.

“We highly condemn this outmost display of insensitivity and impracticality from our government. President Duterte is clearly impressing Trump and other ASEAN leaders by spending lavishly while not giving enough services and support to his own people,” Kadamay spokesperson Cecil Cali said.

Instead of spending the huge amount for the ASEAN preparations, Cali said that the budget could have improved basic social services for the poor. According to Kadamay, the P15-billion budget for ASEAN could have been used to for the following:

Kadamay computed the number of potential high school beneficiaries from the ASEAN summit budget, based on its estimated that every public high school student, from Grades 7 to 10, spends at least P30,000 every year. Junior and senior high school students need P160,000 annually to continue their education.

On the same day, youth groups like Anakbayan marched to the US embassy to protest the scheduled arrival of US President Donald Trump for the ASEAN Summit and Related Meetings.

The Philippine government deployed around 60,000 security personnel for the international event.

Here are some photos from the ASEAN Summit-related protests on Friday: 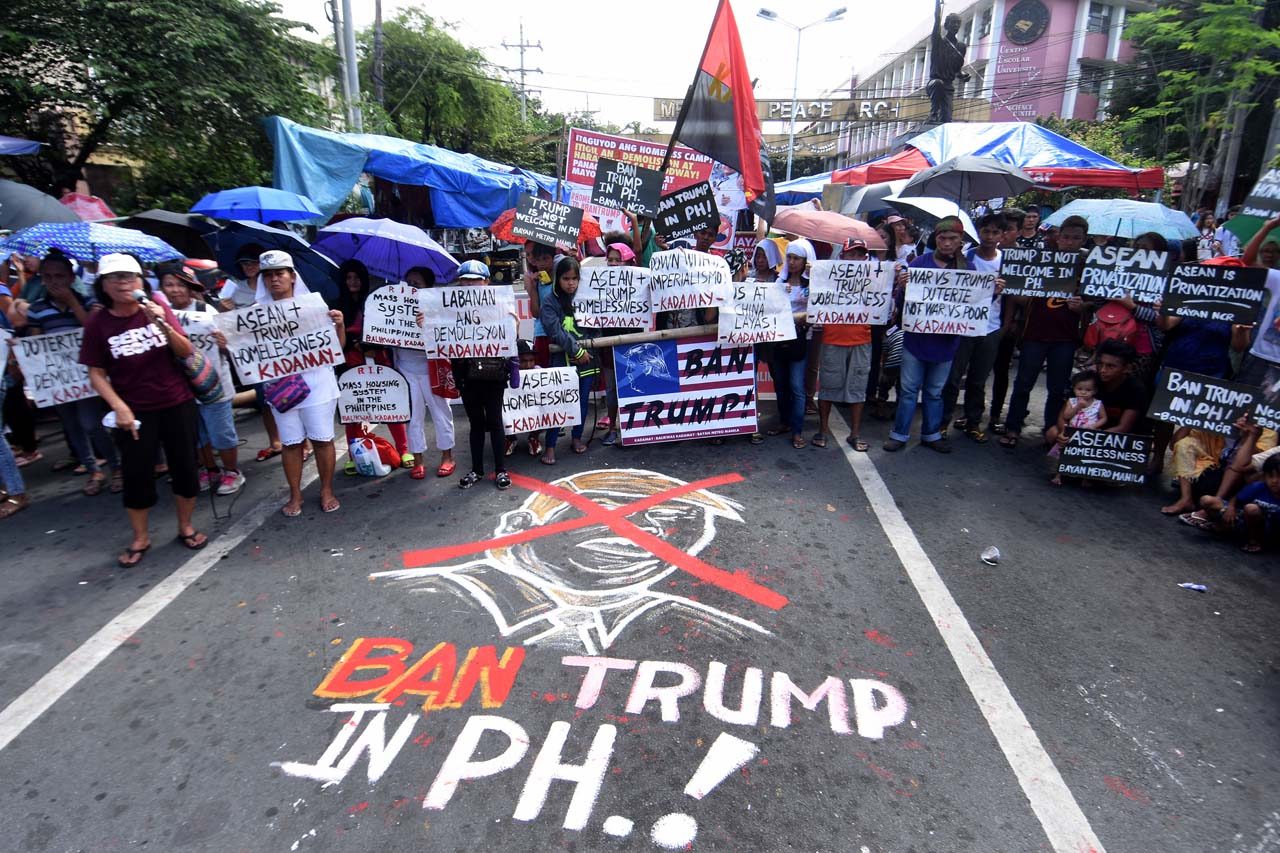