Nov 11, 2017 5:05 PM PHT
Rappler.com
Facebook Twitter Copy URL
Copied
Despite tight security, some protesters are able to stage a quick program at the gate of the main venue of the ASEAN Summit, which will be held on November 13 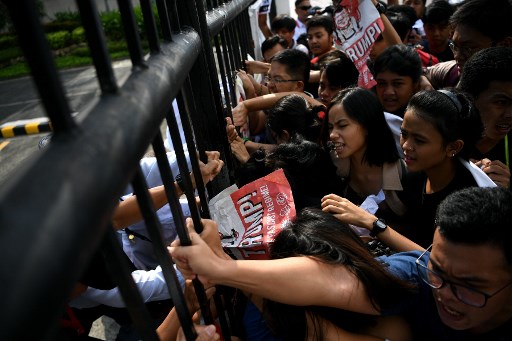 Their battle cry? Ban US President Donald Trump in the Philippines.  (SCHEDULE: Protest activities during the ASEAN Summit 2017)

While the government has allowed groups to stage protests during the ASEAN summit week, they are not allowed near PICC in Pasay City, the main venue of the international summit.

Despite tight security, the protesters were able to go near the area and stage a quick program at the PICC gate. Anakbayan posted the event live on Facebook..

(We are now at the venue for the summit. Despite tight security, the Filipino youth are here to register their call against Trump.)

Official activities at the PICC for the ASEAN summit are scheduled to start on Monday, November 13.

The Philippine government has deployed at least 60,000 security personnel for the meetings which would bring together heads of the 10 ASEAN member-countries and their dialogue partners. The Crowd Disturbance Management (CDM), tasked to deal with the protest rallies, is part of the ASEAN security team.

Earlier on Saturday, militant groups also stormed the US Embassy, carrying the same call: “Ban Trump in the Philippines. Here are some photos from the protest: 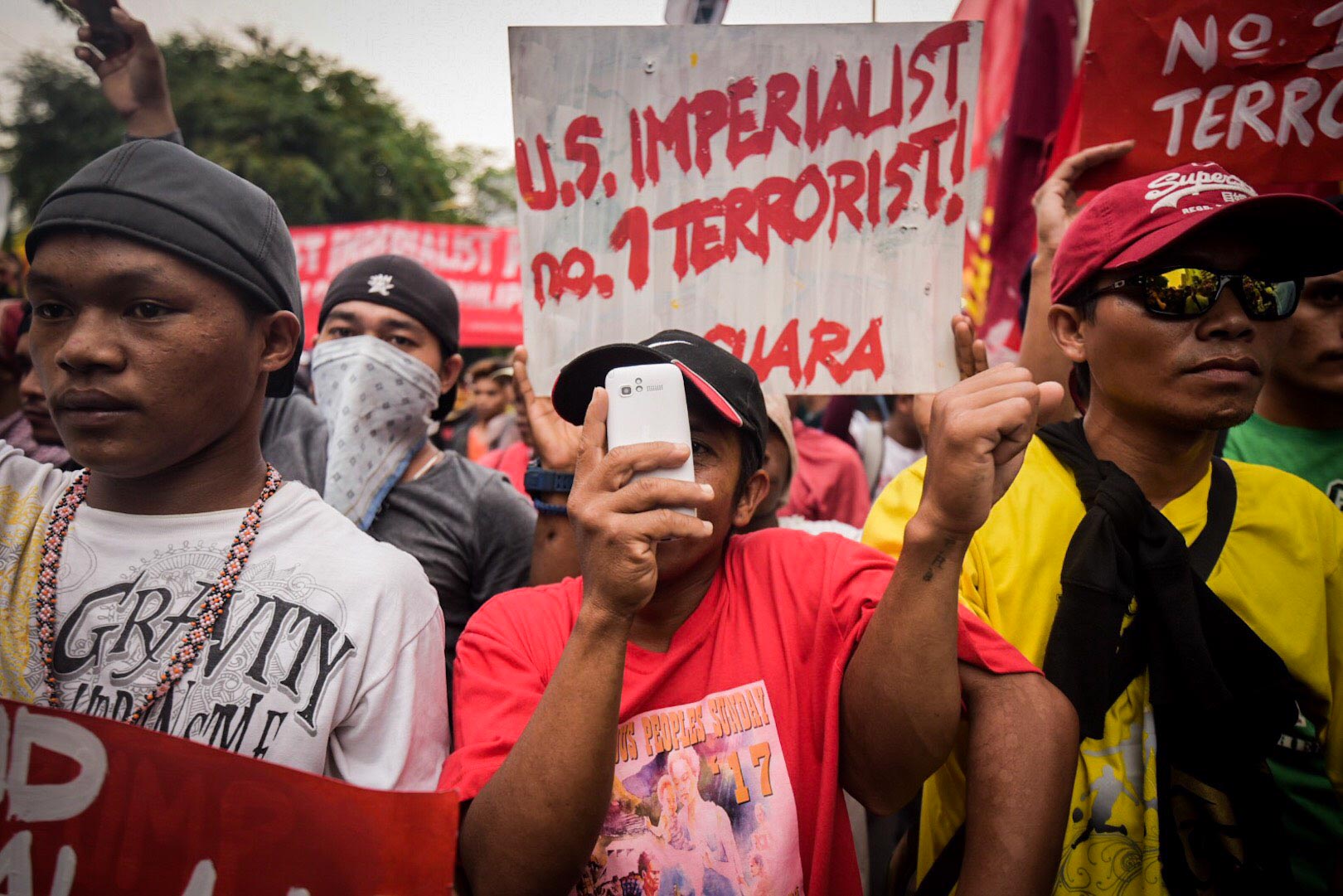 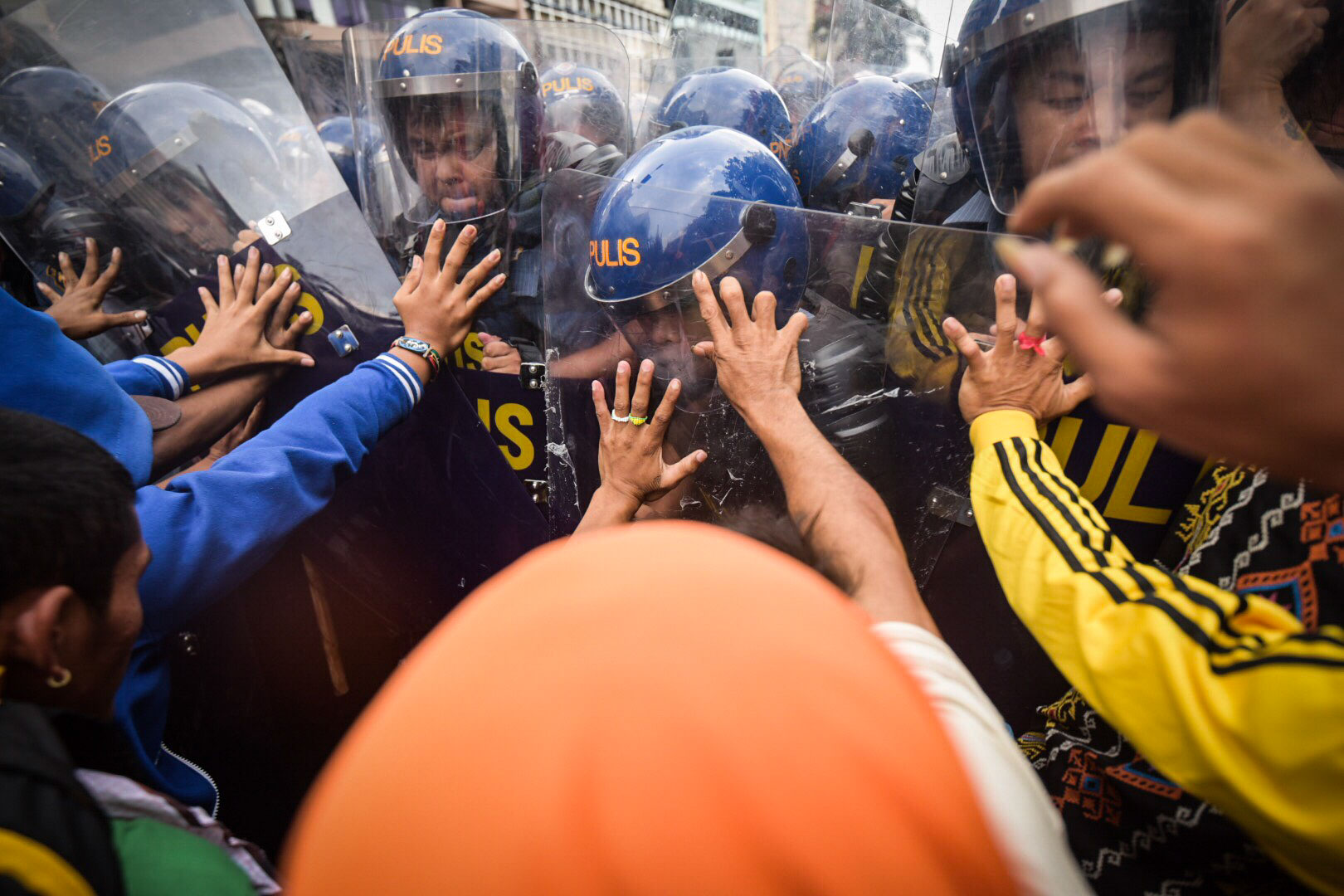 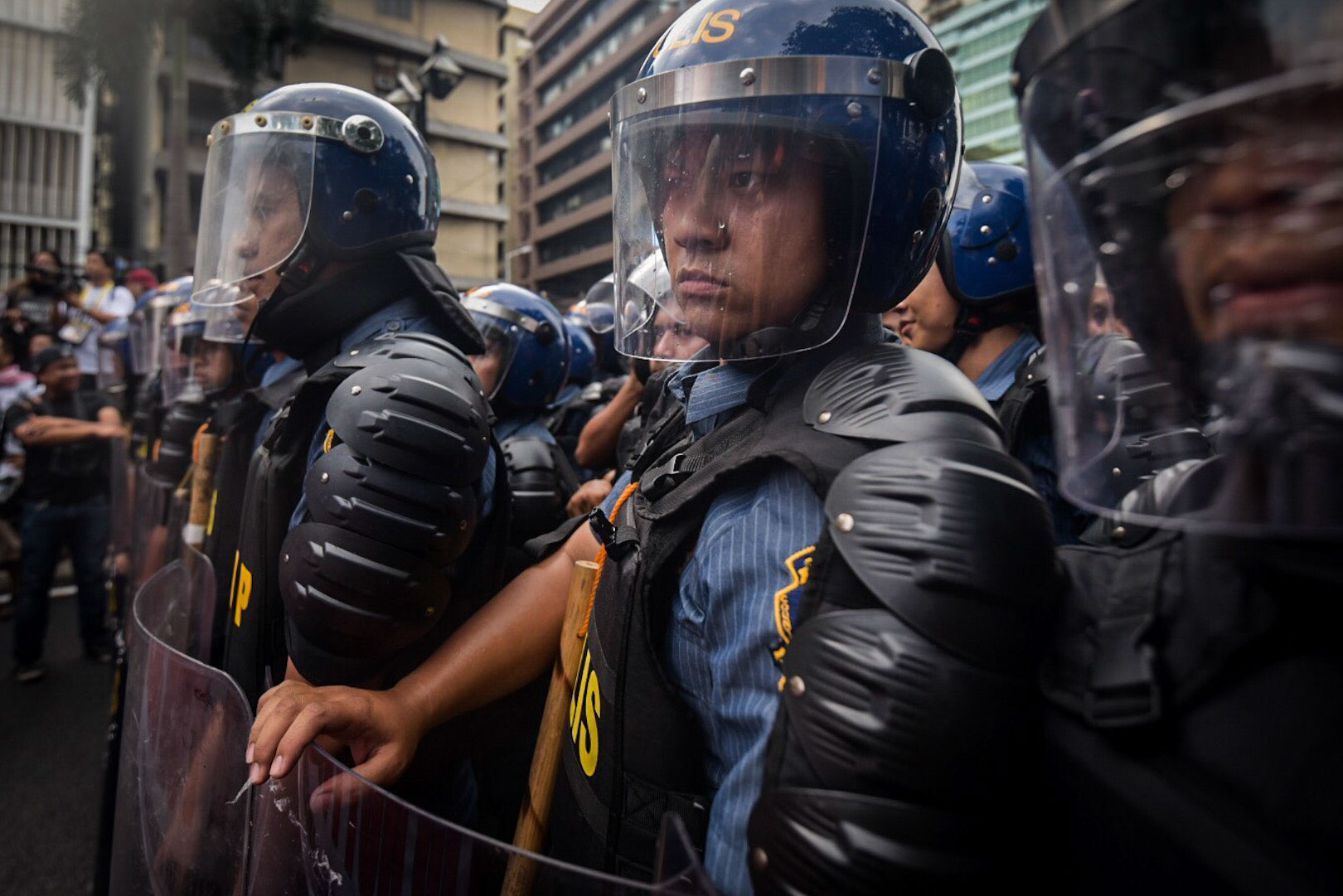