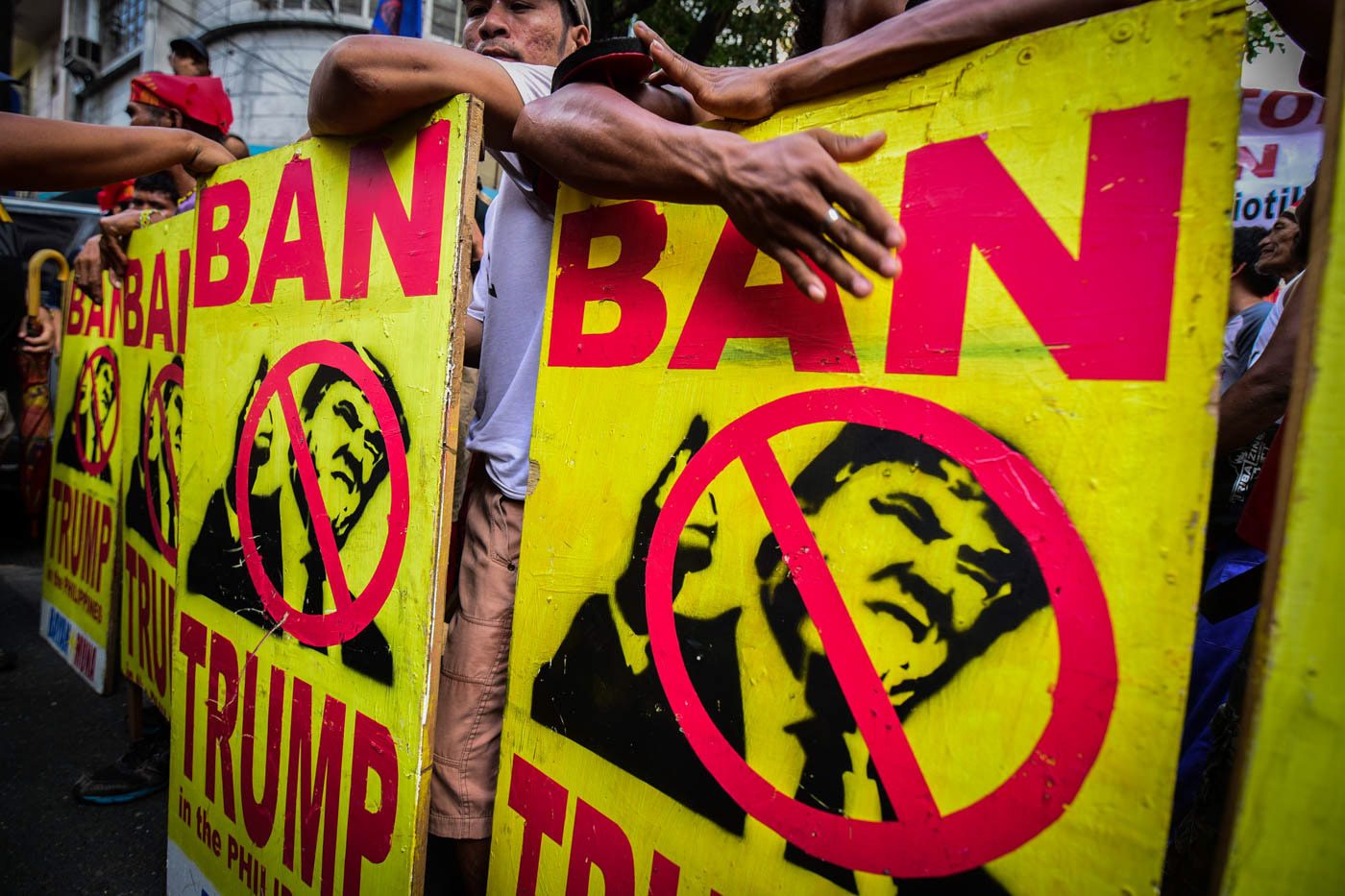 MANILA, Philippines – Militant groups and youth organizations flocked to the United States Embassy in Manila and the SM Mall of Asia Globe Rotunda in Pasay City on Sunday, November 12, to call for “banning” US President Donald Trump from the Philippines.

Trump, together with at least 20 world leaders, arrived over the weekend for the 31st Association of Southeast Asian Nations (ASEAN) Summit from November 12 to 14.

Despite tight security provided by the Philippine National Police (PNP), the protesters were able to burn an American flag in front of the embassy. Later on, the police used water cannons to drive away protesters.

The protesters vowed to be back on the streets on Monday, November 13, at the beginning of the ASEAN Summit meetings. (READ: Why groups are protesting Trump’s PH visit) Activists are protesting the attempt of the US to include Asian nations in its “war rhetorics.” On Sunday evening, various youth and student organizations held a lightning rally at SM MOA Globe Rotunda in Pasay City, to make known their sentiment that Trump was not welcome in the Philippines. (READ: Small group of ASEAN summit protesters reach PICC gate)

The rally was staged while ASEAN leaders and guests were having a dinner gala at the SMX Convention Center beside the mall.

Protesters said they wanted Trump and other leaders to know that Filipinos condemn the US’ meddling in Philippine affairs.