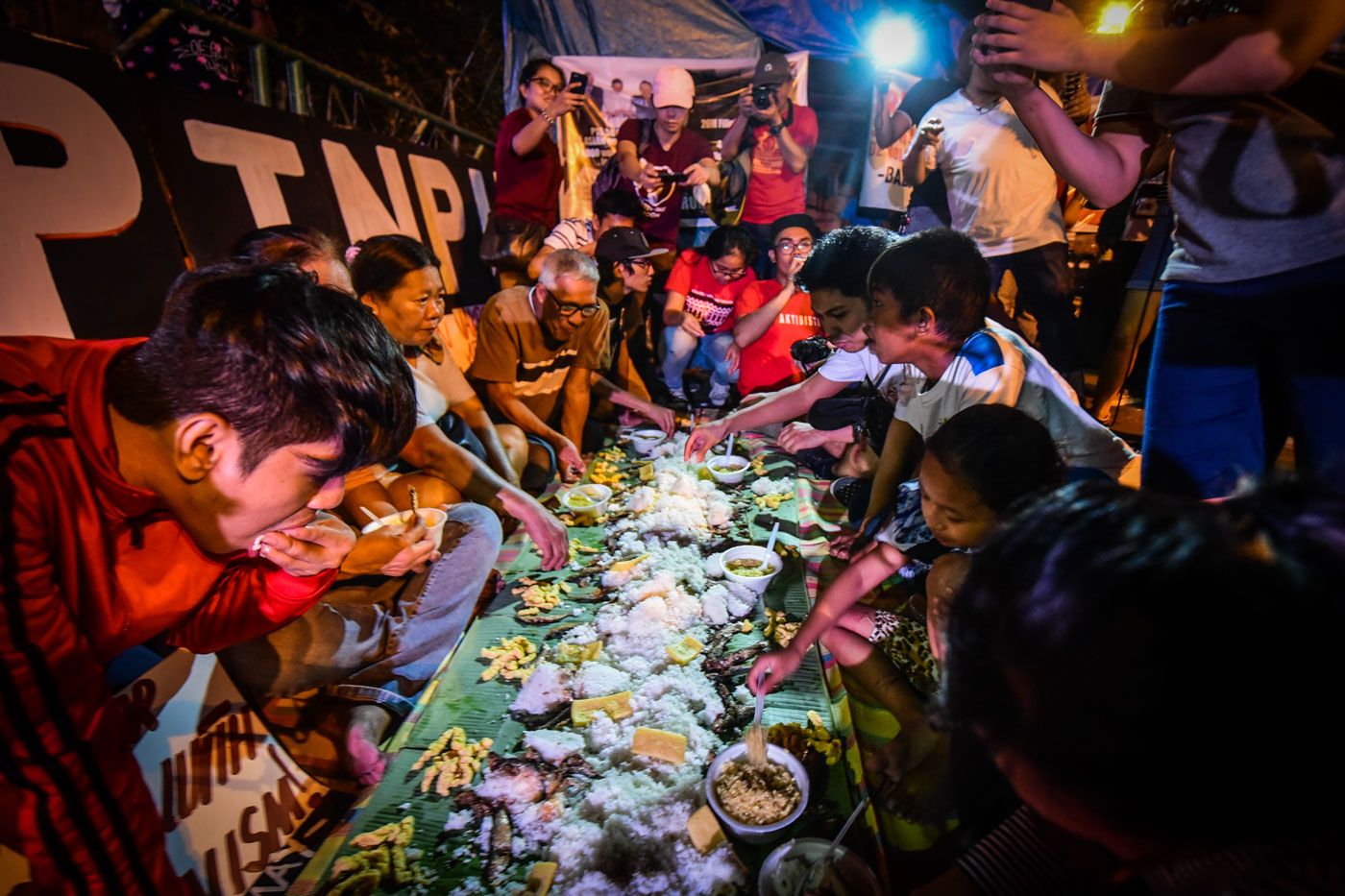 MANILA, Philippines – While ASEAN leaders and guests gathered for a special dinner gala at the SMX Convention Center in Pasay City on Sunday, November 12, a group of homeless protesters threw a simple boodle fight a few kilometers away at the Mendiola Peace Arc in Manila.

It is their way of “juxtaposing the ruling elite’s dinner versus that of ordinary poor Filipinos,” said the militant group Kalipunan ng Damayang Mahihirap (Kadamay), which had criticized the administration of President Rodrigo Duterte for its “extravagant spending” on the ASEAN Summit, which will be held November 12-14.

Many of the protesters came from the recently demolished community at the East Bank Road in Floodway, Pasig City. Without a house to call their home, they have set up camp in Mendiola instead, near Malacañang Palace.

According to them, the government should have used the P15.5 billion budget for the ASEAN summit to fund basic social services for the poor instead. Specifically, they said, the budget could have funded low-cost housing for 34,444 beneficiaries, or provide free secondary education to 55,357 high school students, or fund free tertiary education to 77,500 Filipino college students.

At the ASEAN gala, President Duterte welcomed leaders of the ASEAN member-states and its dialogue partners. They ate a 4-course dinner – a Filipino-Asian fusion menu – that was prepared by a team of chefs led by Jessie Sincioco and Sofitel Philippine Plaza Manila. All the leaders looked glamorous as the men donned intricately embroidered Barong Tagalog while the women wore Fiipiniaña dresses.

In stark contrast, the group of protesters sat on the pavement as they shared their humble dinner composed of steamed rice, dried fish, fish crackers, and instant noodles that were carefully laid out on top of banana leaves.

Their dinner was illuminated only by the lights coming from the media and nearby restaurants.

Here are some photos from the boodle fight: 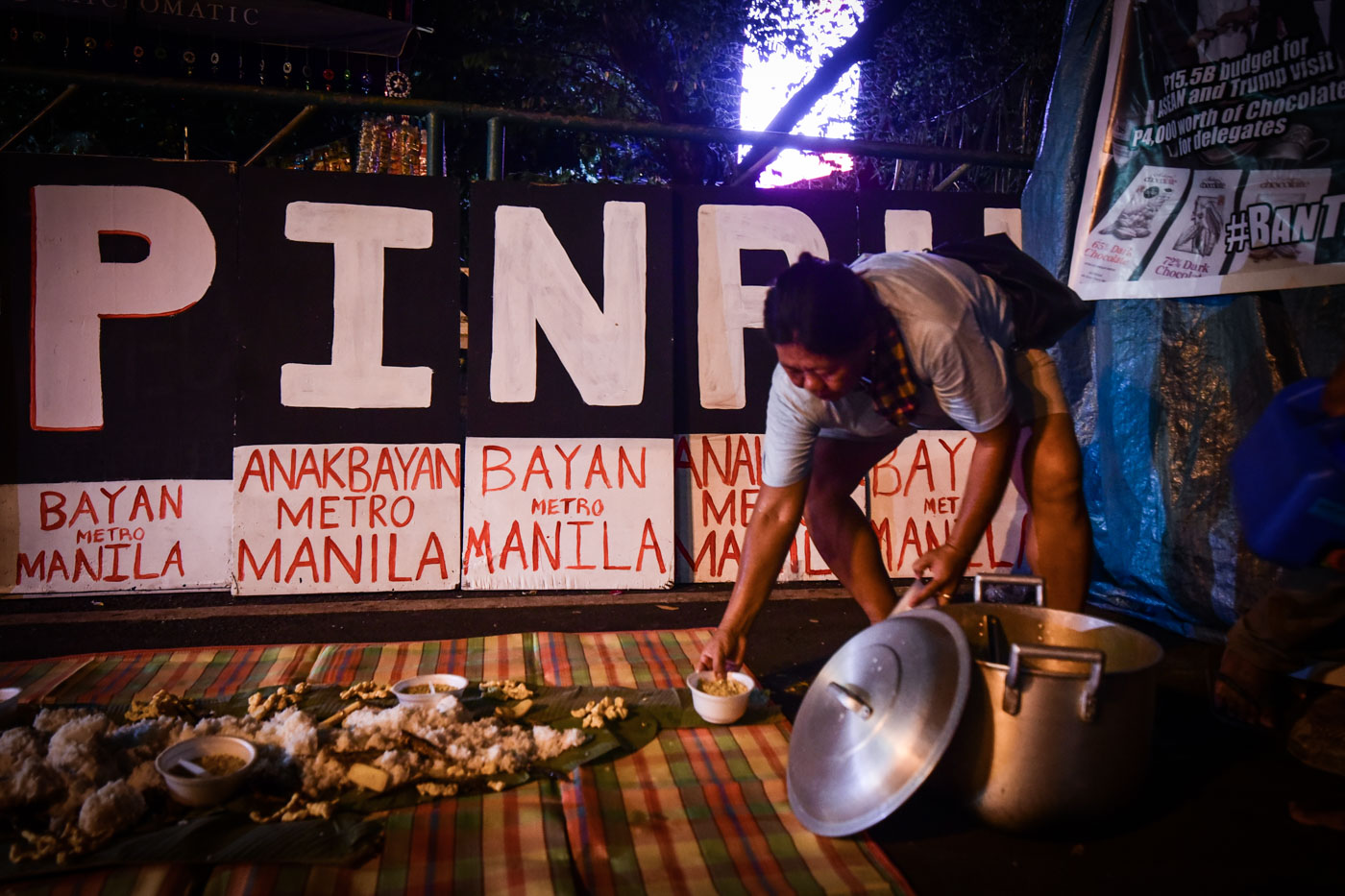 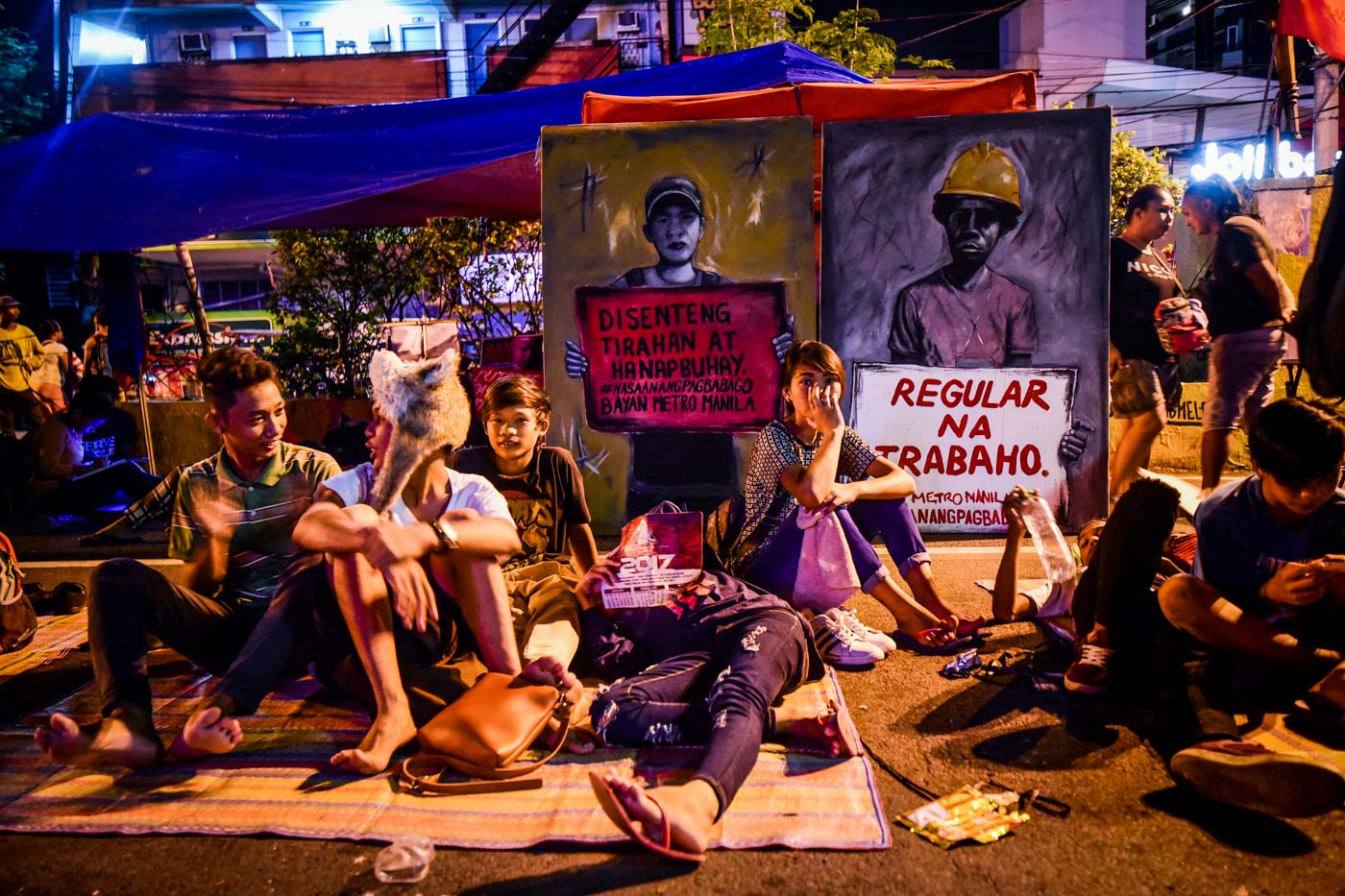 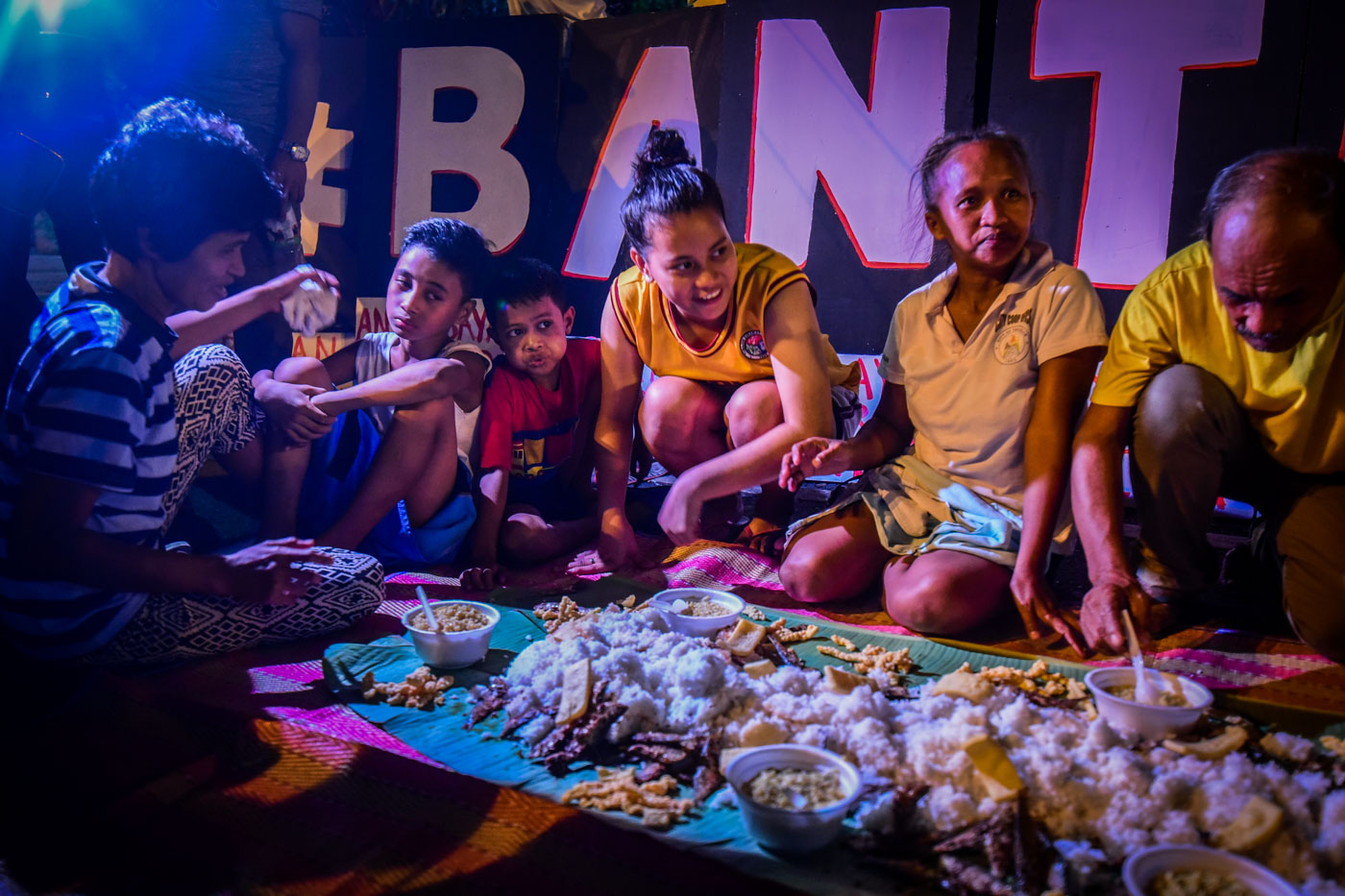 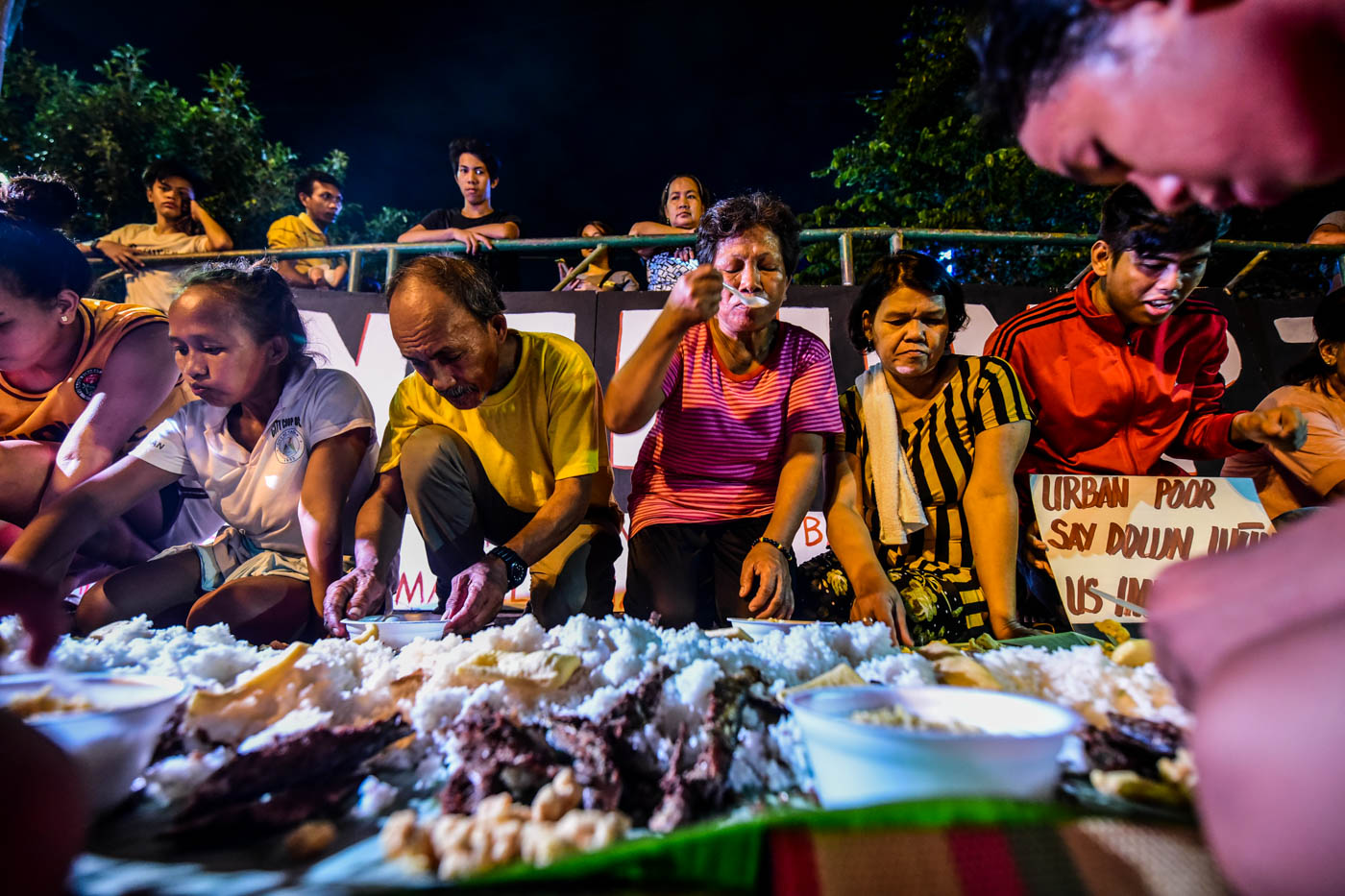 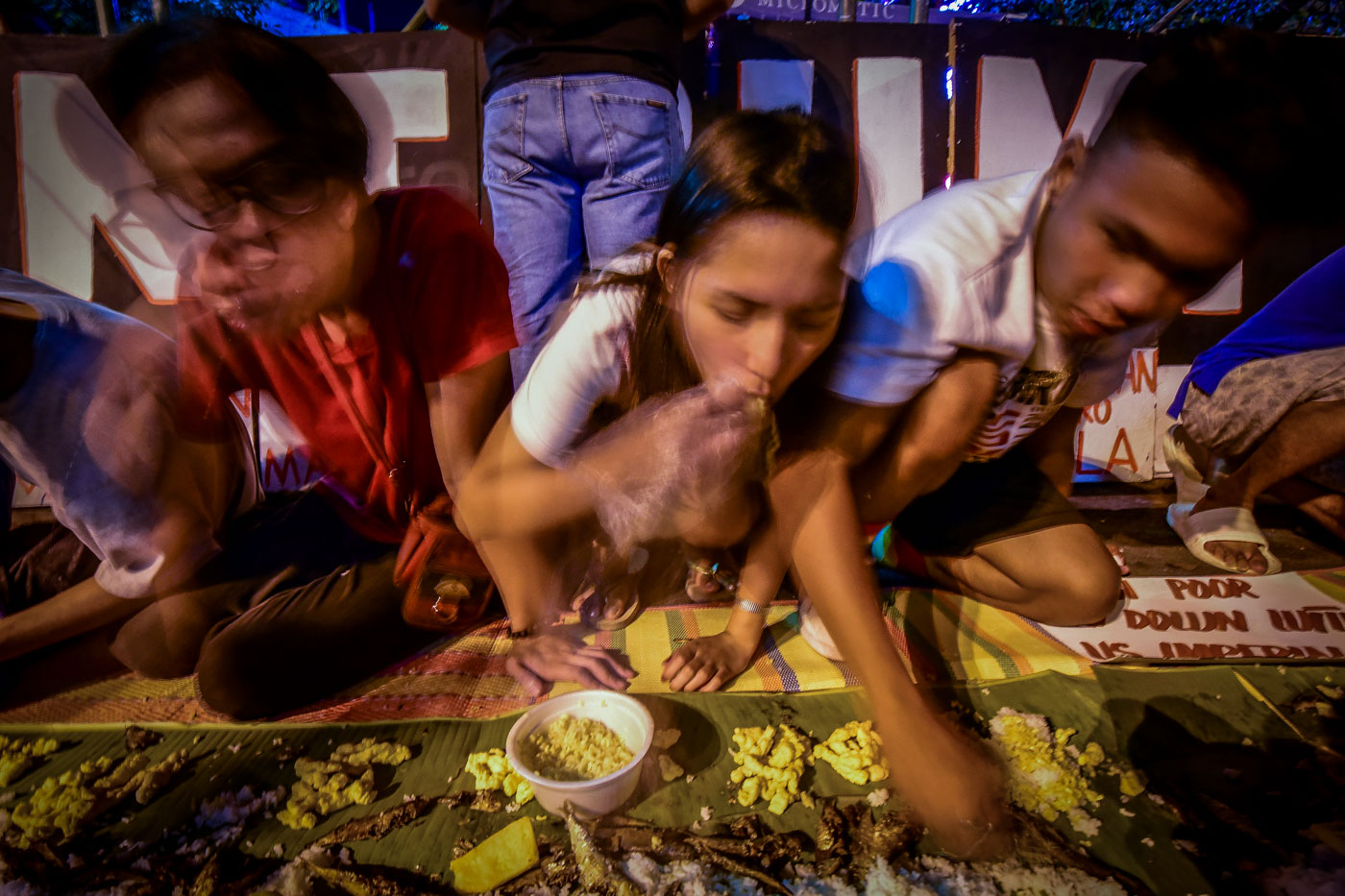