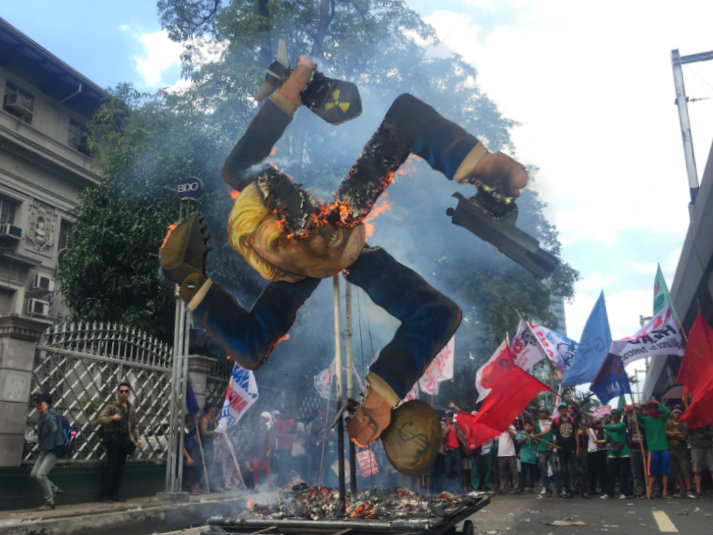 MANILA, Philippines – Members of the militant group Bagong Alyansang Makabayan (Bayan) were involved in a tense standoff with anti-riot police on Monday, November 13.

The group is protesting US President Donald Trump’s visit, the extrajudicial killings in the country, and other hot-button issues on the sidelines of the Association of Southeast Asian Nations (ASEAN) Summit and Related Meetings hosted by the Philippines.

At least 1,500 protesters along Taft avenue carried placards that read “Ban Trump!” and “Trump you’re not welcome in the Philippines.” Overall, around 2,000 people joined the different protests on Monday, according to the police.

Bayan unveiled a 13-foot tall effigy of the US leader on Monday morning. Put together by progressive artist group Ugat Lahi, the effigy featured Trump with 4 rotating hands shaped into the Nazi swastika symbol. Behind Trump’s legs, a caricature of Philippine President Rodrigo Duterte can be seen crouching.

They burned the effigy at noon along Taft avenue, marking the fifth day of their protest.

They also doubted Trump would confront Duterte about the spike of extrajudicial killings associated with the government’s “war on drugs.”

(What we fear the most is not their disagreement. We fear that they will support each other and become the best of friends. That would be a problem because Trump is known to be fascist, racist, and imperialist.)

The police stopped the march of the protesters with water cannons and sonic alarms. The activists were forced to stage their protest at the corner of Padre Faura Street and Taft Avenue.

(For the first time, the anti-riot police used the sonic weapon  LRAD or long range acoustic device against us. The piercing sound was used to disrupt the protest. This is a dangerous tactic.)

For the first time, Philippine police used a sonic weapon against anti-Trump protesters. A piercing sound was aimed at rallyists while they were being hosed down by water cannons. Was the sonic weapon also from the US? #BanTrumpPH

The government has allowed groups to stage protests during the ASEAN summit week, but protesters not allowed to go near Philippine International Convention Center (PICC) in Pasay City, the main venue of the international summit. (READ: Small group of ASEAN summit protesters reach PICC gate) 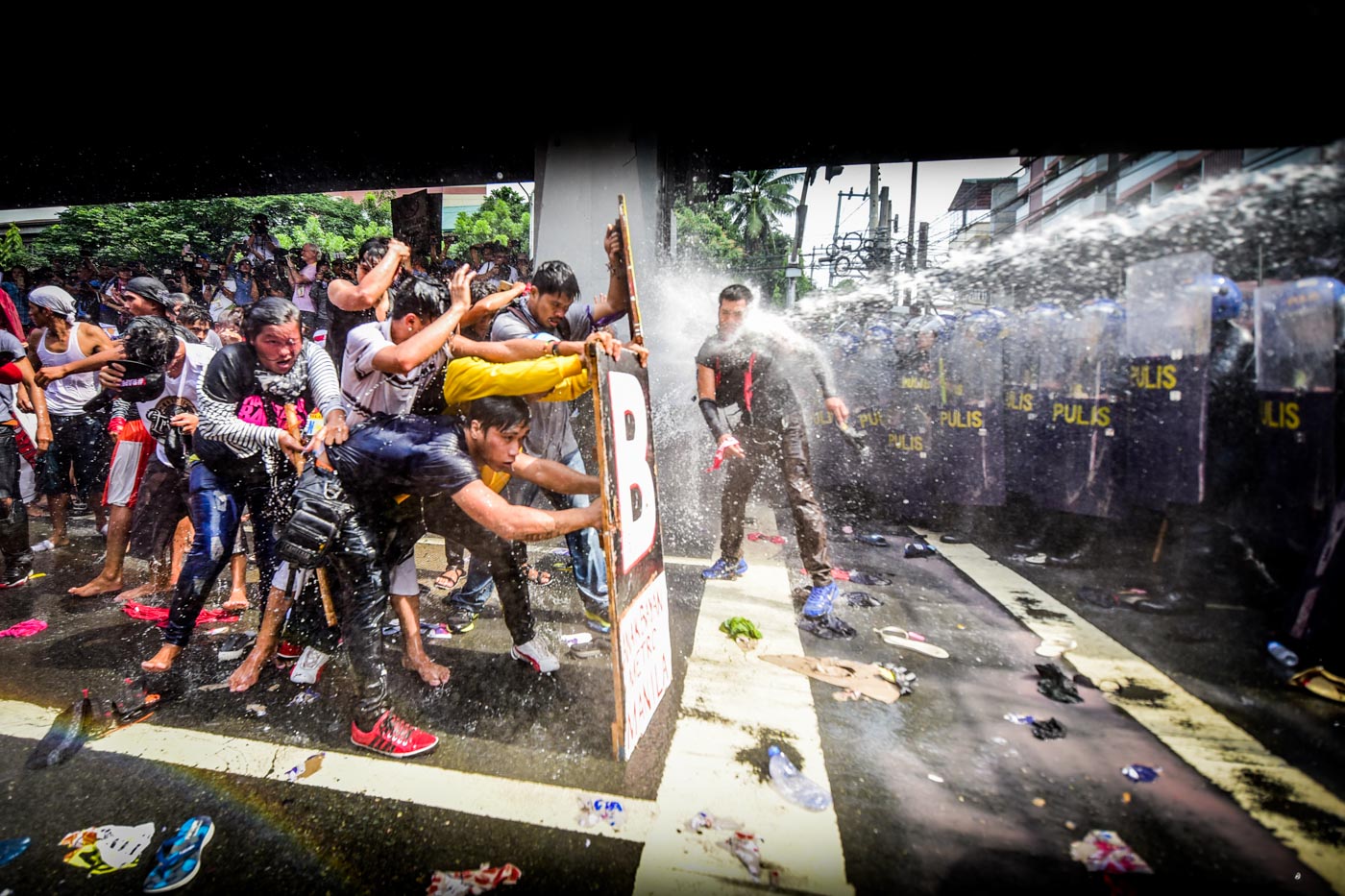 Authorities have deployed at least 60,000 security personnel for the international meetings which would bring together heads of the 10 ASEAN member-countries and their allies including the US. The Crowd Disturbance Management (CDM), tasked to deal with the protest rallies, is part of the ASEAN security team.

Trump and Duterte are expected to hold a bilateral meeting on Monday.

The US President arrived in the Philippines on Sunday, November 12, fresh off his trip to Vietnam, where he attended the Asia-Pacific Economic Cooperation (APEC) summit.