Nov 14, 2017 1:38 PM PHT
Aika Rey
Facebook Twitter Copy URL
Copied
But the group argues participation of the US and Japan in the 31st ASEAN Summit will bring in projects that support coal dependency in the discussion table 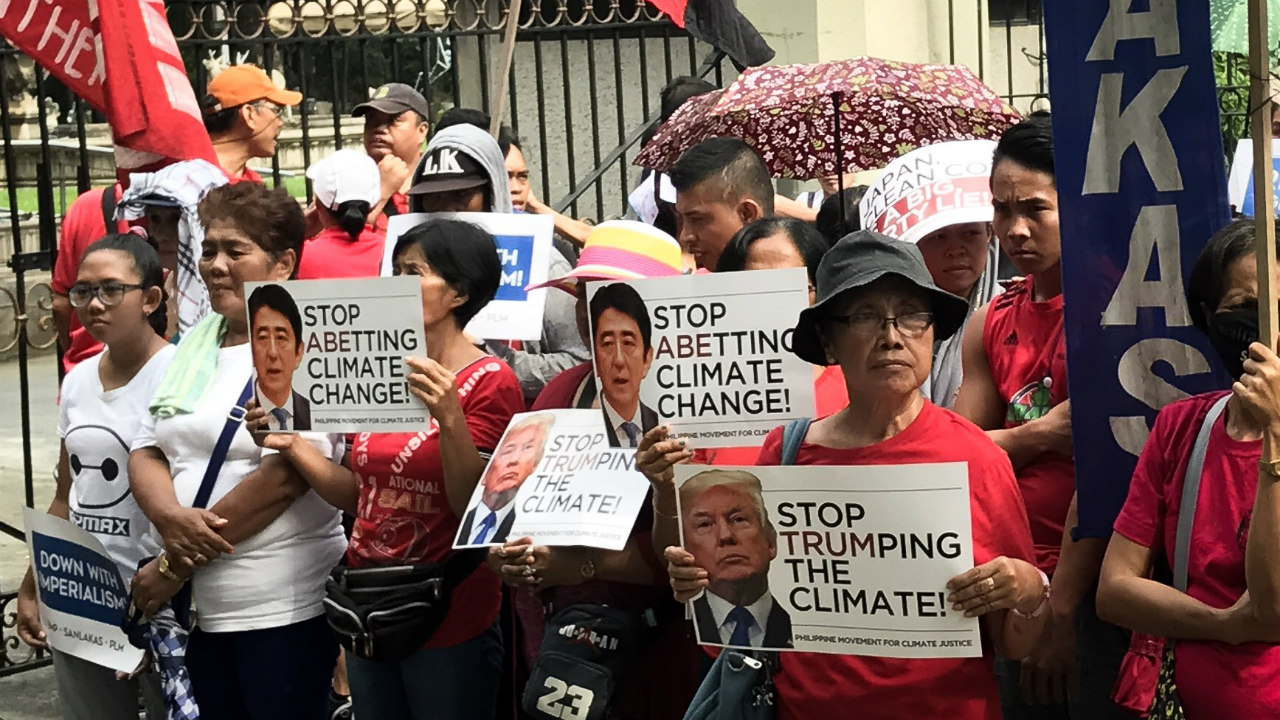 MANILA, Philippines – An environmental group called on the leaders of the Association of Southeast Asian Nations (ASEAN) to shift from the use of fossil fuels to renewable energy instead.

The Philippine Movement for Climate Justice (PMCJ) said leaders of ASEAN member-states should use the 31st ASEAN Summit in Manila as a venue to talk about solutions to address energy poverty within the region.

“Government leaders must generate meaningful solutions that would address the energy poverty in the region without compromising the well-being of communities and vulnerable sectors; and boost our resilience to adapt to climate change impacts,” said lawyer Aaron Pedrosa, secretary-general of Sanlakas Energy Working Group of the PMCJ.

The group also staged a protest against the participation of US President Donald Trump and Japan Prime Minister Shinzo Abe at the sidelines of the summit on Monday, November 13.

All ASEAN members have signed the landmark 2015 Paris Agreement, but the PMCJ argued that US and Japan will bring in projects that still support coal dependency within the region.

“They bring to the table a ‘business as usual’ agenda that would further us down the road to coal dependence and more carbon emissions. They are not welcome here,” Pedrosa added.

A recent study published in June also found that Japan has the highest clean coal technology in the world. Last February, the Japanese government unveiled its plan to build up to 45 new coal fired power stations.

Meanwhile, Trump, a known climate change denier, pulled out from the Paris climate accord for “it does not serve American interests.” The move made the US the only country not to join the agreement.

(We are continuously being made fools by the government and the developed countries! They are the reason why we experience stronger storms every year.)

The group tagged Trump and Abe as the “ultimate climate criminals” for their continued funds on coal-fired power plants. (READ: ‘Climate change is real’: Greenpeace taunts Trump in protest graffiti)

(Trump is a climate change denier. US is one of the top countries that contributes to environmental degradation. It gives out loans through banks to build coal-fired power plants that not only affects the climate but kills communities that lives around it.)

Baniaga added that Japan, on the other hand, believes in “clean” coal technology. She slammed the Japanese government for believing that coal technology does not bring pollution. (READ: How fossil fuels destroy biodiversity)

(Japan, on the other hand, believes in clean coal technology. [It] includes coal-fired power plants that do not give off black smoke. Carbon does not have any color! Why do we have to depend pollution on the color of a coal project’s smoke?)

Slap on the face 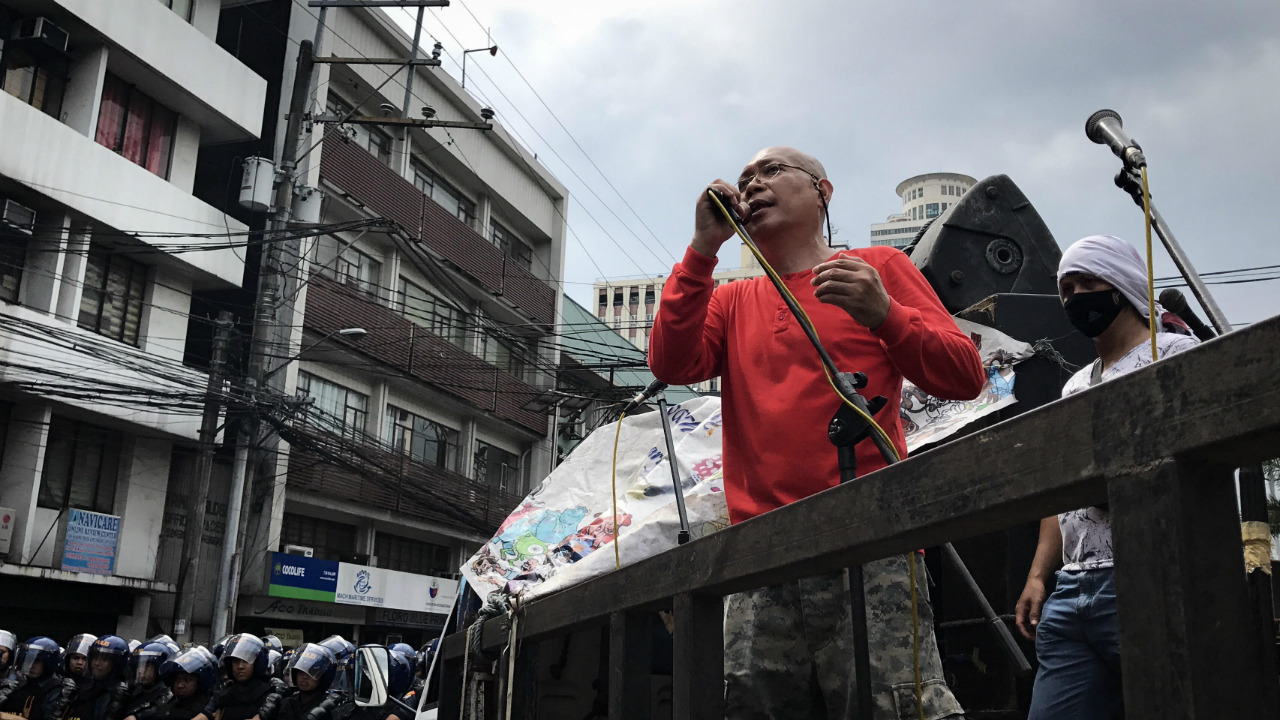 “This event is one big hypocrisy. We just commemorated the 4th year of Super Typhoon Yolanda. Then here we are, welcoming a climate denier and a world leader who invests in dirty fossil fuel and believes that clean coal technology exists,” said Val Vibal, PMCJ’s national coordinator.

A study by the Oxford Institute for Energy Studies showed that coal demand within Southeast Asia has surged since 2010, making coal the preferred option to fuel rising power demand.

However, fossil fuels such as coal contribute to climate change, studies have shown. A United Nations report said that if humans do nothing to drastically cut down on fossil fuel energy sources, the Earth will be 3.7 to 4.8 degrees Celsius (°C) warmer by 2100.

It also produces hazardous air pollutants which could affect the respiratory, cardiovascular, and neurological systems both on the long-term and the short-term.– Rappler.com