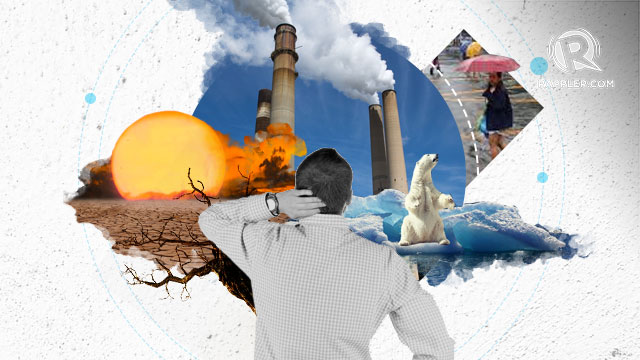 MANILA, Philippines – What makes climate change one of the biggest health threats of the 21st century?

With climate change now seen as a medical emergency, the Filipino Chevening alumni community hoped to answer this question during the first ever Philippine Health and Climate Action Summit (1stPHCAS) at the Ateneo School of Medicine and Public Health on Saturday, November 11.

Gathering all stakeholders – the government, the private sector, and civil society organizations – the event aimed to promote trisectoral collaboration to tackle the health threats posed by a changing climate.

As an archipelago with vast coastlines and a tropical climate, the Philippines is highly vulnerable to the impact of climate change. Risks facing the country include increased frequency of extreme weather events, sea-level rise, rising temperatures, and extreme rainfall. Subsequent direct and indirect health impact could include malnutrition, increased incidence of infectious diseases, and aggravated respiratory symptoms.

According to medical journal The Lancet, climate change can undo more than 50 years of gains in global health and development work. It also highlighted that mitigation and adaptation actions will have positive impact on public health and well-being.

Dr Paul Zambrano of Alive and Thrive Southeast Asia, one of the speakers in the summit, emphasized that shortage of water for drinking and farming can lead to problems in food security, which can threaten human health through malnutrition and food poisoning.

“Water sanitation is one of the main determinants of malnutrition. And these are all at risk if you do not adapt or plan to adapt for climate change,” Zembrano added.

He said he has been working with LGUs to include nutritional indicators as part of the climate change adaptation plan.

Changing weather conditions can also trigger the proliferation of climate-sensitive diseases. According to Jonathan Flavier of the Philippine Center for Population and Development, the proliferation of vector-borne diseases like dengue and malaria has always been viewed as a public health issue when it is actually something that concerns the environment.

“In the last 10 or 15 years, there was an upsurge in malaria [in the Philippines], and that upsurge happened in Zambales, Agusan, and some parts of Davao. And when we traced why that upsurge happened, it was mainly because of environmental degradation,” noted Ramon San Pascual, executive director of Health Care Without Harm Asia.

Carbon emissions are the biggest contributor to climate change, and they are also the most prominent factor influencing our health. According to the United States Environmental Protection Agency, ground-level ozone – produced by emissions from coal-fired power plants, factories, and motor vehicle exhausts – can damage lung tissue and can reduce lung function and inflame airways. This can increase respiratory symptoms and aggravate asthma or other lung diseases. It is especially harmful to children, older adults, outdoor workers, and those with asthma and other chronic lung diseases.

Joyce Melcar Tan of the Asian Development Bank noted the importance of quantifying the potential health costs of climate change when building infrastructure projects. She suggested that instead of focusing only on the financial and economic costs of government projects, the co-benefits of public health should also be considered.

For example, coal projects might be seen as a cheap source of energy, but if their impact on health is considered, the actual costs of these projects are very high. The continuous air pollution created by the fossil fuel industry has an estimated death toll of 7 million people a year. How do you even put a price on that?

“We need to reframe the way we look at climate and health. We have to put a numerical value to these avoided health costs, so that we can ultimately decrease the overall project costs, and in that way, make these projects more affordable and more attractive for the people, the government, and the organizations that will fund them,” Tan said.

Doctors must go beyond borders

For Dr Miguel Dorotan of the World Health Organization, flexibility and efficiency are essential in leadership and command management. He argued that we should opt for leaders who know how to address disasters and emergencies, not just management under normal circumstances, and must have the capacity to shift roles and responsibilities.

He also said that different hazards entail different sets of technical capacities, so there is a need to influence actions across government, international agencies, NGOs, the academe, and the private sector.

“It is important that we have a consistent message in making sure that our actions are complementary and not overlapping. And we should have a common platform for information and resource sharing. We need to enhance our collaboration beyond coordination and start converging,” Dorotan said in his speech.

San Pasual reminded health professionals that it is also their responsibility to effectively communicate both the threats and opportunities posed by climate change to policy makers and to the people, to ensure that climate change is understood as being central to human health and well-being.

The roles and responsibilities of health professionals go way beyond treating diseases. As emphasized by Dexter Galban, program director of the summit, “Trisectoral collaboration is very important because in order to propel public health, you need all the stakeholders coming together to improve the environment and the climate as a whole.” – Rappler.com

Roy Joseph R. Roberto is a Climate Justice Fellow of Climate Tracker, one of the biggest hubs of online writers and climate advocates worldwide. He has been named as Youth Champion for Climate Action by the 2030 Project in the Philippines. He wrote this article in collaboration with the Climate Action Network.