The making of outstanding campus journalists from Camiguin This did not discourage two sisters from Camiguin province -Trisha Marie and Earl Joy Lopina – from becoming award-winning campus journalists.

The sisters are both recipients of the National Schools Press Conference (NSPC) Most Outstanding Campus Journalist Award – Trisha Marie in 2016 and Earl joy in 2017. (READ: WATCH: Rappler X introduced at NSPC 2017 for online publication) The eldest of 5 siblings, Trisha Marie was the first to enter campus journalism in junior high school. Inspired by her sister, Earl Joy, also a high school student then, followed in her sister’s footsteps. (READ: WATCH: 100 days to go before NSPC 2018)

Their parents have supported them as much as they could, but due to financial difficulties, they had to work on weekends to make ends meet, leaving Trisha Marie and Earl Joy in charge of the household.

Practice sessions for campus journalism contests were usually scheduled on Saturdays. The only way for the sisters to make it to the sessions was to bring their 3 younger siblings to school.

“We would just give them our phones so they could play while we are reviewing,” Trisha said in Filipino.

To review, the sisters often used old books because they did not have access to updated practice materials which were costly.

So when they were competing, the sisters made sure that they were able to save from their allowance.

During the holiday season, the sisters and their team would also go Christmas caroling just to raise funds for their delegation in competitions.

“We were lucky to have a very supportive community whom we could go to when we needed financial assistance for competitions,” Earl Joy said. The Lopina sisters were sometimes compared to each other, but this deepened their bond as sisters and campus journalists.

“I was always compared to my sister. And whenever she won, people expected me to win as well. But my sister was the one who inspired me to be better and to create my own identity,” Earl Joy said.

Together, they faced the challenges that came their way.


“The biggest challenge that I faced as a journalist was my fear of failure. My many readings never taught me to how to overcome those doubts and anxieties,” Trisha Marie said.

The sisters have continued to train even after winning several awards. Win or lose, preparation is key, they said. 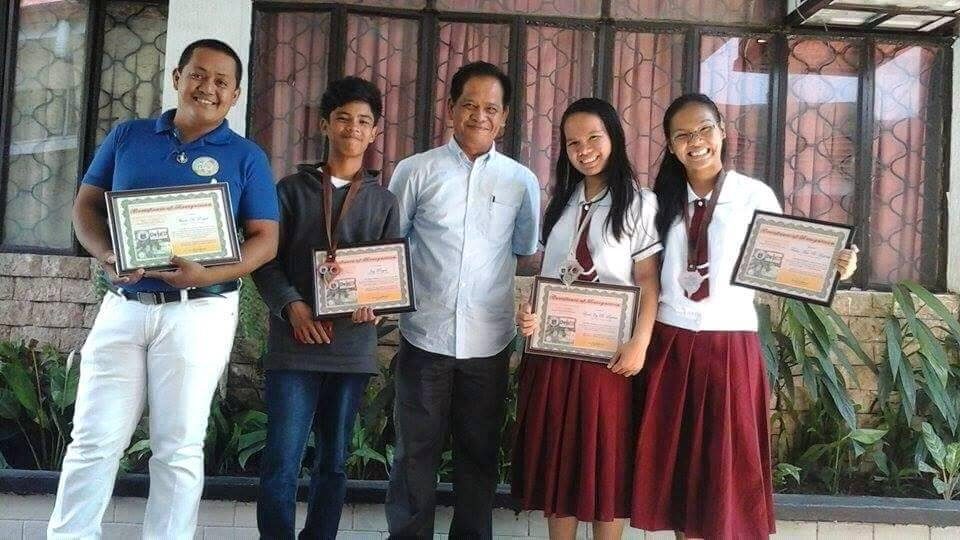 The sisters are now in Senior High School and have landed scholarships in leading universities in Mindanao. Earl Joy is in Grade 11 while Trisha Marie is in Grade 12.

Even if they are no longer competing in press conferences, their passion for campus journalism has lived on.

Earl Joy is writing for Squire in Xavier University in Cagayan de Oro while Trisha Marie is a member of Tulay in Ateneo de Davao University.

“We’ve realized how fulfilling it is to share your knowledge with younger students,” Trisha Marie shared.

Their advice to aspiring campus journalists is to keep their passion burning wherever they go.

Earl Joy stressed that one should not just write for school press conferences, for the awards, and for fame but for a greater purpose.

Follow MovePH’s countdown to the 2018 National Schools Press Conference (NSPC). The “Olympics of Campus Journalism” in the Philippines is set to gather the best campus journalists in the country from February 19 to 23, 2018 in Dumaguete City with the theme “Embracing ASEAN Integration: Campus journalists’ role in advancing inclusive education.”