IN PHOTOS: Relatives of political prisoners run for freedom MANILA, Philippines – Hundreds of joggers crowded the academic oval at the University of the Philippines-Diliman on December 3, a typical Sunday scene. But for a number of joggers that morning, the run was more than just a physical activity but also a statement, calling for the freedom of 449 political prisoners in the country.

Wearing orange shirts and carrying banners, friends and relatives of political prisoners ran around the state university to make a political statement.

The symbolic run, titled “Run Free,” condemned President Rodrigo Duterte’s supposed crackdown on activists in the country. It is organized by progressive groups Selda and Hustisya.

According to human rights group Karapatan, there are 449 political prisoners in the country – 121 of which were arrested and detained under the Duterte administration.

“We will not run away from Duterte’s tyranny. Nobody among us believe that his orders to shoot-to-kill terrorists are only directed at armed revolutionaries…Duterte’s mad spree is running after people who fight for their rights,” Almonte said. (READ: Duterte orders police, military to shoot any armed NPA member)

To make a statement in time for the International Human Rights Day on December 10, political prisoners also started their fasting on Sunday.

Here are some photos from the run: 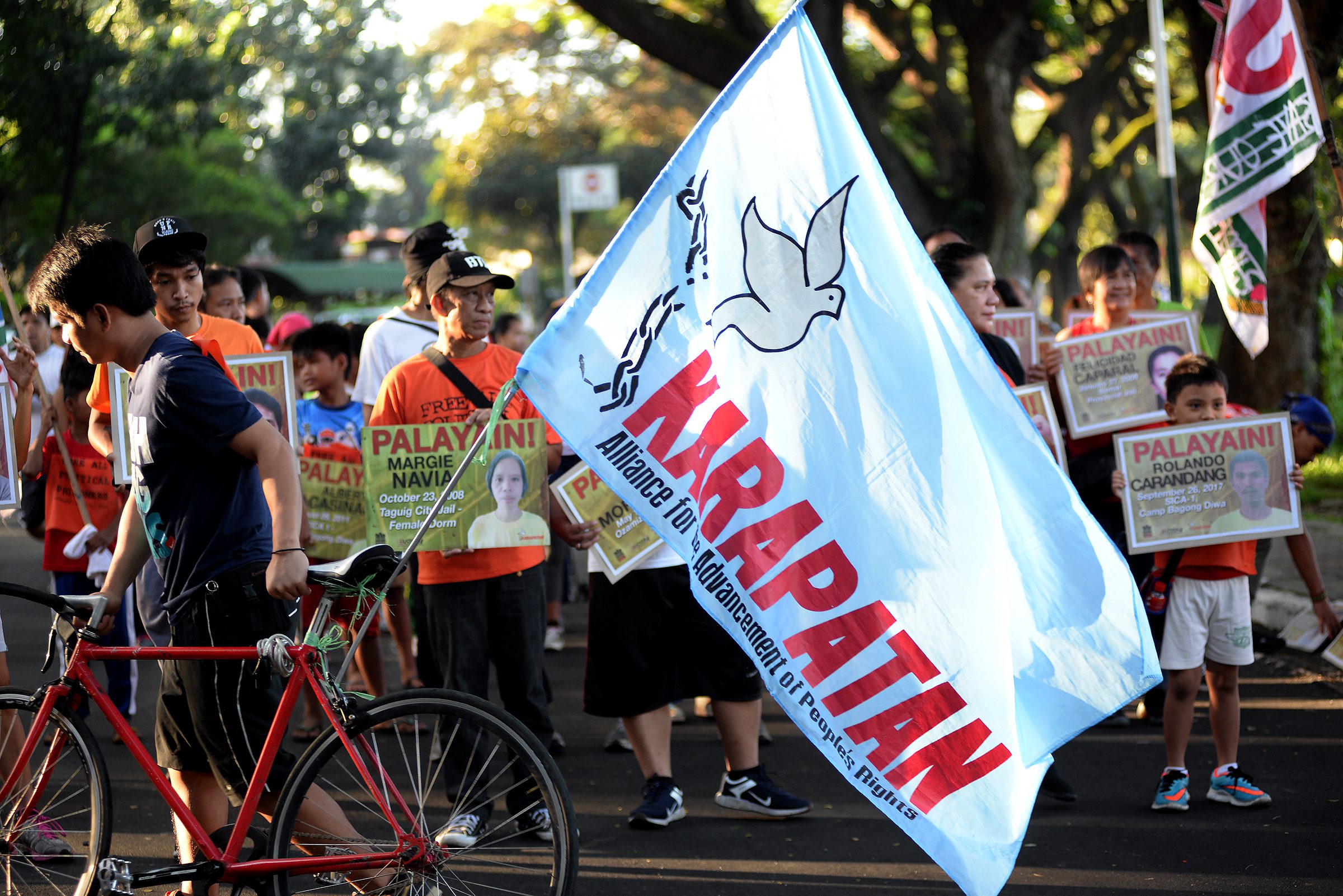