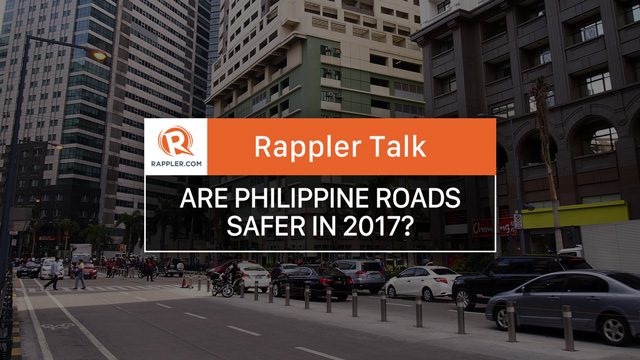 MANILA, Philippines – Deaths from road crash incidents are rising in the country every year.

In 2006, the Philippine Statistics Authority recorded 6,869 deaths due to motor vehicle crash incidents. Nine years later, in 2015, the figure jumped to 10,012.

Several policy measures have been implemented but gaps remain, according to experts.

Last November, the Department of Transportation launched a road safety plan to reduce fatalities from road crash incidents, an update of the earlier action plan launched in 2011.

Are Philippine roads safer in 2017 and in the coming years?

On Thursday, December 7, Rappler researcher Aika Rey will talk to Transportation Assistant Secretary Arnulfo Fabillar about the state of road safety in the country and measures to strengthen it.