PAMPANGA, Philippines – Having recognized as the first to comply with the Ecological Solid Waste Management Act of 2000 (Republic Act 9003), San Fernando in Pampanga is known locally and internationally, as one of the pioneers in zero waste.

In 2012, just a year after its partnership with Mother Earth Foundation, it was able to divert 70% of its waste away from the dumpsite, and to good use.

The city’s public and private schools have been actively implementing zero waste projects – thus making them a huge part in the city’s success.

Their efforts are helping influence thousands of youth into adopting these practices through the platform for partnership among schools and youth leaders that the city has provided. (READ: 6 creative ways to go ‘zero waste’)

Strict segregation is practiced in St. Scholastica’s Academy, where Sister Delia Singian has helped in linking the Benedictine school’s mission to the city’s efforts in pursuing Zero Waste.

Trash bins for different kinds of waste are seen around campus. In the cafeteria, there are no plastic straws and disposable utensils; students also separate their food wastes. The school’s Materials Recovery Facility is well maintained.

It’s not only the private schools that practice Zero Waste – the city’s public schools are just as active in this advocacy. One of these is Sindalan Elementary School, led by its principal Lorna Aquino. (READ: PH food wastage: Think twice before wasting your meal)

Through Project W.O.W. (Warriors of Waste), the school focuses on segregating wastes and facilitating the construction of the school’s Materials Recovery Facility. Students act as “warriors” by monitoring the segregation of wastes per classroom, and overseeing composting and recycling. Sixth grader Isabela, 11, is the vice president of the student government, and part of her job is to monitor trash segregation.

(If you’re happy, you want what you’re doing, and you have a strong relationship with your organization. It’s not that hard, because everyone is cooperating in order to achieve our goal.)

Grade 12 student Jam Manalese, 17, is the former president of the YES-O Network and the current president of the Zero Waste Youth Pilipinas. He represented the youth sector in the City Solid Waste Management Board (CSWMB). 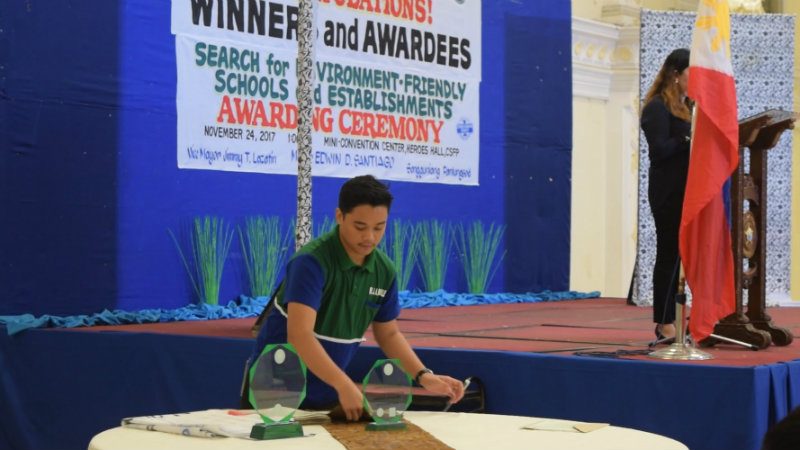 Manalese said it is important to create such networks in order to achieve a sustainable environment in the future.

(My major role is to be an agent of change. I believe that raising awareness [on the different environmental problems] here in San Fernando, will cause a domino effect across the Philippines, and eventually, throughout the world.)

“Giving responsibility to the youth empowers them to help and contribute in solving the waste problem,” said Froilan Grate, president of Mother Earth Foundation and Regional Coordinator of GAIA AP. “It allows them to fully understand that what they are doing is vital to the city’s zero waste goal.” – Rappler.com

The author, Paula de Castro, is the communications officer of Mother Earth Foundation. School administrators provided consent for the interview of the students.