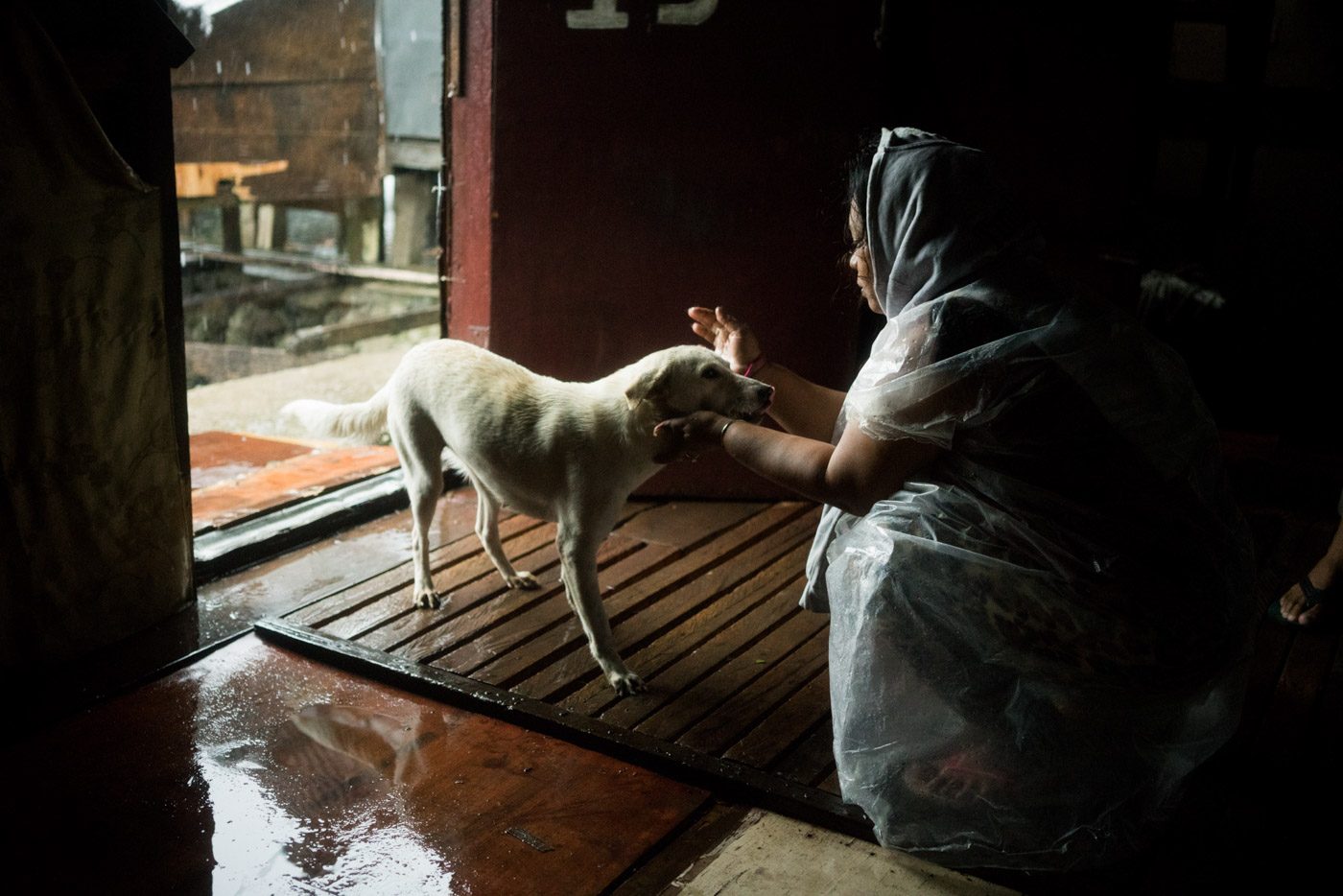 She was worried about her 3 dogs.

“They’re stuck inside the house. I returned to make sure they’re all right,” Romulon said.

Pets were not allowed in the evacuation center, according to Romulon.

Romulon’s family was among the 750 families that sought shelter in evacuation centers across Tacloban City.

The city was placed under state of calamity on Friday, December 15, due to widespread flooding and landslides.

At least 80 barangays in the city were flooded while 8 were hit by landslides on Friday as the tropical storm dumped heavy rains on Eastern Visayas.

No casualty has been reported so far, but two were injured by a landslide in a barangay. – Rappler.com