More than 6,400 passengers stranded at ports due to Vinta 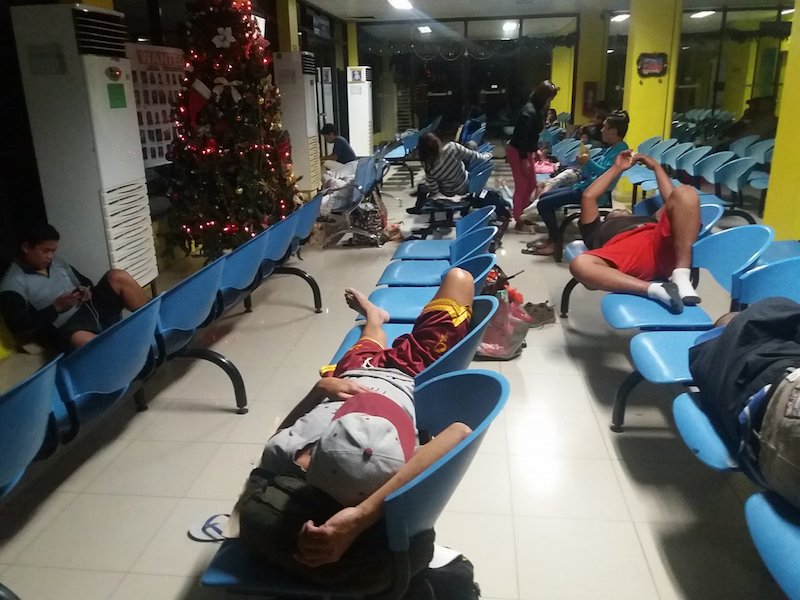 PCG records showed at least 6,405 passengers, 423 rolling cargoes, 102 vessels, and 20 motor bancas were stranded after maritime activities in the eastern seaboard of Mindanao and Leyte were cancelled due to Vinta.

The PCG recorded this around midnight on Friday, December 22, a few hours before Vinta’s landfall in Cateel, Davao Oriental.

Based on PCG’s report, the biggest number of stranded passengers was in Central Visayas, at 2,461. The rest of the stranded passenegers and vessels come from Metro Manila, Northern Mindanao, Eastern Visayas and Southern Visayas.

In Cebu, the Philippine Coast Guard (PCG) has cancelled the trips of at least 28 vessels bound for Bohol, Leyte, Negros
Oriental, and Mindanao due to Vinta. PCG Cebu head Commander Jerome Cayabyab said the cancellation of sea
trips has resulted to at least 1,531 passengers stranded in various ports.

(The trucks are not safe to cross the flood. There are kids, senior citizens, pregnant women among the stranded passengers. Help comes slow and there is no working system.)

Lim added that many of the stranded passengers came from the Calapan Pier, and are headed to Pinamalayan, Roxas, and other towns of Mindoro.

According to state weather bureau PAGASA, Vinta was already in the vicinity of Monkayo, Compostella Valley as of 6 am on Friday.

Vinta intensified into a severe tropical storm on Thursday night ahead of its landfall, packing maximum winds of 90 km/h and gustiness of up to 125 km/h. (READ: EXPLAINER: How tropical cyclones form)

In Davao Oriental, over 16,000 evacuated after local authorities conducted preemptive evacuation in flood-prone and landslide-prone areas in the northern part of Davao Oriental, which includes the towns of Boston, Cateel, Baganga, and Caraga. – with a report from Mars Mosqueda/Rappler.com