Facebook Twitter Copy URL
Copied
Located near the coastline and the Cugman river, the flooded area has been identified as an area highly susceptible to flooding even before Vinta's landfall

In a photo by Maricel Eduave Tawacal, a resident at Cugman, rescuers were seen braving the flood to bring residents to safety.

Located near the coastline and the Cugman river, the flooded town had been identified as area highly susceptible to flooding even prior Vinta’s landfall. The report was based on the shapefiles of the hazard maps produced by the Mines and Geosciences Bureau. (READ: What are the hazard-prone areas along Vinta’s path)

According to the Cagayan de Oro City Facebook page, the Cugman bridge is no longer passable to trucks and heavy vehicles as of 10 am on Friday.

On Friday morning, the City Disaster Risk Reduction and Management (CDRRM) in Cagayan de Oro also raised “code red” in the city. It means forced evacuation in low-lying areas was being implemented.

In its latest weather bulletin, Pagasa said that Vinta continued to cross the Davao Region early Friday morning, following its landfall in Cateel, Davao Oriental, at 1:45 am.

At around 8 am, the state weather bureau said Vintai was in the vicinity of Laak, Compostela Valley, still moving west at 20 kilometers per hour.

Below are other photos of the flooded area of Cugman, Cagayan de Oro: 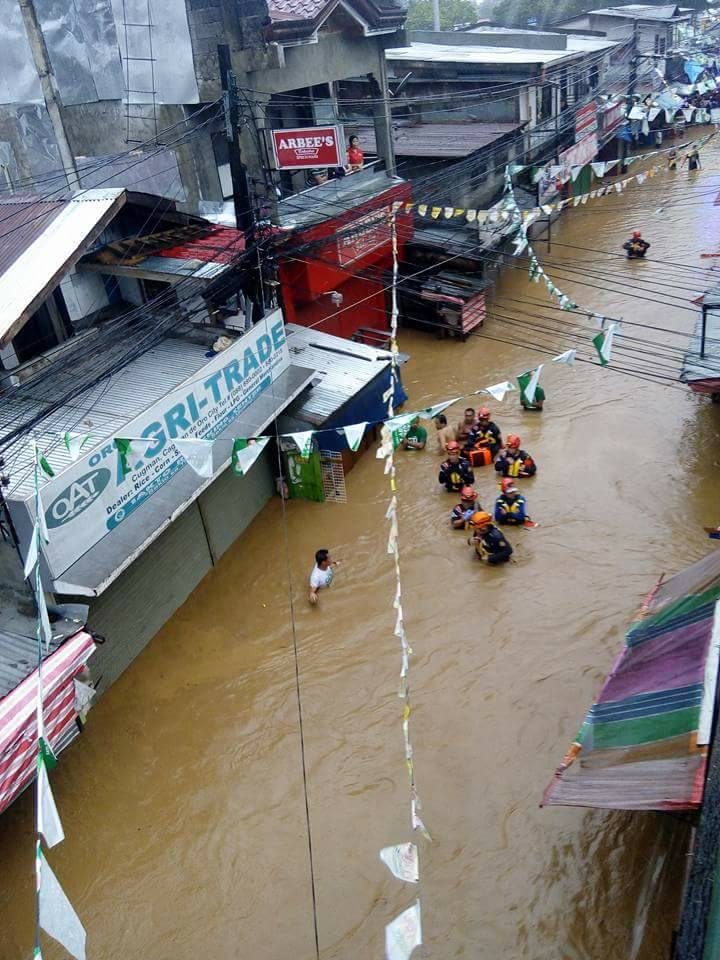