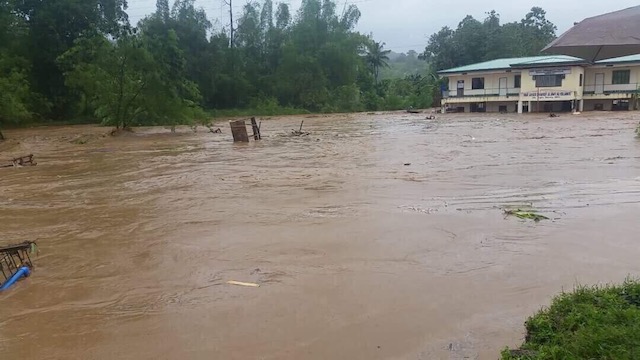 MANILA, Philippines – The National Power Corporation was asked on Friday, December 22, to open the gates of the Agus 1 hydroelectric power plant to ease the flooding in some parts of Lanao del Sur.

“We are appealing before the National Power Corporation to open the sluice gates in Agus 1 and the regulatory dams in Marawi,” said ARMM Assemblyman Zia Alonto Adiong, the son of the provincial governor.

Agus 1 controls the flow of water from Lake Lanao in Central Mindanao to Agus River, which flows through provinces in Lanao Del Sur and Lanao Del Norte.

Photos shared by Adiong show floodwaters submerging the first floors of buildings in the town of Bubong as of Friday morning.

The town is within the area declared by Department of Environment and Natural Resources as watershed.

In Marawi City, roads are also submerged in knee-high waters.

Flash floods hit the agricultural areas especially in the low-lying ones in the eastern part of Lanao del Sur.