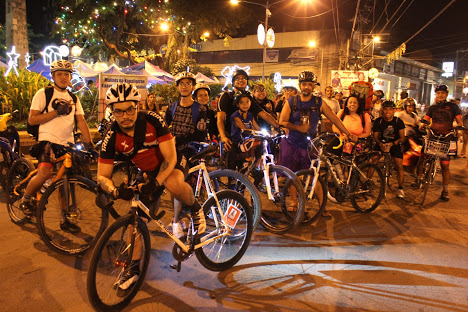 MANILA, Philippines – As most families enjoyed noche buena meals midnight Monday, December 25, a group of bikers celebrated on the road instead.

Every year, volunteer bikers from the Bike Scouts Philippines organize the “Midnight Ride,” where they would deliver gifts to homeless kids and their parents.

“The idea behind the ride is to bring the spirit of the season to the streets, where people who have little, or none at all, are often left to simply look on at others who pass them by in a rush to get home to their families with overflowing bags of food and gifts,” Myles Delfin, founder of Bike Scouts, said.

It is their 4th year organizing the outreach in 2017. They conducted the ride in Caramoan in Camarines Sur, in Leyte, and in Metro Manila. (READ: These good samarities spent noche buena on the road)

Delfin said the midnight run’s objective is simple: to help bring some hope to the homeless by showing them they are not forgotten.

In the Philippines, the homeless are as common as traffic in Metro Manila. According to a 2014 news report, Metro Manila is now ranked first worldwide as the city with the largest homeless population, estimated to be at 3.1 million.

Around the country, 1.2 million children are estimated to call the streets their home, with 70,000 in the country’s capital region.

The irony is that while the Filipino homeless are everywhere, they remain invisible to many Filipinos, said Marvin Lopez, team lead of Bike Scouts in Caramoan.

“What I love most about this is that I get to many ‘invisible people.’ We see them every day, but many do not take a second look and understand their plight,” Lopez said in a mix of Filipino and English.

One of those “invisible” Filipinos whom they have come to meet during the midnight run is Vicky.

Selling candies for a living, Vicky lives along the roadside with her grandchildren.

“We eventually became friends and almost like family – from the way they pull us close to welcome us on our yearly visit with them to the way they spend time with us,” Delfin said.

The best thing about the project, according to Delfin, is not exactly what the homeless Filipinos tell to the bikers. It is about the wordless smiles and hugs they greet them with every Christmas eve.

“With Vicky, along with a lot of other people we meet on the ride, it’s the smile they have when they see you arriving, the way they get up from their seat and run to you to give you a hug,” Delfin said.

Below are some photos during this year’s Midnight Run. 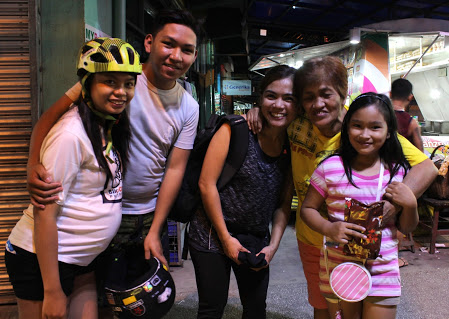 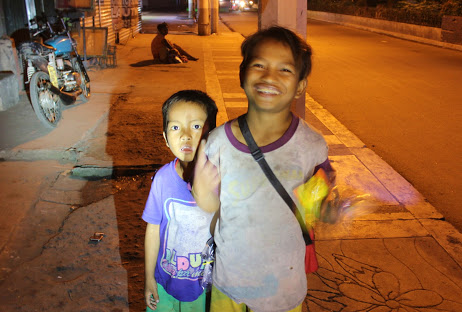 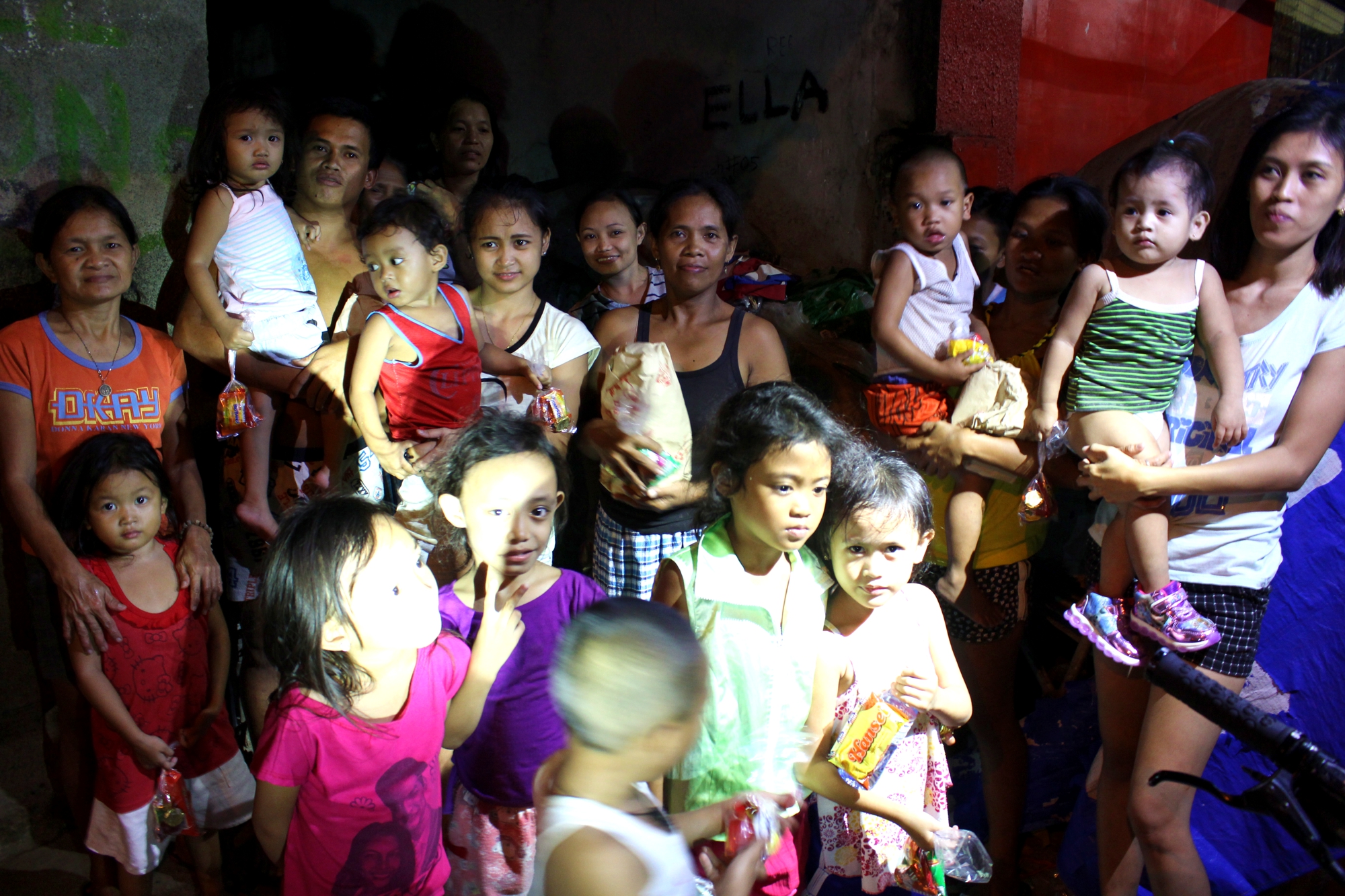 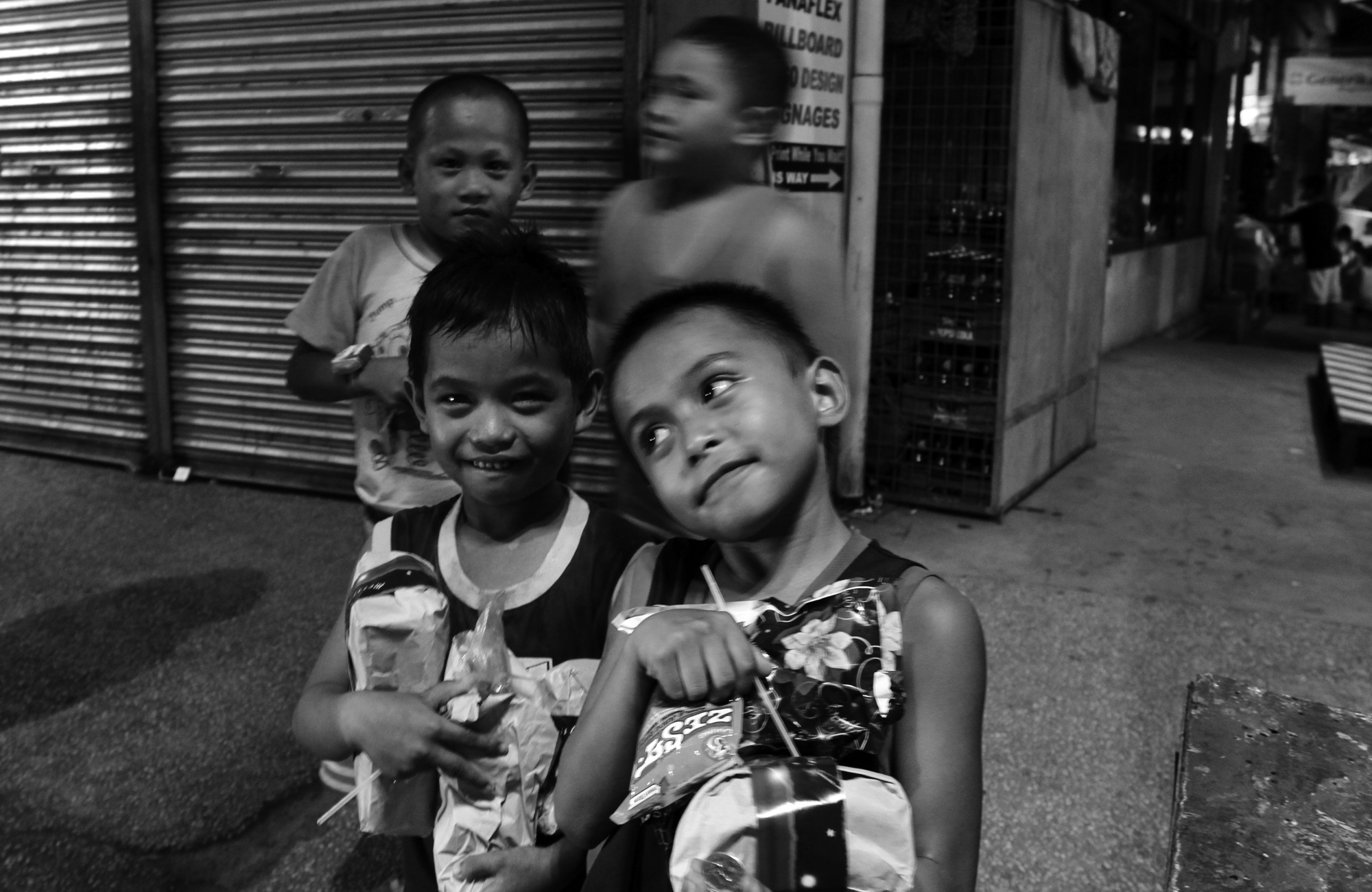 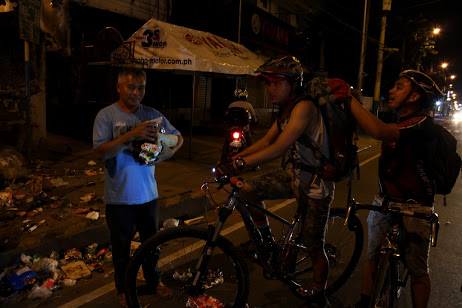 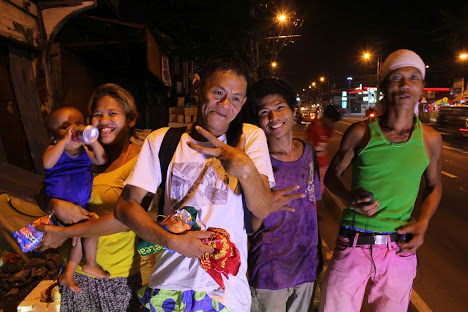 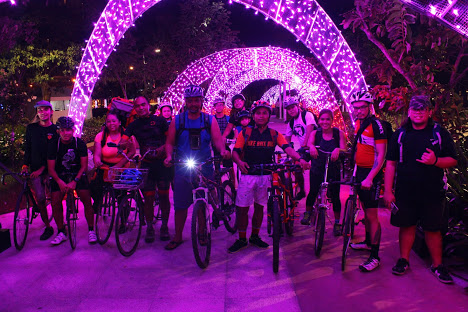