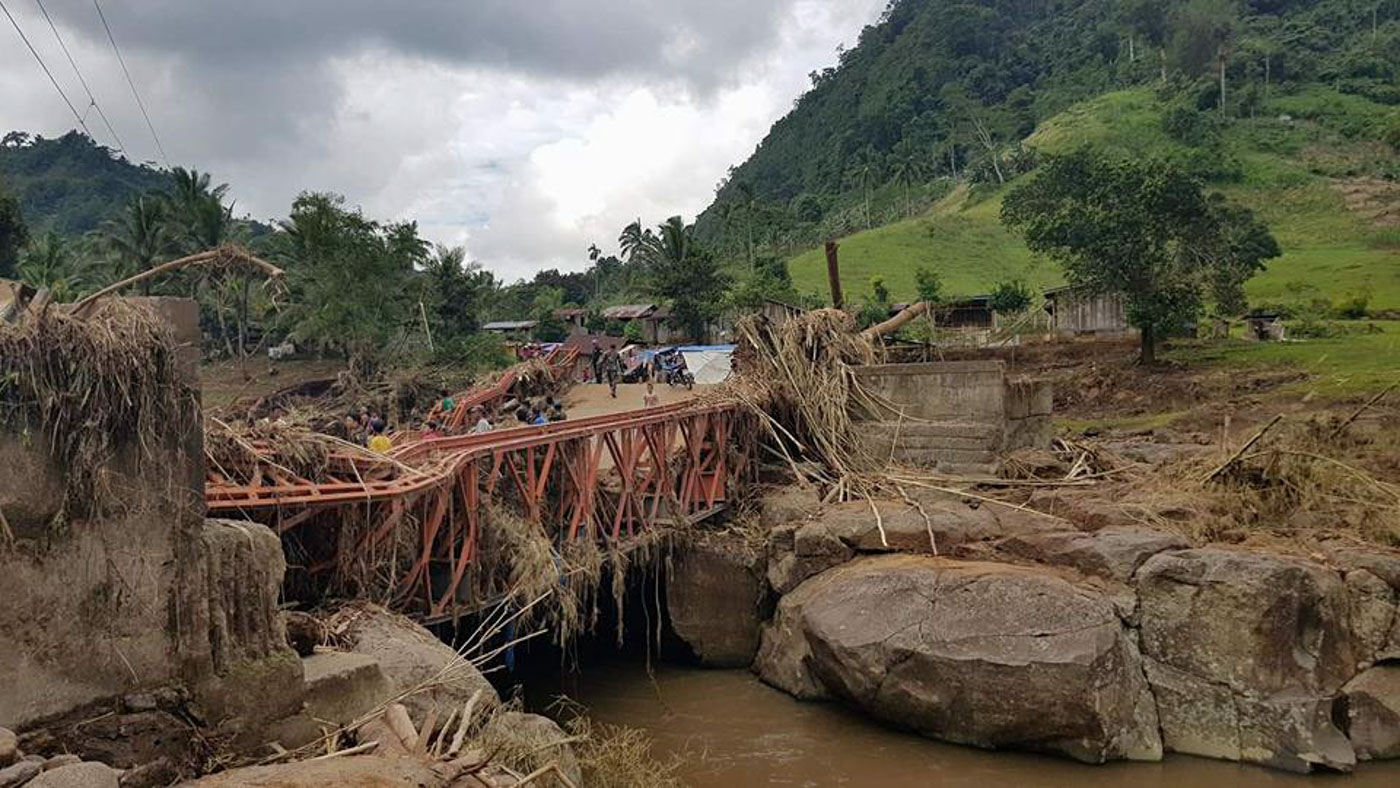 MANILA, Philippines (UPDATED) – From the air, President Rodrigo Duterte saw the extent of the devastation caused by Severe Tropical Storm Vinta (Tembin) in Lanao del Norte province on his way to a briefing in Tubod town on Wednesday, December 27.

According to Tawantawan, it is difficult to reach the affected areas in his town, where 151 houses were “wiped out” during the storm. They need temporary shelters and equipment to fix impassable farm-to-market roads – immediate needs which other mayors also reported to Duterte.

It was Duterte’s first time to meet the local executives since the storm that unleashed landslides and floods hit the southern Philippines on December 22, leaving at least 240 dead with scores of others still missing. Flash floods wiped out an entire mountain village in Tubod, where the meeting was held.

“Napakalungkot ho sabihin (It pains me to say that) we will end the 2017 with…so many deaths of Filipinos, ranging from carelessness to accidents and the typhoons. There seems to be sorrow prevailing in the country today,” he said. 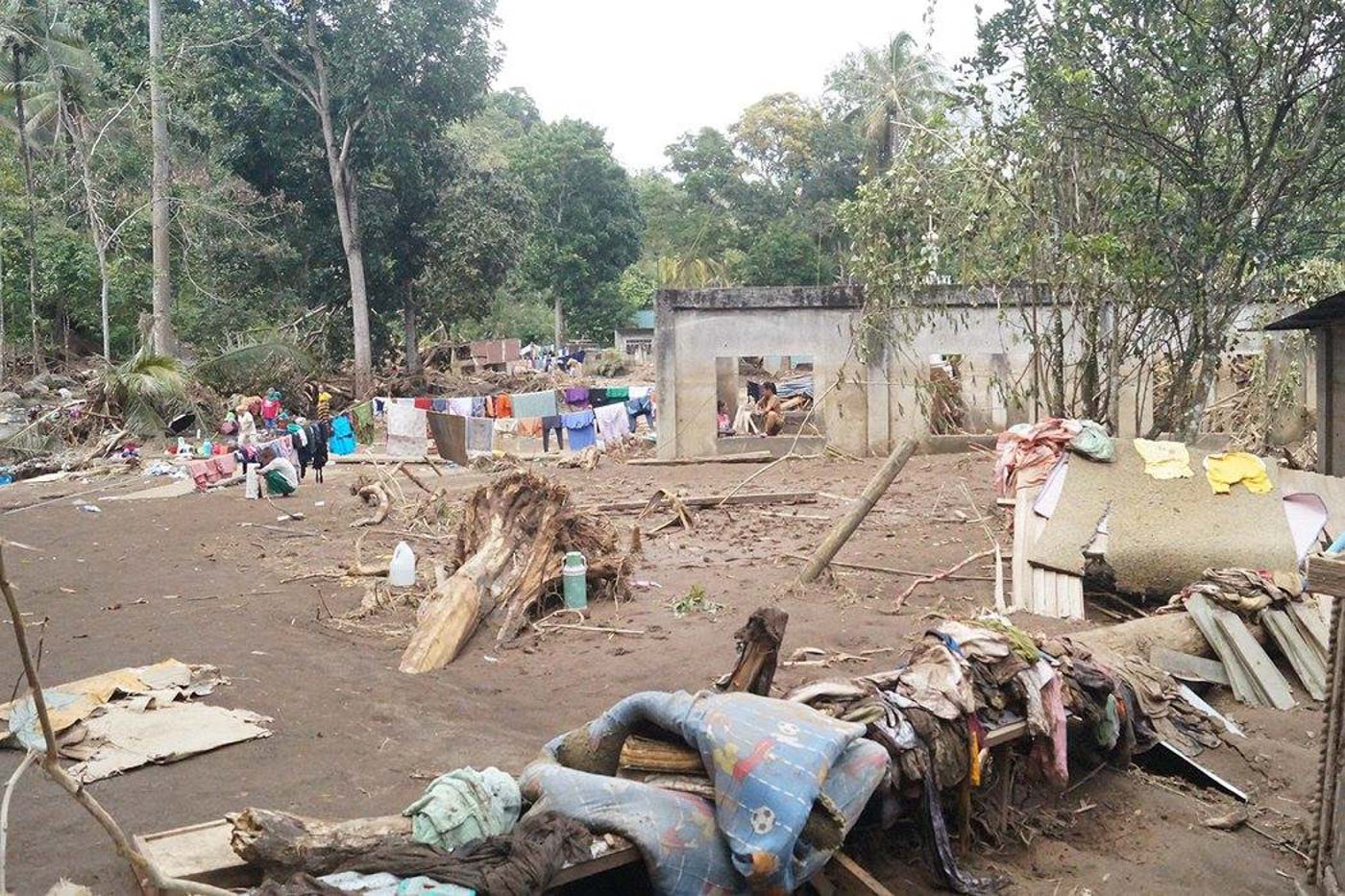 It was also Duterte’s first time to convene the NDRRMC since he assumed office, but no cabinet officials from agencies that constitute the NDRRMC were present during the meeting.

“There are no other Cabinet members, pero ang importante ho dito para sa akin is DSWD (Department of Social Welfare and Development (DSWD), DPWH (Department of Public Works and Highways), and ang Agriculture,” he told the mayors whom he directly asked to tell him what their needs were.

The following were the requests of the mayors and the President’s promises: 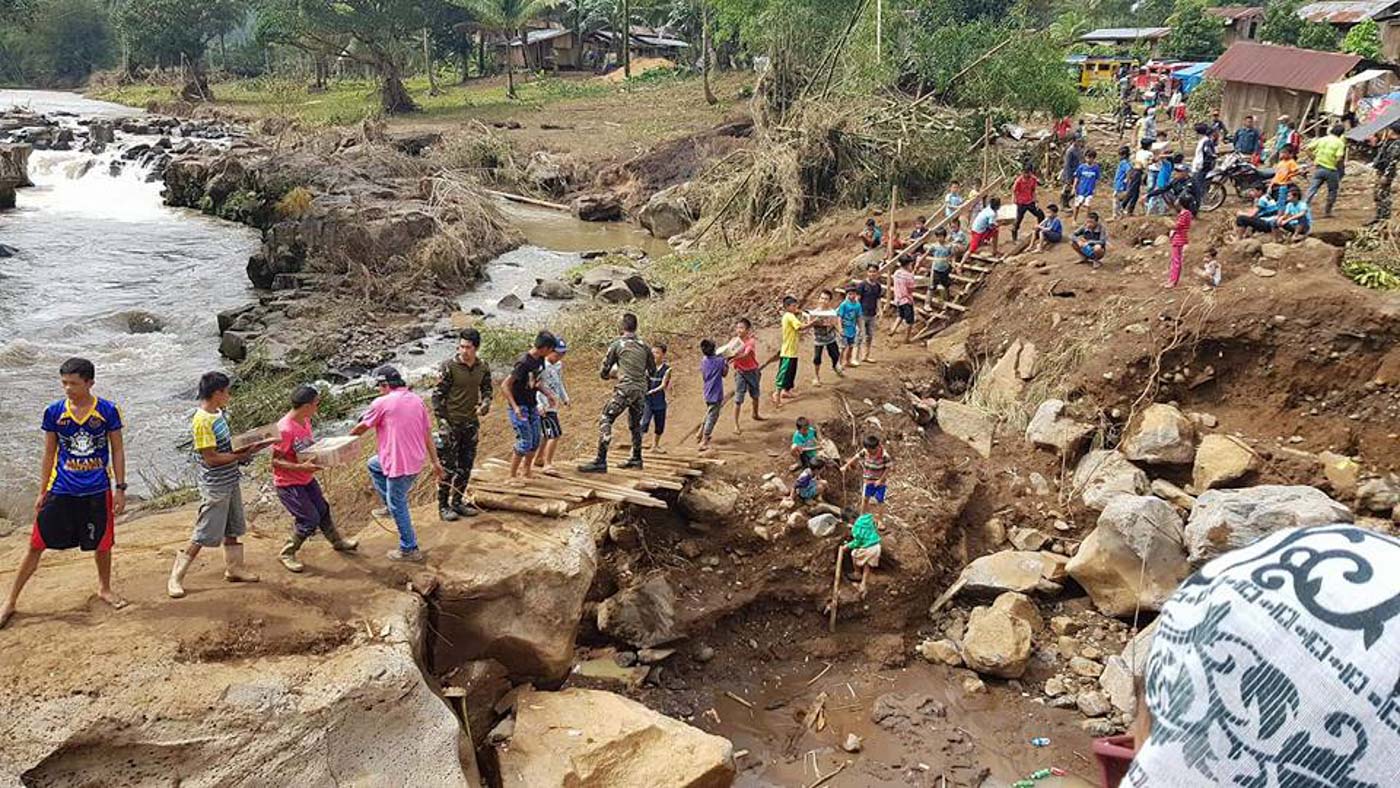 Does the government have enough funds?

Duterte gave the mayors assurances that the government still has “money to spend and supplies to share” with the affected areas.

“The money, as I said, is already appropriated. It’s in the departments concerned. I will just order them to come here and do their thing in whatever aspect they have to deal with,” Duterte said.

Duterte particularly said that there is enough money for education, health, and agriculture.

However, he did not mention where or how the government will fund the other requirements of response and rehabilitation efforts in the province and other affected areas.

During the Agos Summit on Disaster Preparedness in July, Albay 2nd District Representative Joey Salceda warned that the funds for handling calamities in 2017 are already insufficient.

“The [calamity fund] for 2017 – from the [National Expenditure Program] to the House and out of the [bicameral conference committee] – was cut down from P40 billion to P15 billion,” he in July 8.

Under the General Appropriations Act (GAA) or national budget, a total of P15.7 billion has been allocated for the DRRM fund, a P23-billion decrease from the P38.9-billion allocation in 2016.

The law states that funds for disaster management activities should be sourced from the DRRM fund to respond to urgent needs during emergency situations. (READ: Where can you access disaster funds?)

For 2017, a total of P15.7 billion – a P23-billion decrease from P38.9 billion in 2016 – has been allocated in the General Appropriations Act for the NDRRMC Fund, which includes quick response fund allocations that are spread across various implementing agencies.

In March, Undersecretary Ricardo Jalad, Executive Director of the NDRRMC, said that only about P5.8 billion is left of the fund – not enough to fund the needs of affected areas that are recovering from disasters. 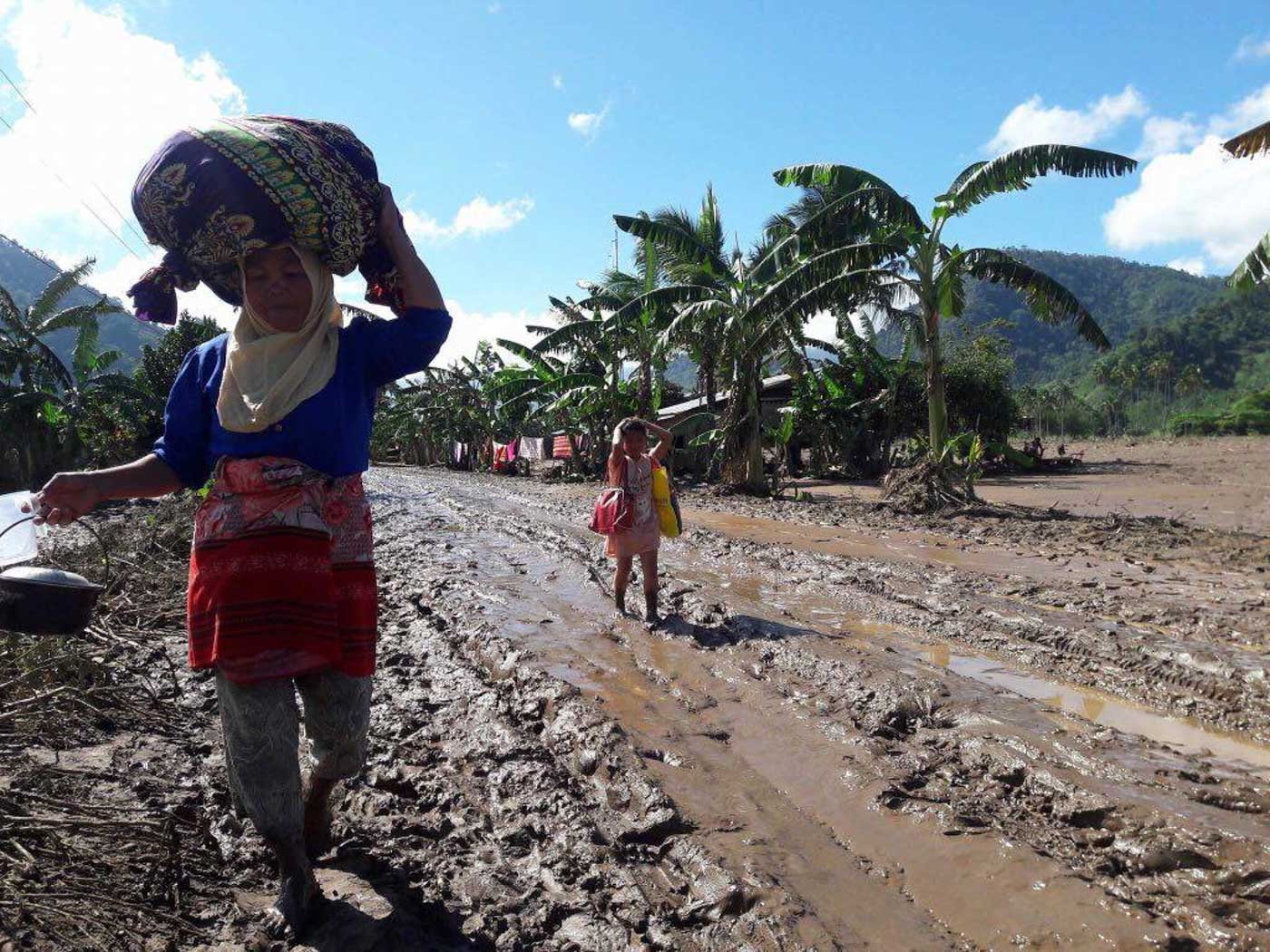 Republic Act No. 10121 or the Philippine DRRM Act established a disaster fund on the national level to respond to urgent needs during emergency situations. Funding allocation is determined in the national budget upon the approval of the President as recommended by the NDRRMC.

Local governments also request calamity fund assistance through their local DRRM councils, provided that they submit documents with the endorsement of the OCD regional director:

The OCD evaluates all requests. Only with the go-signal from the President, as recommended by the NDRRMC, can the Department of Budget and Management (DBM) release a Special Allotment Release Order (SARO) and a Notice of Cash Allocations (NCA) to an implementing agency or LGU.

Aside from the national disaster fund, the People’s Survival Fund Act also provides financial assistance to projects that will address the impacts of disasters and climate change. Jalad said that NDRRMC also intends to tap this source of fund which has about P1 billion allocation.

These are the challenges that the government will face as it deals with the last disaster in 2017, but the President expressed optimism that his administration will pull through.

“Subukan lang ho namin (We will try) to fast track everything. You can be very sure of that.” – Rappler.com