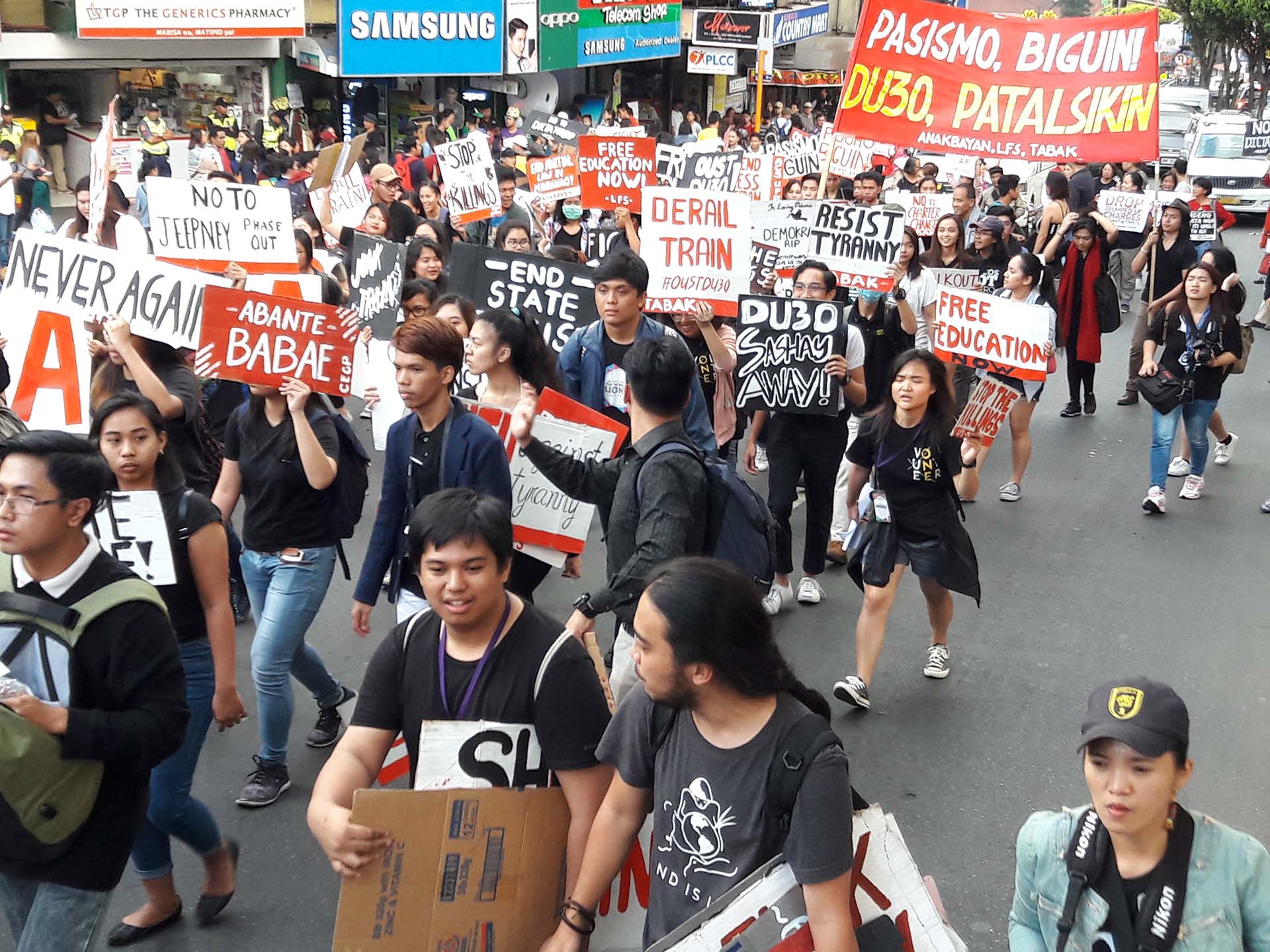 MANILA, Philippines – Overwhelmingly led by Filipino youth, thousands of students, artists, and activists took to the streets on Friday, February 23, from Luzon to Mindanao as a sign of protest against the administration of President Rodrigo Duterte.

The nationwide protest also comes more than a week after President Duterte threatened UP students he would give their slots to Lumad students if they continue engaging in walkouts and other protest activities. (READ: UP student groups vow bigger protests vs Duterte gov’t)

The hashtag #WalkOutPH trended on Twitter as Filipino youth took their calls from the streets to social media.

In Metro Manila, students from different universities started the day with individual activities at their respective campuses before gathering in Morayta, Manila with the rest of the protesters.

At the University of the Philippines (UP) Diliman, the students were joined by vendors and jeepney drivers as they “shut down Palma Hall.” Earlier on Thursday, UP Diliman Chancellor Michael Tan asked professors to excuse students attending the activities because it was a “part of their education.”

Martial Law survivor Boni Ilagan also talked to students from the College of Mass Communication and advised them to “create their own First Quarter Storm.” 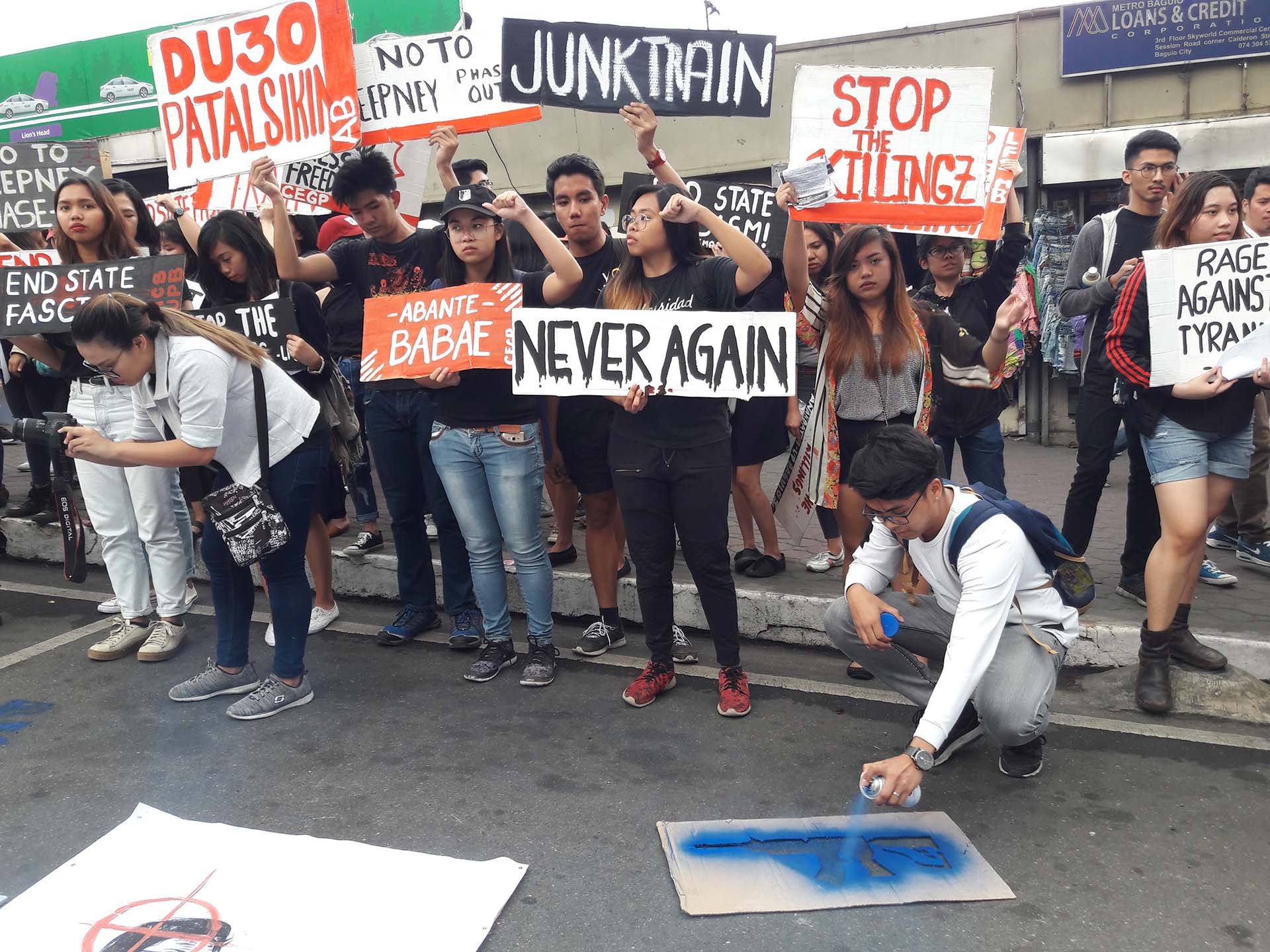 About 500 students, poets, artists, and activists paraded up and down Session Road at 5 pm on Friday in Baguio to protest the government’s plan to replace the 1987 Constitution.

The protesters held placards and life-sized tarps of a nun, farmer, IP, student, teacher, and others with targets on the head and heart to protest the EJKs being perpetrated by government. 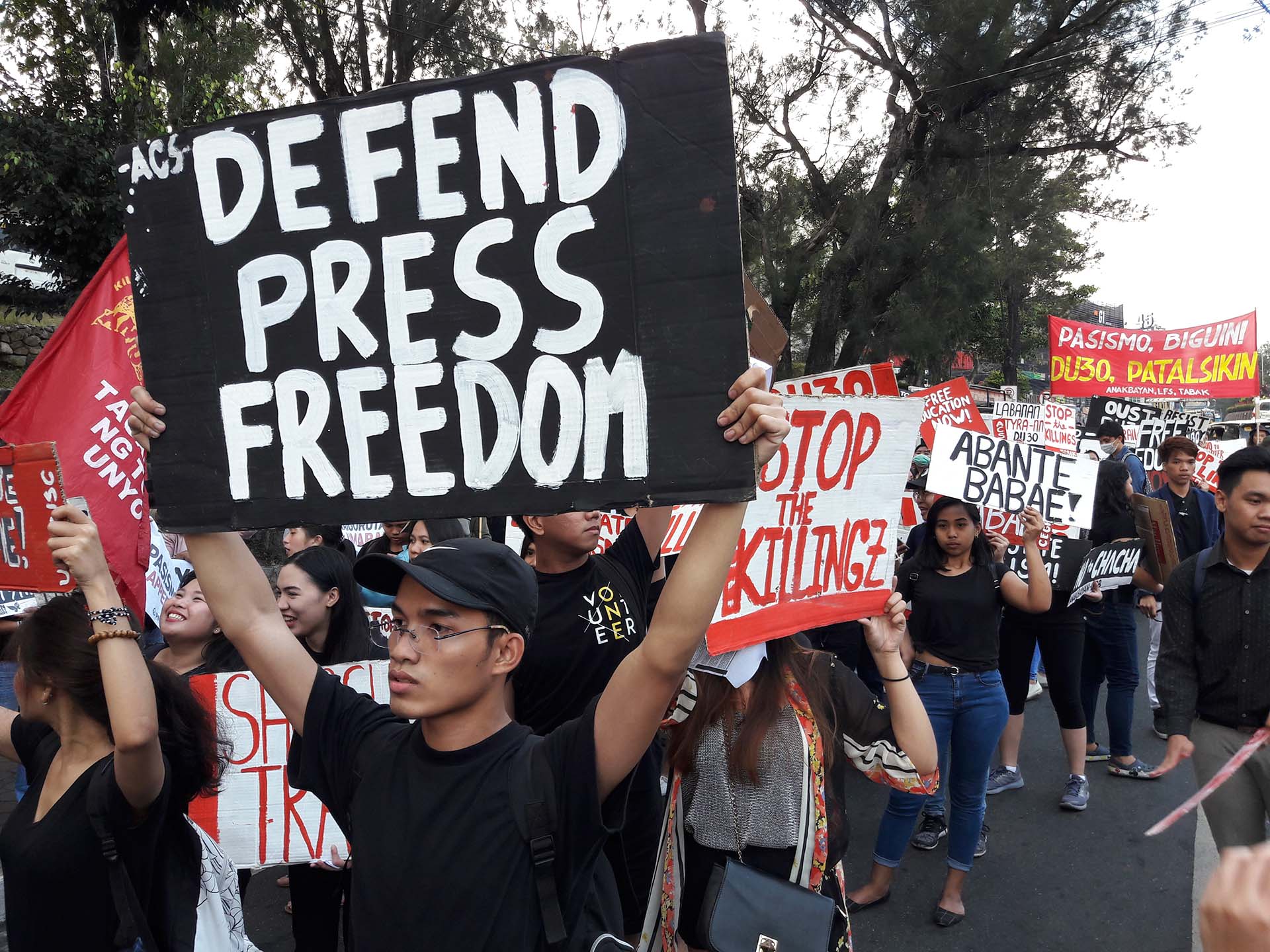 Yesterday, LODI convenors Inday Espina Varona, Tonyo Cruz, and Mae Paner spoke in a full-packed forum on fake news and creative protest at the Sarmiento Hall in UP Baguio. This was followed by a concert at Yagam Cafe on Session Road. 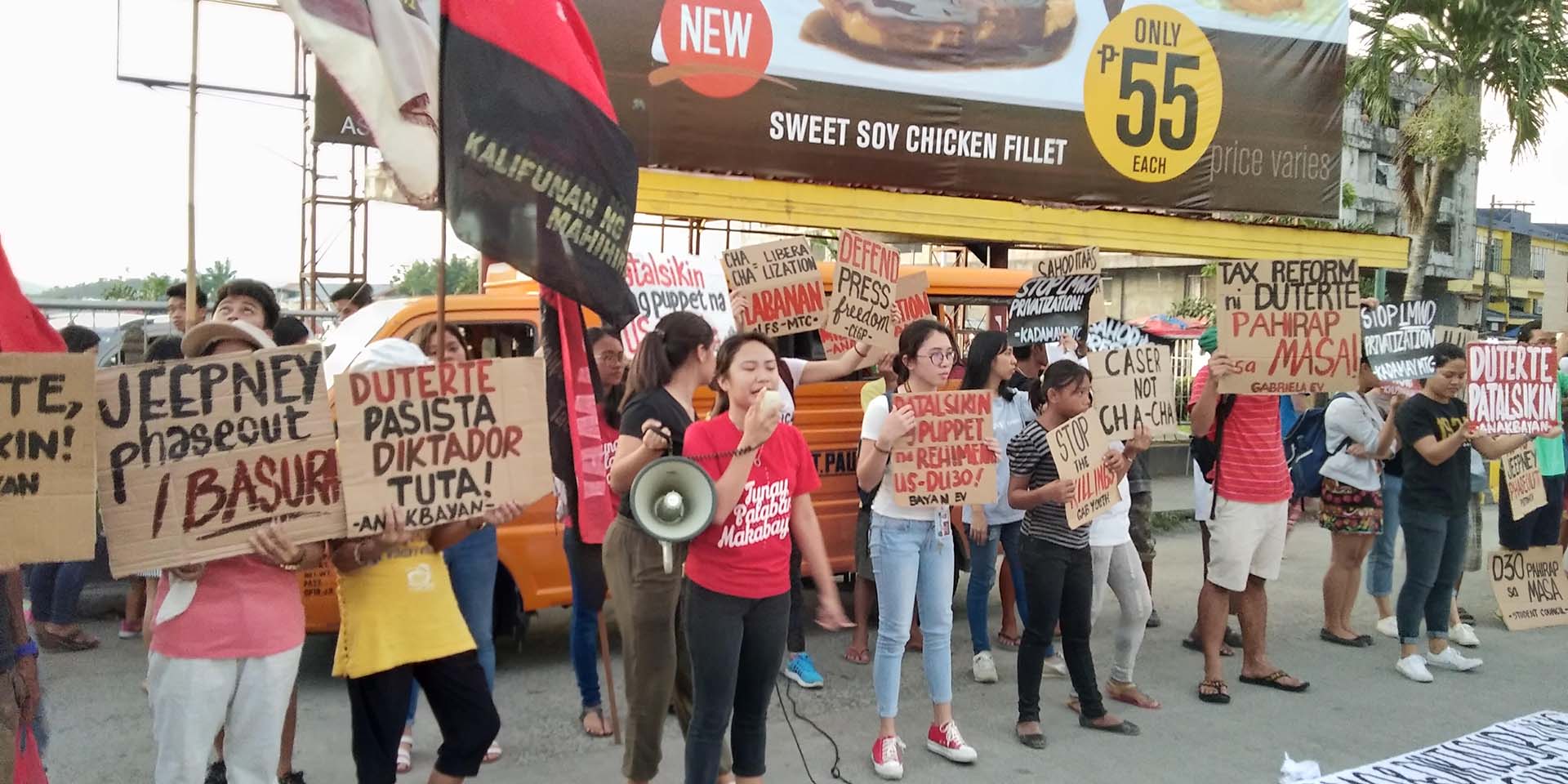 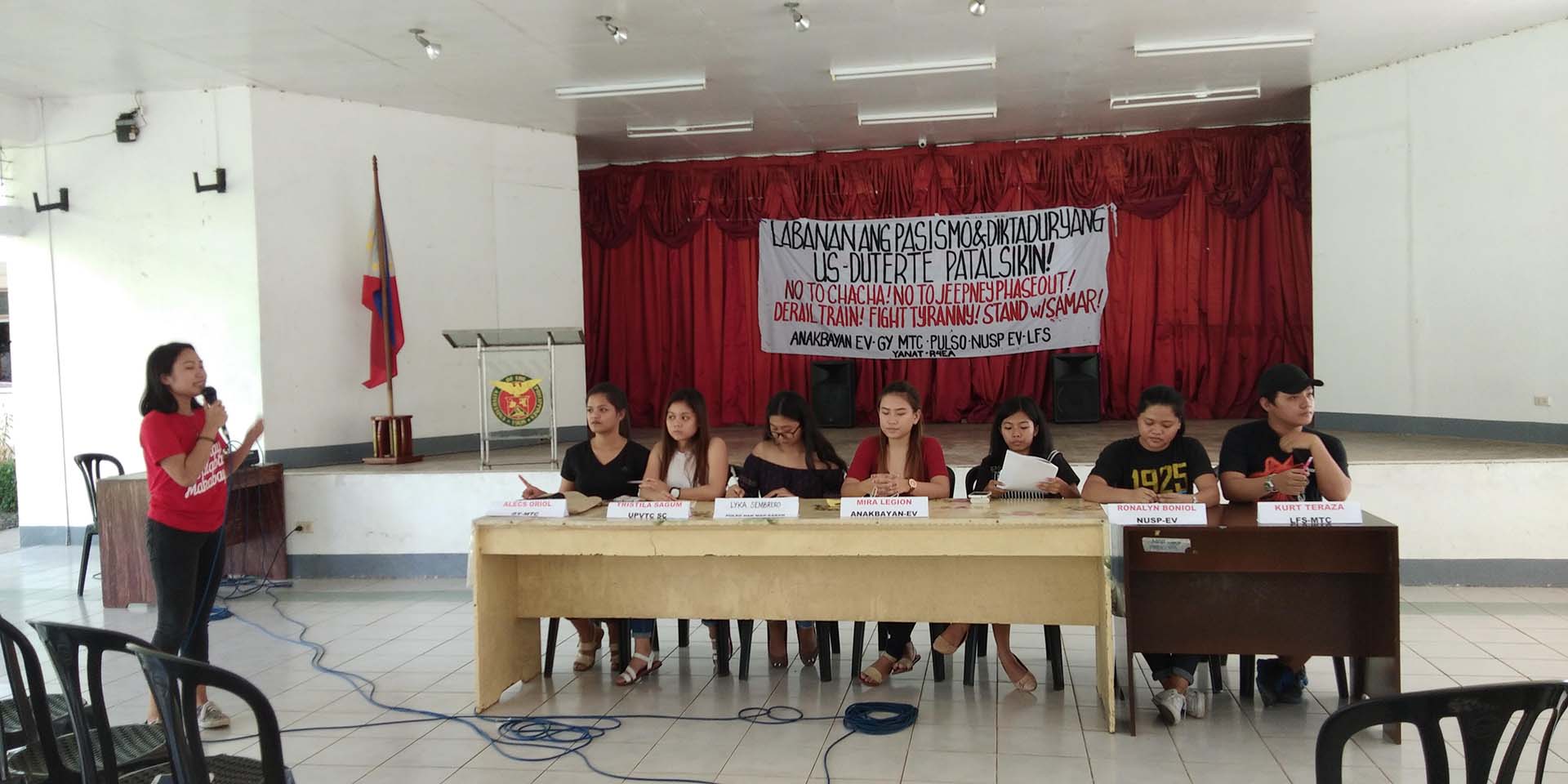 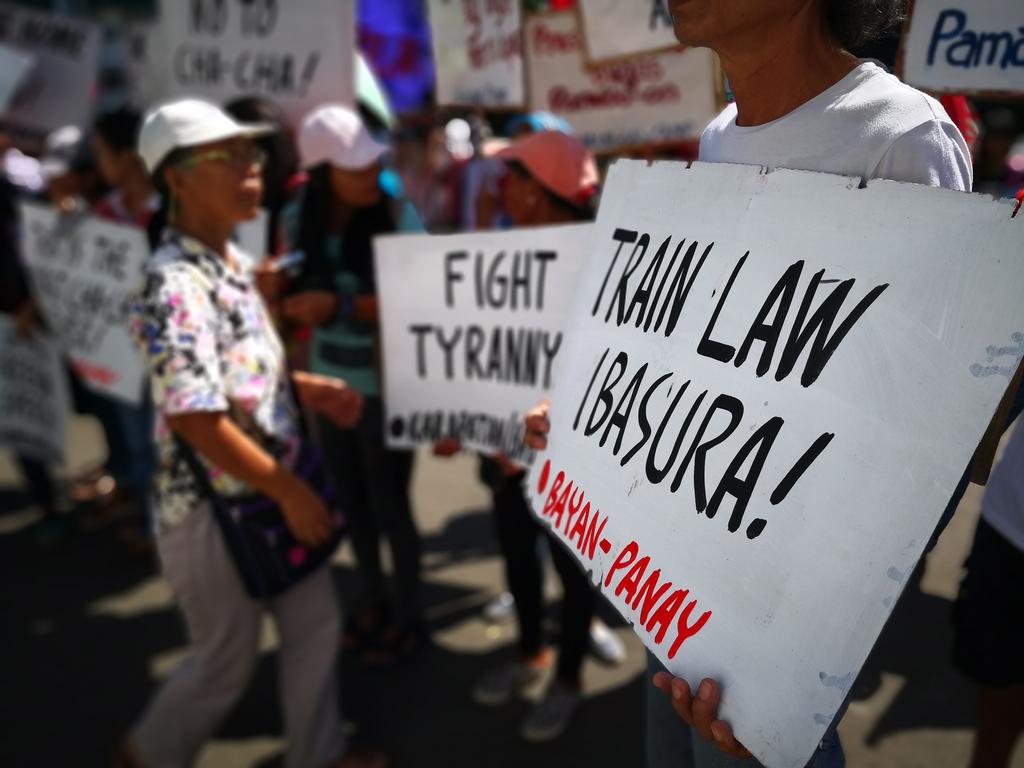 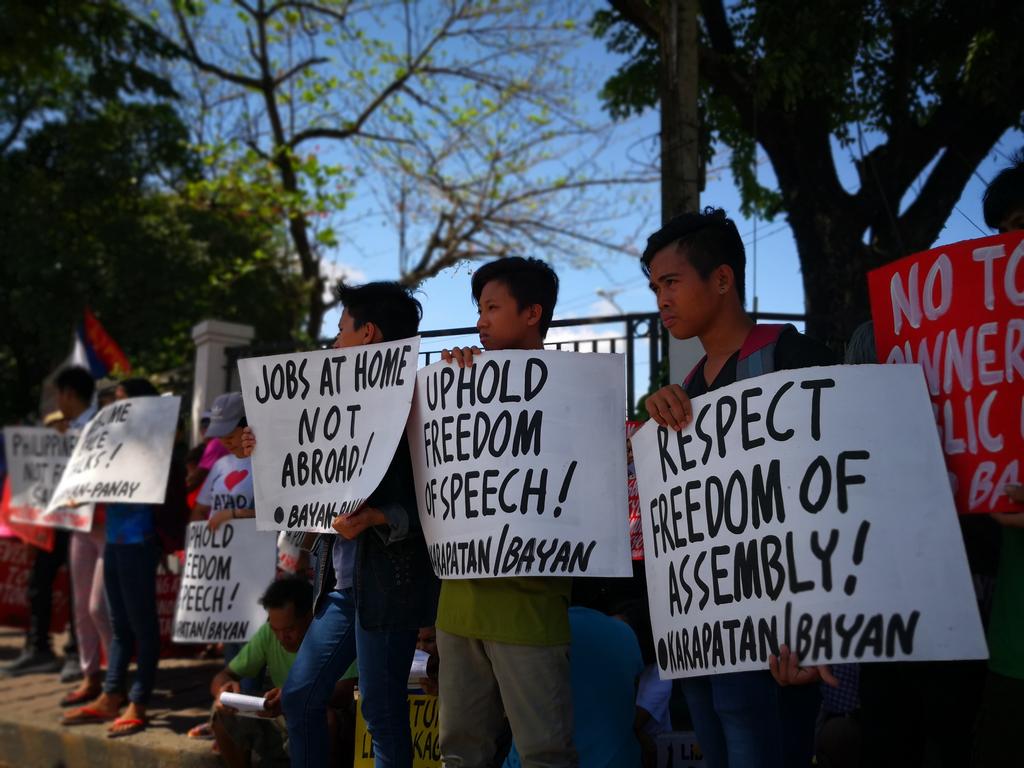 – with reports from Frank Cimatu, Jazmin Bonifacio, and Russel Patina/Rappler.com