Apr 7, 2018 12:51 PM PHT
Gari Acolola
Facebook Twitter Copy URL
Copied
(UPDATED) The UP forum explored how a culture of false information is propagated – from the way it is generated to the way it is spread and ultimately accepted by the public – and how to fight it

MANILA, Philippines UPDATED – As dummy accounts on social media gain more traction each day, coupled with the curtailment of press freedom, the University of the Philippines Diliman hosted “[M]ULAT: A Humanistic Approach to the Philppine Culture of Disinformation,” a forum on why and how fake news is processed.

The timely discussion, held on April 5, explored how a culture of false information is propagated, from the way it is generated to the way it is spread and ultimately accepted by the public.

Fake news and the mind 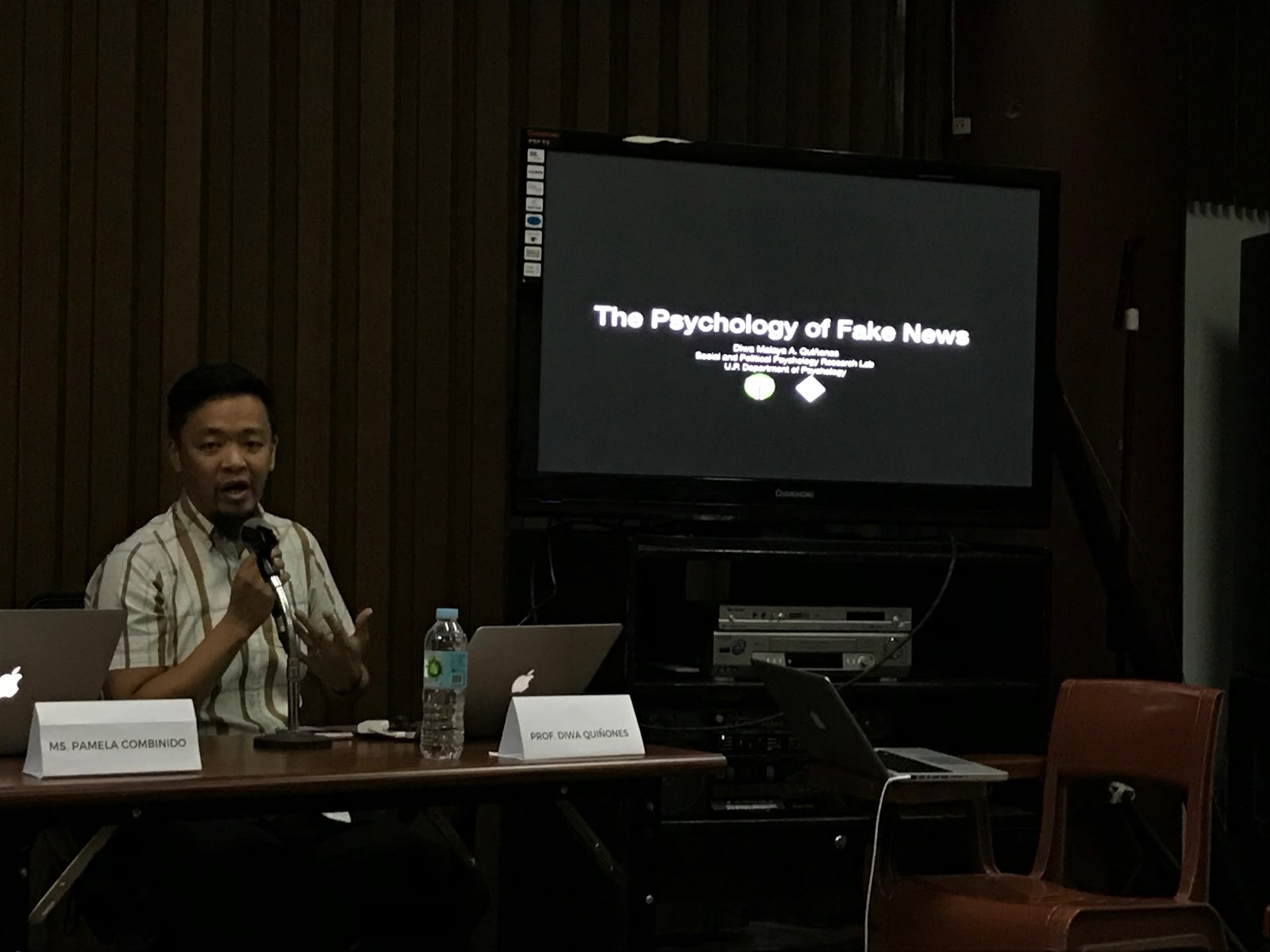 According Quinones, people tend to accept assimilated information based on their current knowledge, value systems, and political ideologies. The same goes for social media, where people are inclined to to accept even click-bait, fraudulent headlines as true as long as they align with their beliefs.

Quinones said that all groups are biased, be they “Ka-DDS” or “Dilawans.”

As such, regardless of truth value, Quinones said that fake news will still be a resource that creates social conflicts between political groups.

The creation of fake news

Pamela Combinido of Newton Tech4Dev presented their study on how fake news campaigns are designed and systematically spread using new technologies and industries. (READ: Chief disinformation architects in the PH: Not exactly who you think) 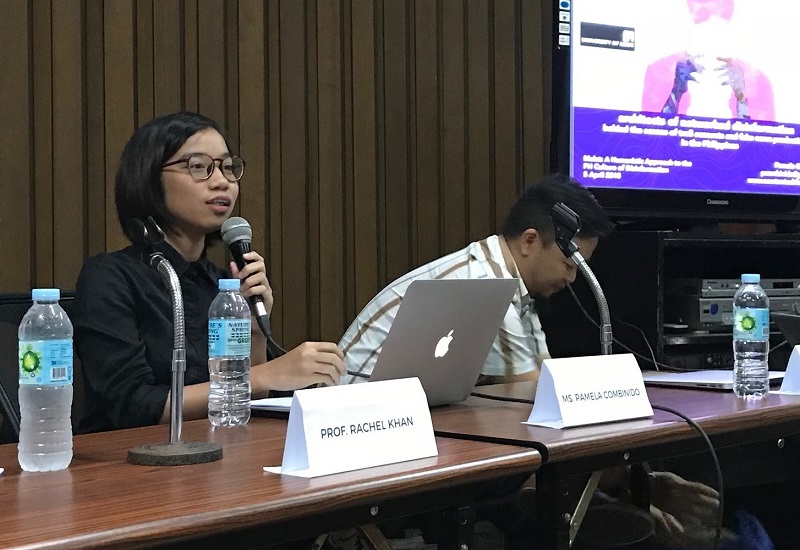 “Network disinformation is the outcome of political deception and has its roots in PR and advertisement,” said Combinido.

According to her, there are 3 groups involved when paid content is posted. Chief architects of disinformation are those who frame certain issues based on a certain political agenda. This framing of issues is then passed on to digital influencers, who use humorous and catchy language in order to engage organic followers. Lastly, it is the trolls, bots, and fake accounts who give these posts more traction through comments, likes, shares, and retweets.

Disinformation and the media 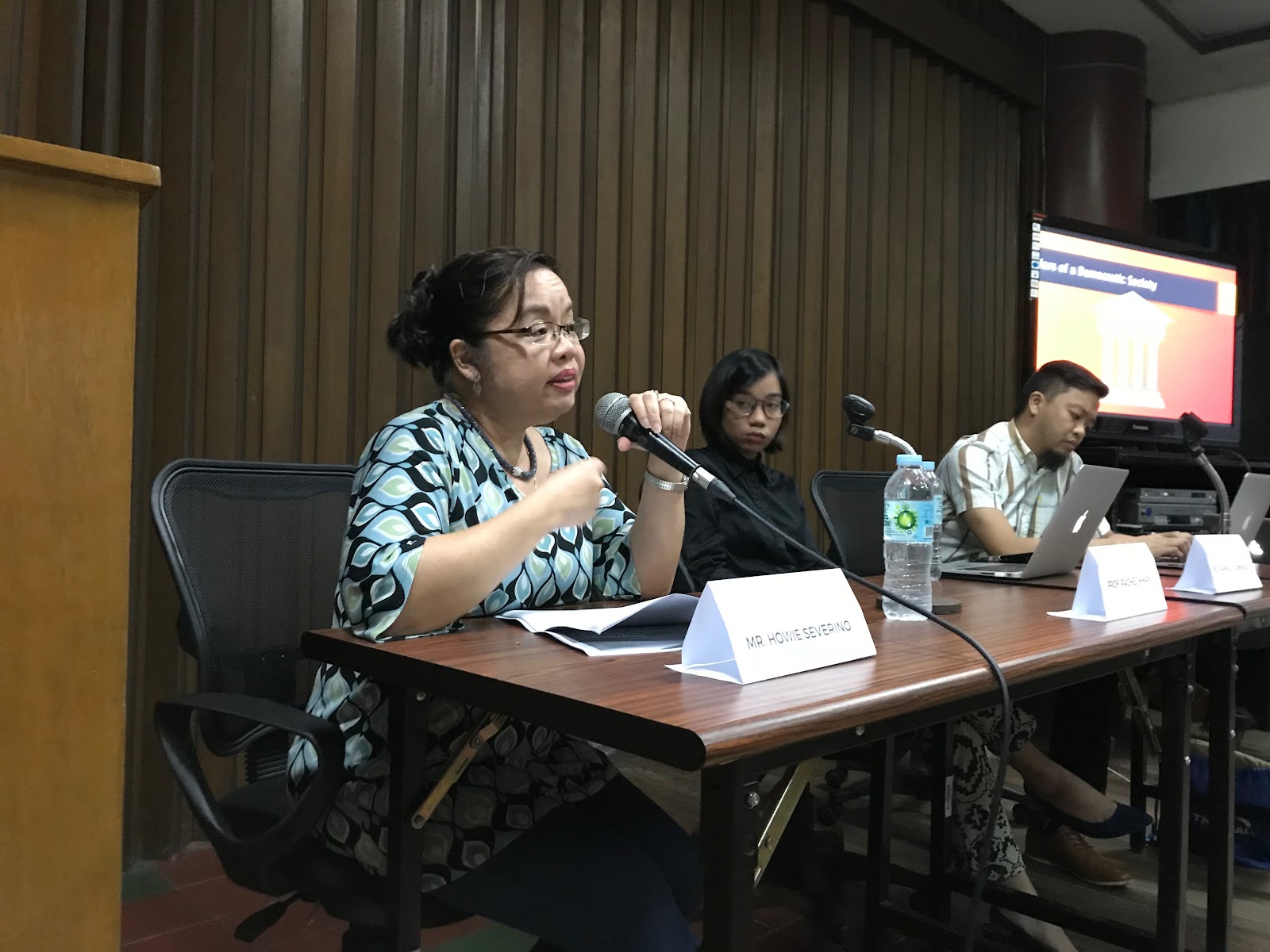 Professor Rachel Khan, chairperson of the UP Department of Journalism, explained how attacks on press freedom and media companies are not imaginary, but a blatant threat to the foundations of Philippine democracy.

“I am very afraid of charter change because with the current Constituion, we can at the very least assert our right to freedom of the press,” Khan said.

Khan also asked the audience, “If we are looking at the current government now, can we trust them to strenghten a democratic society?”

In combating fake news, Quinones, Combinido, and Khan encourage all Filipinos to not only be media consumers, but also media producers.

With social media and the available technologies that aid the spread of information, there is a need to question industries responsible for propagating fake news, but also a duty to actively fact check what is fed to us.

“The fight starts with fact-checking before you hit the button share, and being proactive in sharing what people need to know rather than just voyeurism,” Khan said. – Rappler.com

Editor’s note: In an earlier version of this story, a quote made by Professor Rachel Khan was attributed to Pamela Combinido. This has been corrected.

Gari Acolola is a student at the University of the Philippines. She is a former Rappler intern.