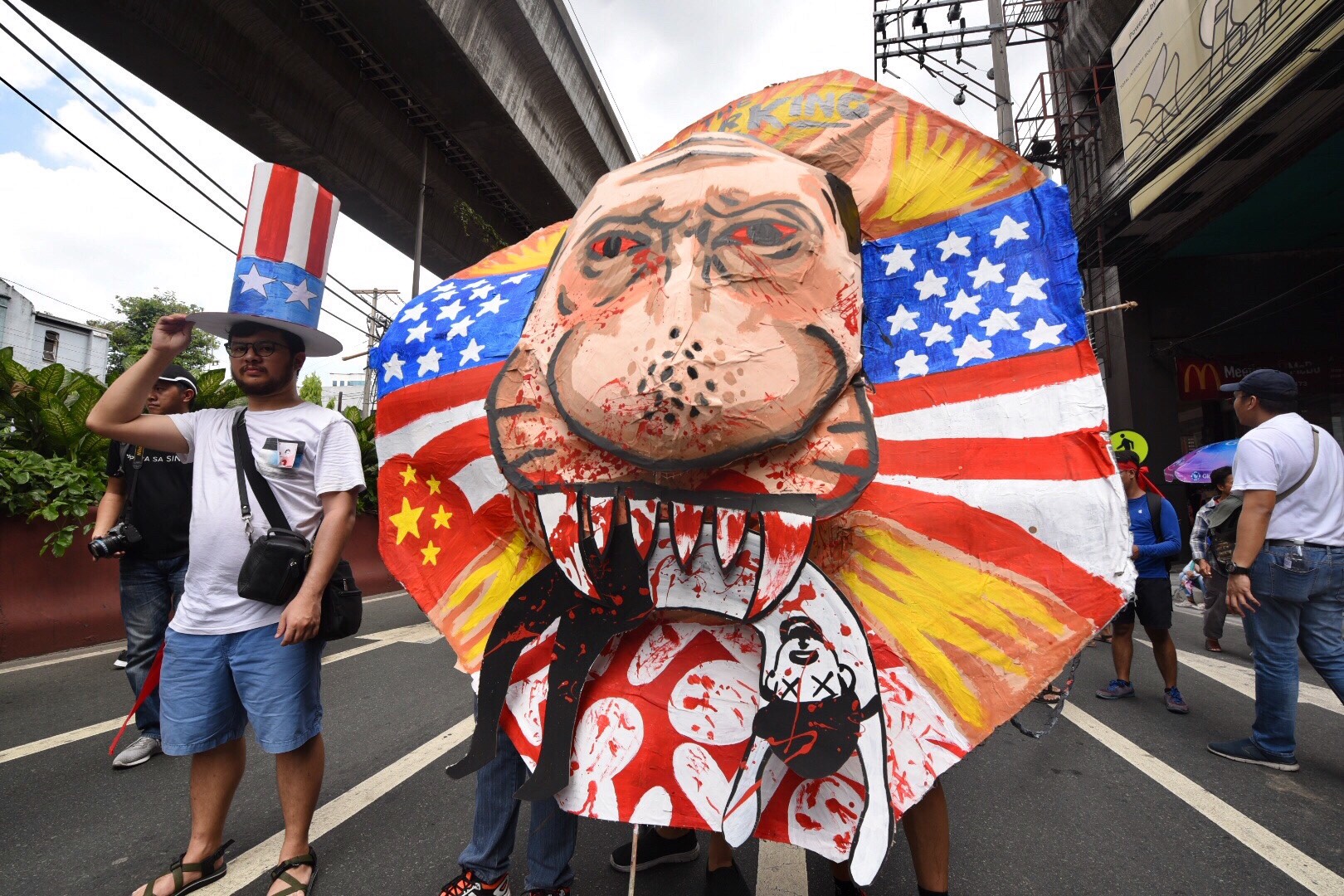 With the theme “HINDIpendence Day” – a play on the words “hindi” (no) and “independence” – the activities will be highlighting a string of issues confronting the administration of President Rodrigo Duterte.

Organizers include the Movement Against Tyranny (MAT), #BabaeAko, Let’s Organize for Democracy and Integrity (LODI), Gabriela, and Bayan.

“This peaceful event aims to [bring] to the forefront the pressing issues of the day that concern all of us Filipinos, particulary the issues of freedom, justice, and democracy,” the groups said in a statement.

The coalition of groups urged the public to join their gathering, citing the following “dire challenges” facing the nation:

“Let us express our commitment and love of country and raise our voices against foreign intervention poverty, and social injustice, tyranny and misogyny,” the group added.

Tinding Pilipinas, another coalition of groups opposing the Duterte administration, will also be hosting a solidary gathering at 4pm on Tuesday at the Bahay ng Alumni in UP DIliman, Quezon City.

“This gathering of forces fighting for the country’s democratic freedoms is given even greater significance by – and will provide a richer and deeper perspective on – our country’s commemoration of our 120th Independence Day,” Tindig Pilipinas said in a statement.

Members of the militant women’s group Gabriela will gather along Roxas Boulevard in Manila, where the “comfort woman” statue once stood.

“As we celebrate momentous events in the country’s fight for independence from Spanish colonial rule, we also remember innumerable Filipino women who fell victims to the atrocities of the Japanese imperial army in a subsequent chapter of our history,” Gabriela said in a statement Monday, June 11.

Last April, the government ordered the removal of the statue “to give way for the improvement of Roxas [Boulevard] Baywalk Area.”

A group of young children is expected to offer flowers to the “lolas” (grandmothers), the few women still living to tell about their experience being forced as sex workers for the Japanese military during World War II.

At 11:30 am on Tuesday, various homeowners from Metro Manila will assemble at the UP Institute for Small Scale Industries in Diliman to push for the country’s independence from coal – a source of “dirty and costly energy.”

Specifically, they are calling for the revocation of the Executive Order 30 which established a council  – the Energy Investment Coordinating Council – tasked with expediting and streamlining the implementation of the country’s major energy projects.

According to Power for People (P4P), the organizer of the event, the executive order effectively “hastens the approval of 7 pending power supply agreements increasing the cost of electricity for 6 million consumers covered by the Meralco franchise.” – with reports from Simona Gemayel/Rappler.com

Simona Gemayel is a Rappler intern. She studies Media Culture Communications at the New York University.