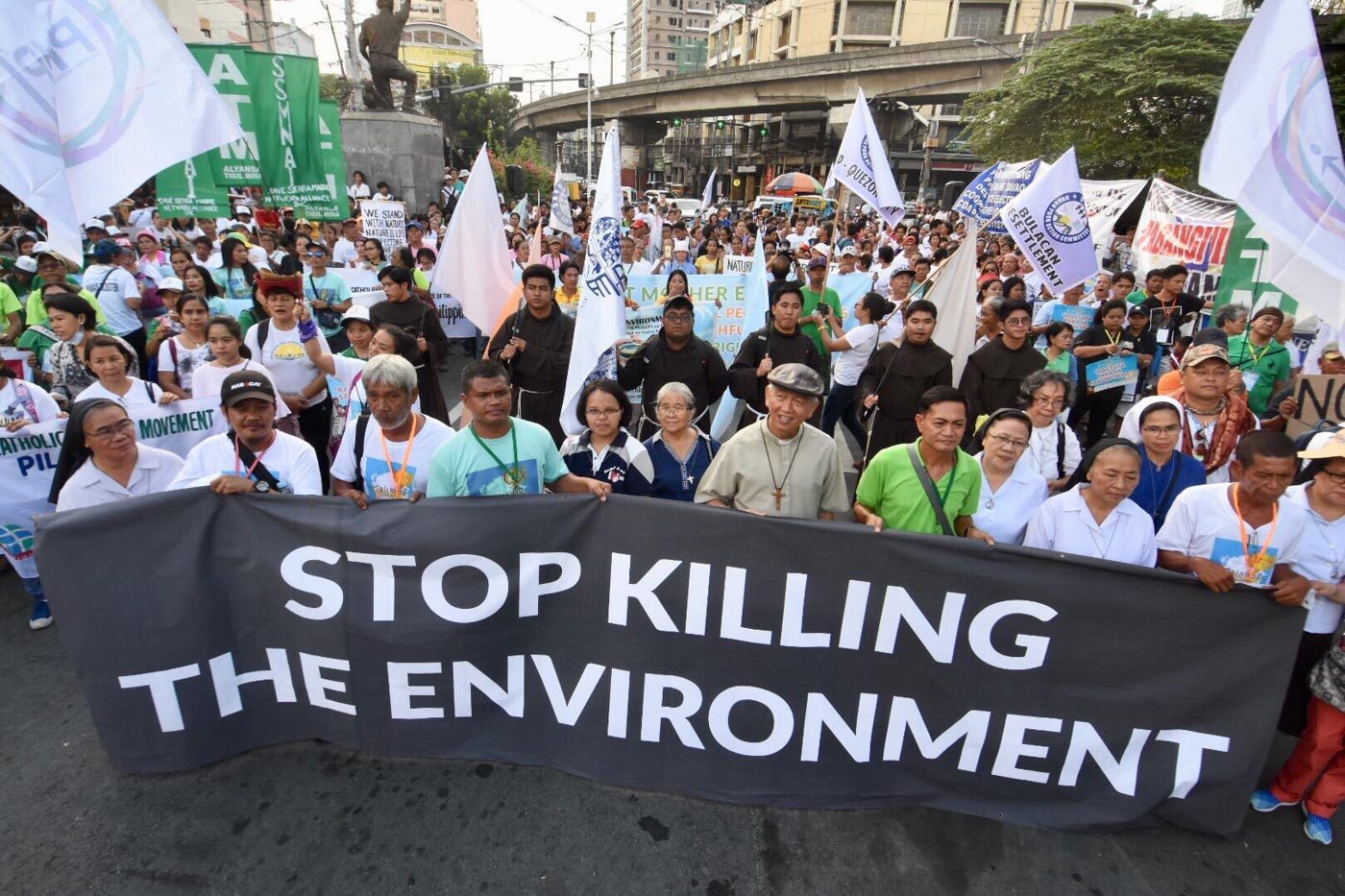 MANILA, Philippines –  Anti-mining advocates are urging lawmakers to pass a law to protect the “rights of nature” and impose stiffer punishment on those who harm the environment.

The need for such a measure was discussed during a forum with various environmental groups on Tuesday, June 5, where resource persons agreed on the government’s failure to address environmental problems linked to mining operations.

There’s no such thing as “responsible mining,” Jonathan Balome, an anti-mining advocate from South Cotabato, said during the forum.  Fellow advocate Marilou Verano agreed, and cited the case of her community in Aruroy, Masbate, which is located directly below a mining operation.

“The effects of destruction are seen in the water quality of the community. Because [the authorities] closed the rivers, we don’t have clean water to drink. We now use mineral water to cook our food or take a bath,” Verano said.

She added that their community wells had been contaminated by mining waste.

Verano said that Environment Secretary Roy Cimatu had yet to make good on his  promise to stop mining operations. She was referrring to Cimatu’s pronouncement last year  he shared President Rodrigo Duterte’s  “firm desire to rid the country of abusive and irresponsible miners.”

“We will not forget his promise,” she said. “Mining still continues, and Cimatu is a protector of mining endeavors.”

For Balome and Verano, the destructive effects of mining can only be stopped by a law promotes the rights of nature. (READ: FAST FACTS: Mining in the Philippines)

Balome and Valero were among the other anti-mining advocates and environmental groups, that joined the Salakyag ng mga Sangnilikha (Salakyag), which aimed to empower communities to talk about environmental issues.

Salakyag began as a moving caravan in Zamboanga City on May 28, traversing the country until it culminated in a march to Mendiola on World Environment Day, June 5.

Esguerra cited the “overwhelming” support for the Salakyag. “The participants of the Salakyag joined us on their own initiative. I was scared that we would go hungry at first, but our food was donated and sponsored by social action centers,” she told Rappler in an interview. Salakyag saw itself as a “starting point to raise awareness of the Rights of Nature, regain our lost connection and relationship to nature, bring to the fore a sustainable lifestyle and ultimately institutionalize this through the passage of a law.”

In a statement, Salakyag said the rghts of nature are anchored on two premises:

For Esguerra, the proposed rights of nature law would provide the legal mandate to punish anyone who destroys the environment. “This is one way to alleviate destruction in our communities. Large mining corporations can be sued,” she said.

The proposed bill on the rights of nature is still being drafted by environmental groups.

Participation of the church 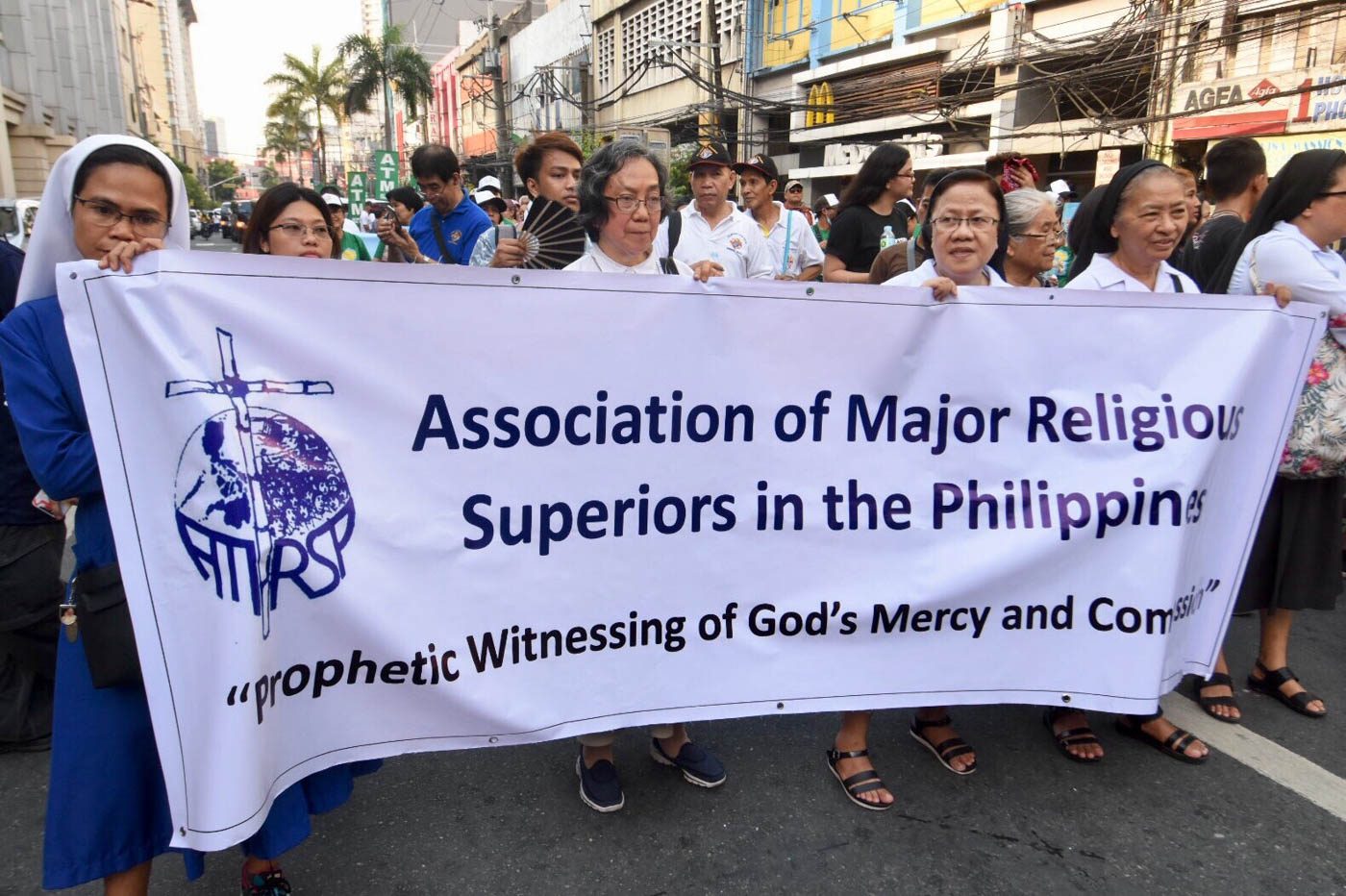 “We have a mission to protect life – not just human life, but also that of the environment,” said Sr Crescencia Lucero, head of the Justice, Peace, and Integrity Commission of the Association of Major Religious Superiors in the Philippines (AMRSP).

Lucero said that humans are interconnected with nature. “We are creations of God. We should take care of the environment, just like how we take care of ourselves.”

Lucero noted that human development is highlighted in the Constitution. “But we have become too utilitarian. This is why the Church pushes for the fullness of life,” she said, emphasizing that the fullness of life can be achieved by protecting mankind and the environment.

“This is why we push for the rights of nature. Wherever the people’s voice is, the Church is there to support them,” Lucero said. – Rappler.com

Angelica studies B.A. Journalism at the University of the Philippines Diliman. She is a Rappler intern.