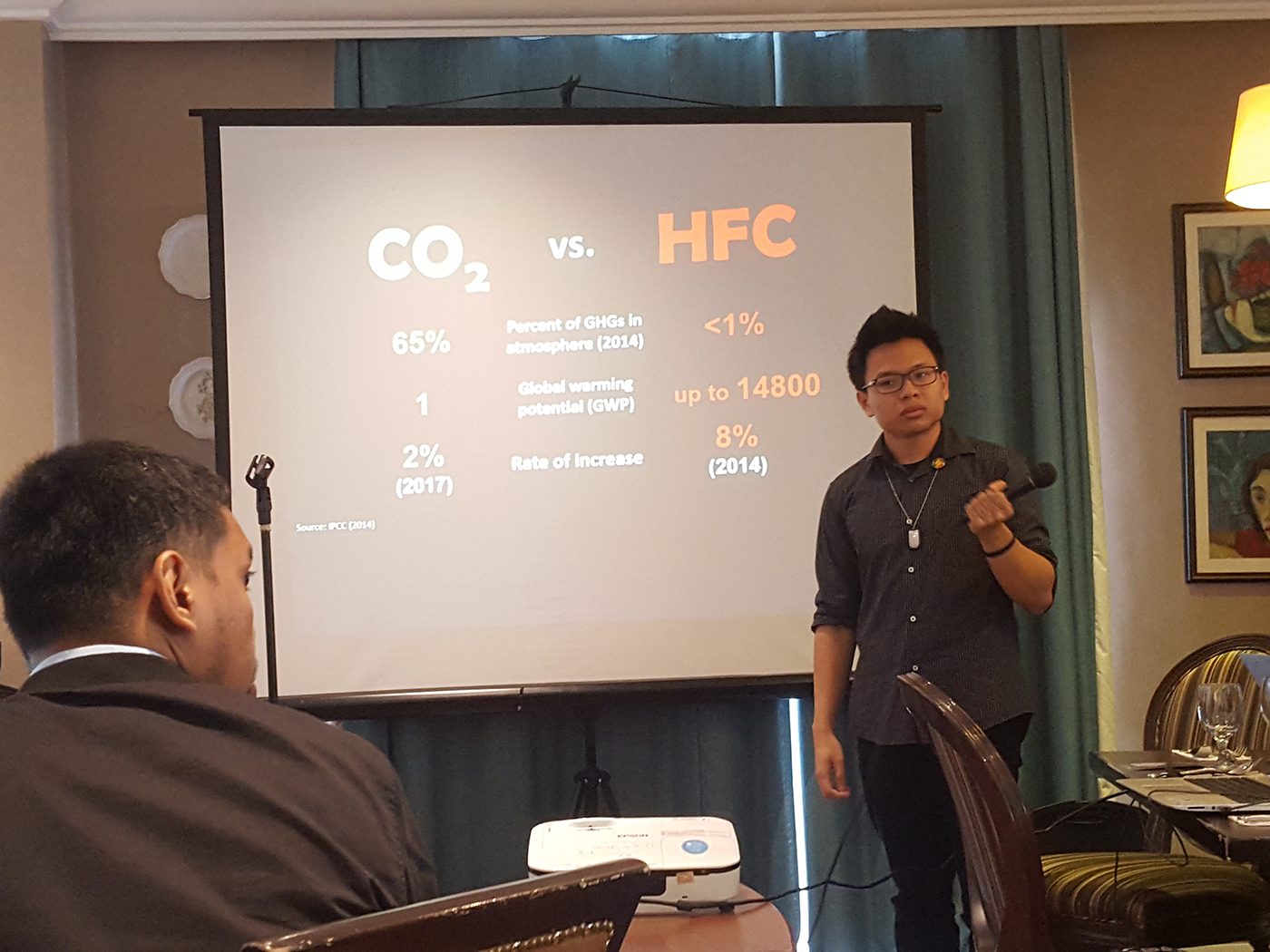 MANILA, Philippines – When solutions to address climate change are at the tip of our fingers, who’s responsible for communicating them?

Different stakeholders discussed the importance of raising awareness on hydrofluorocarbons (HFCs) and their effects on climate change in an event held Wednesday, June 27.

HFCs are primarily used as refrigerants, and are commonly found in air conditioners, aerosols, and refrigerators.

They are among the many contributors to climate change worldwide. Under the Kigali Agreement, HFCs are to be phased out, in order to limit global warming to 1.5 degrees Celsius as per the Paris Agreement.

Jessica Dator-Bercilla, Climate Change Advisor for Asia and the Middle East for Christian Aid, stressed the urgency to disseminate solutions and alternatives to HFCs.

“We’re working hard towards ensuring that the temperature increase doesn’t go beyond 1.5 degrees. There’s an urgency for doing that, and that’s why we need to communicate it to everyone so they become a part of that movement,” she added.

The event, entitled “Climate Café: HFC Phasedown and Climate Solutions Towards 1.5”, was hosted by Climate Stories Philippines, in partnership with Christian Aid Philippines and The Climate Reality Project Philippines. It was the first installment of the Climate Café series, a series of informal gatherings on climate stories and solutions.

Beatrice Tulagan, executive director of Climate Stories Philippines, said she hopes to arrive at an interdisciplinary approach to climate change through the Climate Café series.

“Keeping the conversations within scientific circles, within advocates, and within the newsroom – it doesn’t work anymore. We have to bring all these people together, so the conversation for enhanced climate action really has to happen between different stakeholders,” she said.

Dator-Bercilla highlighted the significance of raising awareness and tapping constituents.

On October 15, 2016, parties to the 1987 Montreal Protocol created the Kigali Amendment, which aims for the phasedown of HFCs.

The elimination of production and consumption of HFCs aims to reduce global warming by 0.5 degrees by the year 2100. The Philippines has yet to ratify and accede to the said agreement. (READ: Legarda at COP23: ‘We have to do both the difficult and the impossible’)

“Our goal is not only obviously to communicate, but also to lobby for policy, and we can’t do that without people knowing what we’re lobbying for,” Tulagan said in a mix of English and Filipino.

The danger of HFCs

HFCs were introduced to replace chlorofluorocarbons (CFCs), which were discontinued under the Montreal Protocol after they were found to be responsible for the depletion of the ozone layer.

While HFCs are not classified as ozone-depleting substances, their global warming potential (GWP) can range from 12 to 14,000, making them more harmful than carbon dioxide emissions (CO2).

At Wednesday’s event, John Leo Algo, incoming Science Policy Associate at The Climate Reality Project Philippines, emphasized the increase in HFC usage. He said the rate of HFC consumption in the Philippines increased from 2010 to 2016, and is bound to keep increasing in the next 20 years as well.

The Philippines was also listed as one of the 12 nations with the greatest potential for rises in air conditioning use, in a study by Lucas W. Davis and Paul J. Gertler.

While the Philippines has yet to ratify the Kigali Amendment, Dator-Bercilla encourages Filipinos to combat climate change in small ways.

“Climate affects each and every one of us. Each of us will have the task to contribute to that, to addressing climate change, no matter how little it is—a change of clothing, turning down the air conditioning unit…it might be insignificant for you, but it is a big help for the environment,” she said.

Algo discussed the importance of energy efficiency, or opting for alternatives that produce the same amount of cooling at lower economic and environmental costs.

“Sometimes, the best solutions do not always have to be something that is so revolutionary, you’ve never seen it before. Sometimes, it’s about going back to the basics,” he advised.– Rappler.com