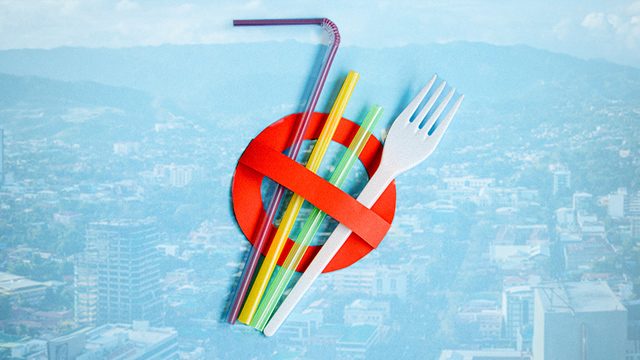 Facebook Twitter Copy URL
Copied
'We will practice what we preach. Stricter even,' Cebu City Mayor Tommy Osmeña says about the ban, which will begin on August 1

MANILA, Philippines – Single-use plastics and styrofoam will be banned from the Cebu City Hall starting August 1, as the city government implements more measures for environmental protection.

“The Cebu City Government, mindful of its role to protect the environment and promote sustainable development, hereby declares as a policy that it will gradually minimize the use of plastics in all city government offices and endeavors to be plastic-free in the coming years,” Osmeña said.

Single-use plastics include straws, cups, plates, spoons, and forks. City government employees are advised to bring their own reusable utensils instead.

“It also wouldn’t be good to demand something of others if we weren’t willing to do it ourselves. So, we will practice what we preach. Stricter even,” Osmeña added.

Osmeña’s memorandum cited a 2017 Greenpeace study that ranked the Philippines as “the 3rd worst plastic polluter of oceans.”

The mayor also pointed out how plastics, along with poor waste management and littering, contribute to flooding in Cebu City. Floods mean health risks and threats to the safety of residents. (READ: How the fight vs plastic pollution can begin in the classroom)

This isn’t Cebu City’s first step to becoming a plastic-free city. For two days each week, all plastic bags and similar products are banned, too. – with reports from Samantha Bagayas/Rappler.com