Date of #MMShakeDrill 2018 will not be announced – MMDA

Jul 14, 2018 7:49 AM PHT
Rappler.com
Facebook Twitter Copy URL
Copied
The exact date of this year's #MMShakeDrill would not be revealed to the public and responders ahead of time so everyone 'must be prepared at all times,' says the Metropolitan Manila Development Authority 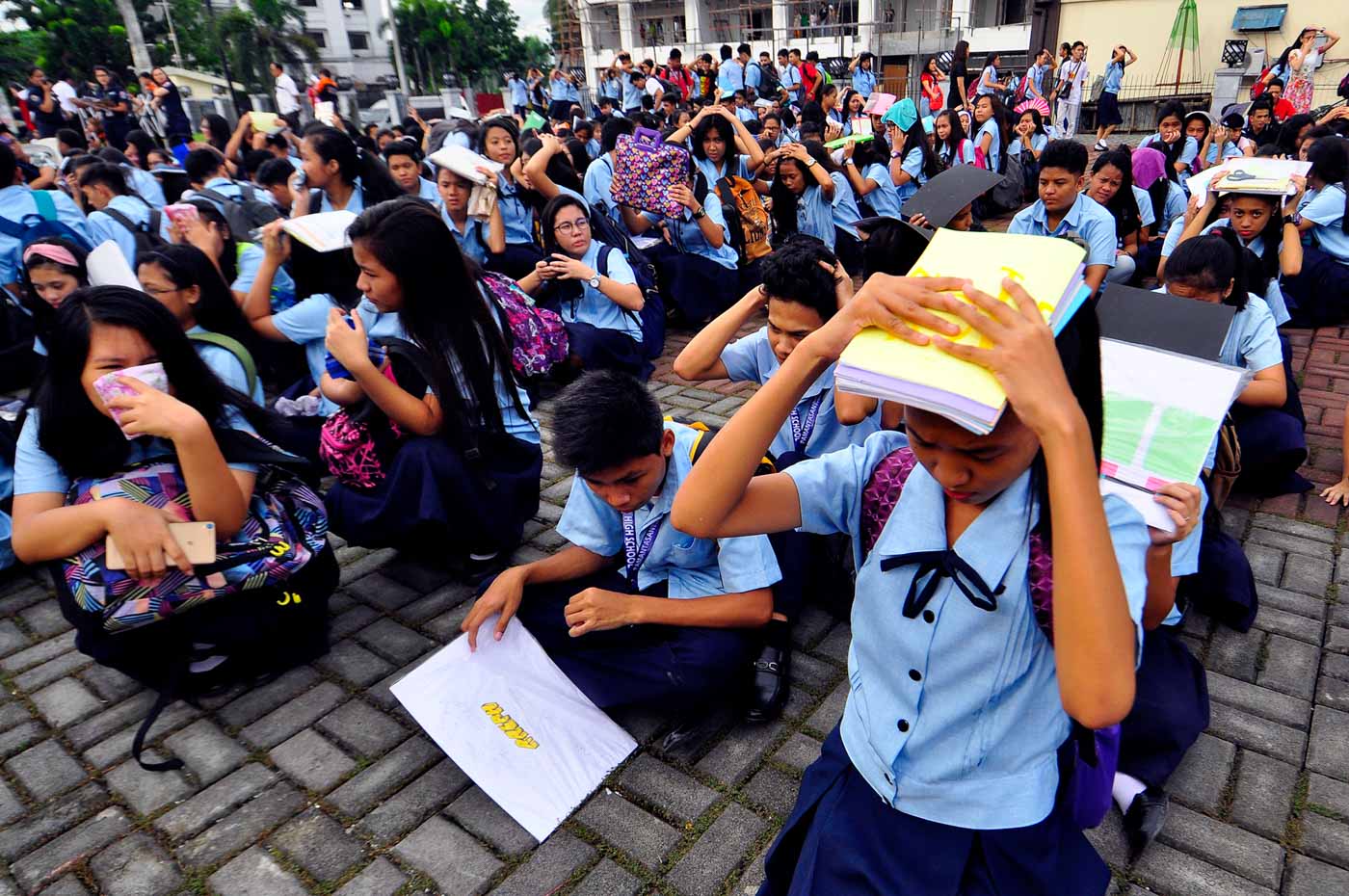 MANILA, Philippines – In its fourth consecutive year, the Metropolitan Manila Development Authority (MMDA) is preparing for its annual earthquake drill, dubbed on social media as the #MMShakeDrill. This year’s activity, however, comes with a twist: the exact dates will not be announced to the public in advance.

“No one can predict when an earthquake will happen. We must be prepared at all times so we want the shake drill unannounced,” said MMDA General Manager Jojo Garcia.

According to Garcia, instead of announcing the date of the earthquake drill ahead of the activity, the MMDA will just inform the public and responders on the day of the event. The MMDA said this will serve as a “mind-setting exercise for the public to always be alert for The Big One.”

What MMDA has announced is that the earthquake drill may happen any day at 3pm in the third week of July and will last for 3 days. (READ: How you can participate in the #MMShakeDrill)

Based on the Metro Manila Earthquake Impact Reduction Study (MMEIRS), a study that analyzed the different possible earthquake scenarios, the strong earthquake that could hit the mega city will leave 33,500 people dead and an about 113,600 more injured.

The annual #MMShakeDrill drill is geared towards assessing and strengthening the capacity of individuals, households, and local government units in responding to the “Big One.”  In the staging and planning of the earthquake drill, the MMDA has divided Metro Manila into 4 quadrants.

In partnership with the various agencies and other stakeholders, MMDA has organized a composite team of representatives from the MMDA, Metro Manila Disaster Risk Reduction and Management Council, Philippine National Police, Armed Forces of the Philippines, and local DRRMOs in each quadrant. They are  expected to simulate particular earthquake scenarios in their respective areas. (READ: The ‘Big One’: Are people ready?)

The eastern quadrant, composed of Marikina and Pasig, will use the LRT 2 Santolan Depot. The southern quadrant – Pasay, Makati, Parañaque, Las Piñas, Muntinlupa, Pateros, and Taguig – will use the Villamor Golf Course as evacuation center.

According to the Pasig Disaster Risk Reduction and Management Council, the entire city will experience drills in all sectors so heavy traffic is expected.  A special terrorism drill will also take place at Unimart, Capitol Commons area at 12 pm. The PDRRMC warned the public to expect smoke, sirens, and related sound effects in this vicinity. (READ: #MMShakeDrill: What to do during a terror attack)

“This drill and full scale exercise are aimed to create awareness to the public on what to do. It also train the various stakeholders to check and test their own plans and readiness,” the PDRRMC said in a statement. – Rappler.com