What responders, public should do during a terrorist attack 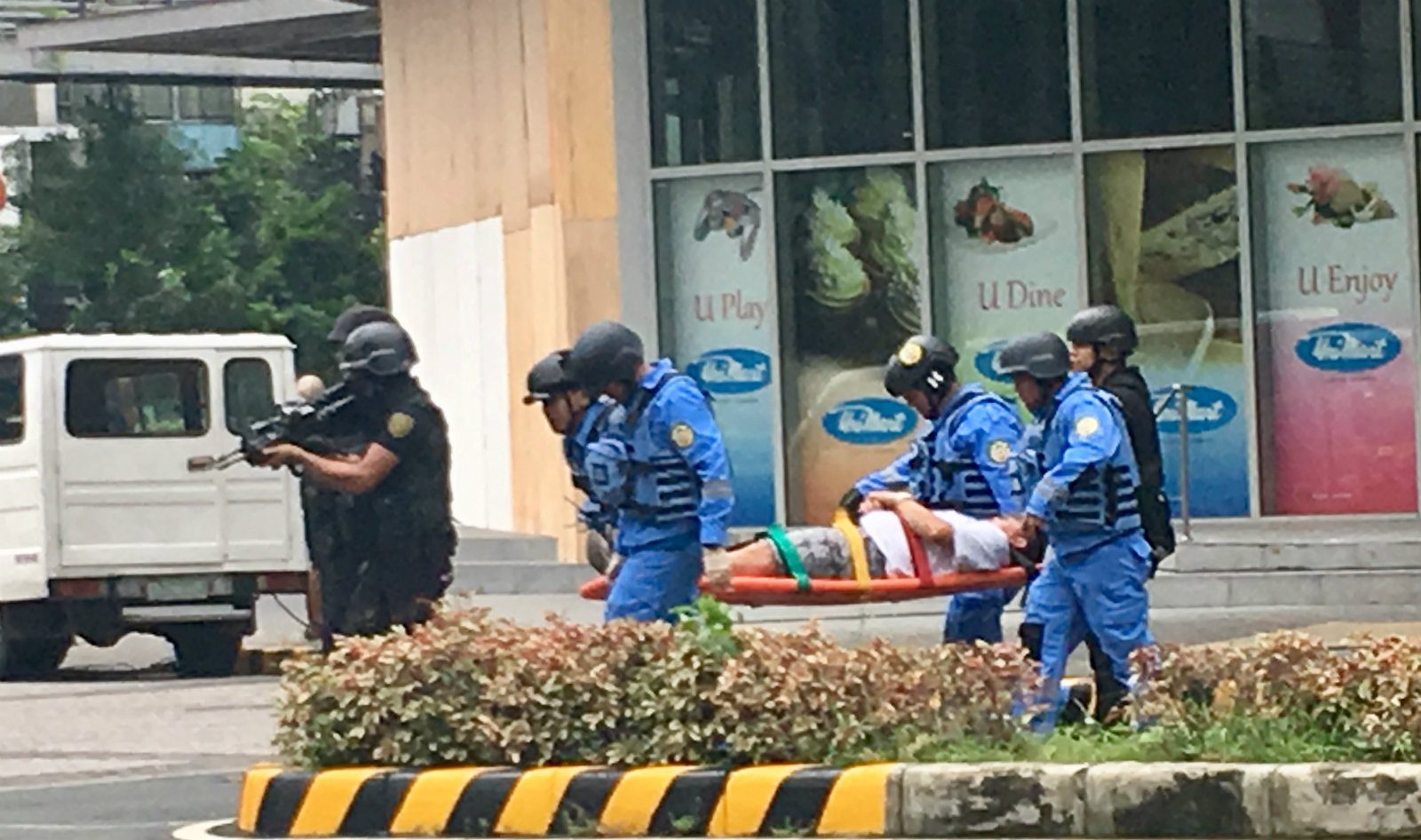 It was the 10th city-wide earthquake drill conducted by the Pasig City government and its second terror incident simulation,  focusing on the basic response steps needed in case of a terrorism threat.

The terrorism drill scenario started at exactly 12 pm, with 5 “armed men” occupying the building of Unimart at Capitol Commons. As the law enforcers entered, the terrorist actors reenacted the shooting and taking of civilian hostages.

The Pasig City government deployed the Rescue Task Force (RTF) composed of members of the Pasig police Special Weapons and Tactics (SWAT) as the primary emergency response units. These groups are the designated first reponders during man-made disasters such as terrorist attacks. Their main objective is to neutralize threats and serve as paramedics for rescued civilians.

(If you still remember the Manila hostage crisis, SWAT members practiced and planned their way in. In a real scenario, responders need time to familiarize themselves with the environment. It takes time. That’s the reality)

He also reminded the public that during emergency situations, civilians should:

An earthquake drill scheduled at 3 pm followed the special security drill. (READ: The ‘Big One’: Are people ready?) According to Pasig Mayor Robert Eusebio, the city government invests in state-of-the-art equipment and relevant trainings for its employees to strengthen their response capacity not only during typhoons and earthquakes, but also in an event of a man-made disaster.

(We are continuously training our members of the police and fire personnel. We want to show that, with a cooperative partnership between the local and national government, we can achieve a lot of things)

In July 5, Pasig City was named one of the 19 winners out of 148 outstanding smart city projects in Asia Pacific excluding Japan (APeJ) under the “public safety” category for their Smart Public Safety Management System project. – Rappler.com