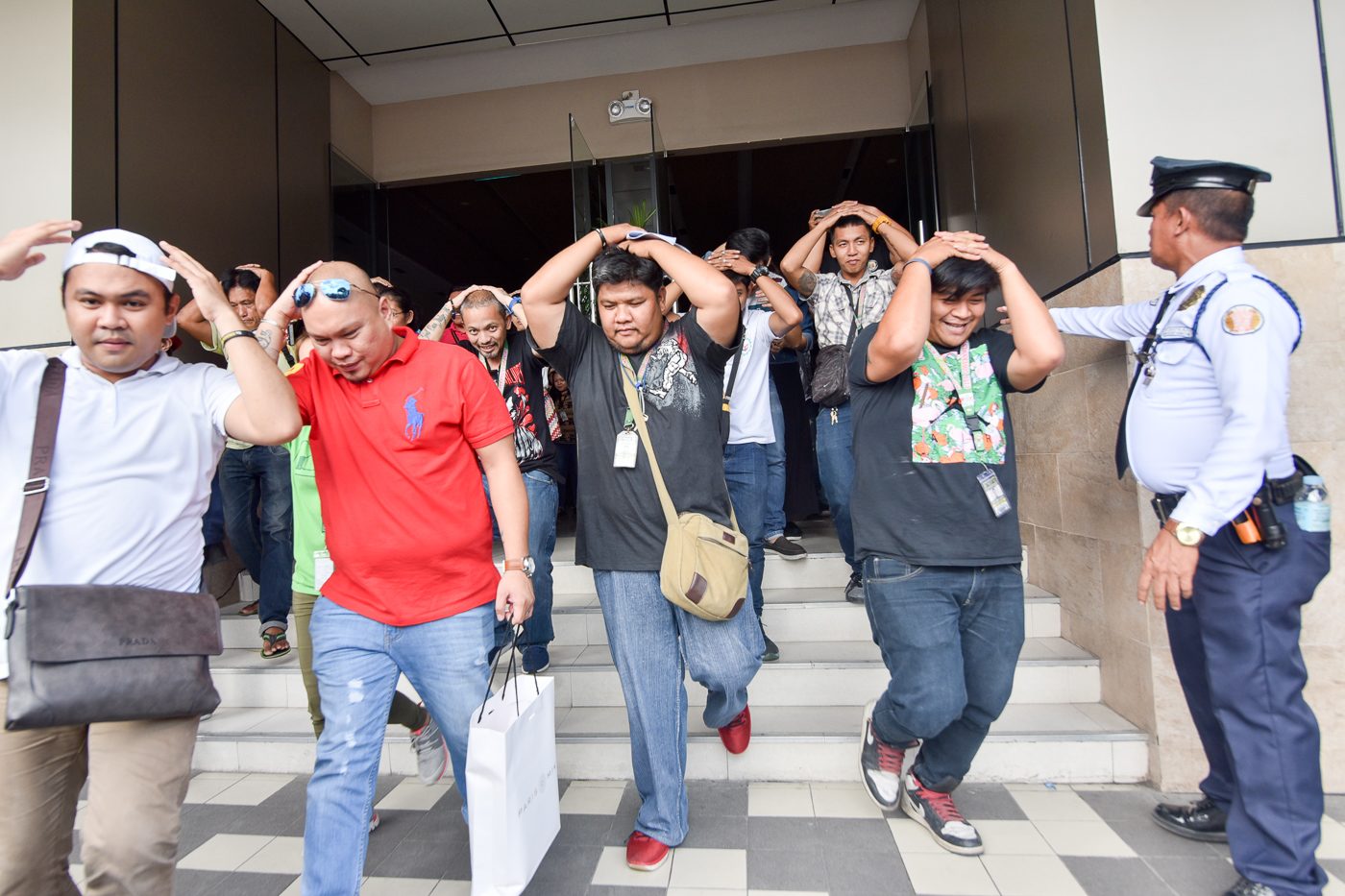 Facebook Twitter Copy URL
Copied
MMDA says the annual earthquake drill, dubbed online as the #MMShakeDrill, will push through on the third week of June, rain or shine

MANILA, Philippines – The Metro Manila Development Authority (MMDA) earlier said the date of the #MMShakeDrill, the annual metro-wide earthquake drill for this year, will be a surprise. What the MMDA only announced is it could happen on any day during the third week of July at 3 pm.

Even government responders and the media are not privy to the schedule.

This led to the question posed by the public: How will they know when the #MMShakeDrill will be happening?

According to MMDA public information officer Jan Paul Songsong, a prompt that will be sent in the morning via National Telecommunications Commission (NTC) short messaging service (SMS) will initially inform the public about the schedule of the annual drill.

A follow-up alert will be sent an hour before the drill starts. (READ: How you can participate in the #MMShakeDrill)

On Tuesday, July 17, the NTC tested its SMS broadcasting capacity through an initial wave of advisories about the #MMShakeDrill.

The MMDA said the surprise earthquake drill will serve as a “mind-setting exercise for the public to always be alert for “The Big One.” (READ: What dangers await when the West Valley Fault moves?)

“The Big One” refers to the major earthquake that is expected to happen once the West Valley Fault movers. Studies said this could happen within our lifetime. Based on the Metro Manila Earthquake Impact Reduction Study (MMEIRS), a study that analyzed the different possible earthquake scenarios, the strong earthquake that could hit the mega city will leave 33,500 people dead and an about 113,600 more injured.

In a press statement released on Tuesday, July 17, MMDA also affirmed that the earthquake drill will push through, even despite heavy rains brought on by the monsoon rain enhanced by tropical depression Henry.

According to the MMDA General Manager Jojo Garcia, staging the drill on a rainy day would give government responders a chance to prepare for worst-case scenarios.

“We can do the shake drill the easiest way possible but what if an earthquake happens on a critical time? This way we can prepare for the worst case possible,” he said.

The shake drill will involve staging of different scenarios, conducted by local government units, private institutions, schools and establishments, in different parts of the metropolis.

The MMDA urged companies, churches, schools, and institutions to sound their own alerts or bells to signal the start of the drill. – Rappler.com