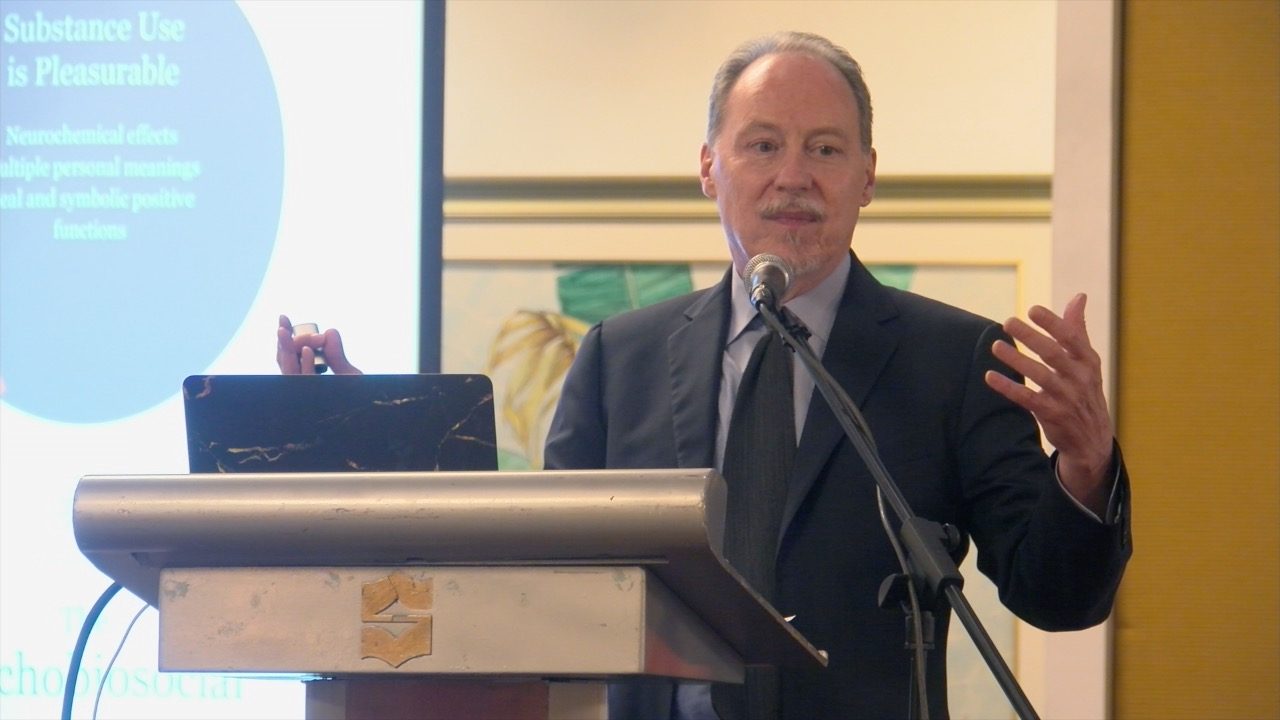 Facebook Twitter Copy URL
Copied
Dr. Andrew Tatarsky: 'We don’t have to dismantle our traditional treatments but extending our reach enables us to engage people in the early stage'

MANILA, Philippines – For drug users in rehabilitation, only one narrative seems acceptable in Philippine society: if you use drugs, then stop.

“We don’t have to dismantle our traditional treatments but extending our reach enables us to engage people in the early stage,” he said.

He discussed how the abstinence-only model may stop drug users from getting treatment since it does not seem appealing or realistic to them.

“Doing more of the same thing isn’t working as well as we would like to. […] Why are we so limited in our ability to be helpful to the overwhelming problem of alcohol abuse and substance addiction?” asked Dr. Tatarsky.

Using the abstinence-only model for drug rehabilitation hasn’t been the most effective.

According to Dr. Benjamin Reyes of the Dangerous Drugs Board, only 200,000 out of 1.6 million surrunderers were engaged in rehabilitation since the drug war started. (READ: PNP: No reason to fear return to ‘chilling’ drug war)

“We have been so brutal to drug users and their community in the hope of deterring people [to use drugs]. I believe it’s coming from a good place, but it hasn’t worked,” said Dr. Tatarsky.

“Harm reduction allows to ask people the question of how to get people from where they are to where they want to be. […] If we make an offer to people that they aren’t ready for, it’s unlikely that they’ll accept them,” shared Dr. Tatarsky.

He explained that harm reduction embodies compassionate pragmatism because it provides evidence-based programs that are delivered with acceptance of the user. This means to provide treatment services that are patterned according to the person’s capability and end goal. It shifts the attention from abstinence to a reduction of drug-related harm. It focuses on starting where the person is and making small incremental changes toward reduced risk. This is how most complex behaviors change.

“The harm reduction model allows us to partner with people toward the greatest reduction of harm, which may be non-problematic use or may be abstinence. […] Most problematic drug users at the point that they become concerned about their use are not ready, able, or willing to start stopping. But we can start from there.”

“Rather than scare tactics, we tell people the real dangers of drugs. When we don’t know the doses or other dangers, we need to give people the tools to make the right decisions. Empowering people with information, skills, and strategies to stay safe,” said Dr. Tatarsky.

Compassionate pragmatism in harm reduction practices helps make an offer that speaks to their needs and engages them in the process and collaborate with them in solving the problem.

NoBox Transitions’ forum titled “Conversations with Dr. Andrew Tatarsky: Extending Our Reach Through Compassionate Pragmatism” is one of its initiatives to present scientifically demonstrable responses to help those in need. – Rappler.com