From Luzon to Mindanao, youths vow to fight return of dictatorship under Duterte MANILA, Philippines (UPDATED) – Hundreds of protesters – many of them are Filipino youth and students – took to the streets in key cities across the country on Friday, September 21, to commemorate the declaration of the Martial Law 46 years ago.

More than looking back at the dark period of history, the protesters also promised to fight the return of authoritarian rule, which they said President Rodrigo Duterte had demonstrated. Banners citing the similarities of dictator Ferdinand Marcos and Duterte, and artworks showing the two presidents as one, were displayed during the mobilizations. (READ: Can Duterte do a Marcos?)

Duterte, who has acknowledge that the Marcoses contributed to his campaign funds, allowed the burial of Marcos in the Libingan ng mga Bayani, brushing aside protests. He often talks about wanting to step down prematurely if the late dictator’s son, Ferdinand “Bongbong” Marcos Jr wins his electoral protest for the post of vice president.

Data shows that the years that followed did not equate to the “golden age” of the Philippine economy. Infrastracture spending increased and it came at a staggering cost: it plunged the Philippines in billions of dollars in debt. From $8.2 billion in 1977, the country’s debt ballooned to $24.4 billion in 1982 – or within a period of just 5 years.

Duterte’s two and half years in office have been marked by thousands of killings, with mostly poor victims, linked to his war on drugs, while his appointees remain in power after failing to stop the smuggling of billions of pesos worth of shabu from China and Taiwan. Lawyers in the President’s Cabinet have also resorted to controversial interpretation of laws to file cases and jail his staunchest critics.

Below are some photos from the various protests staged all over the country: 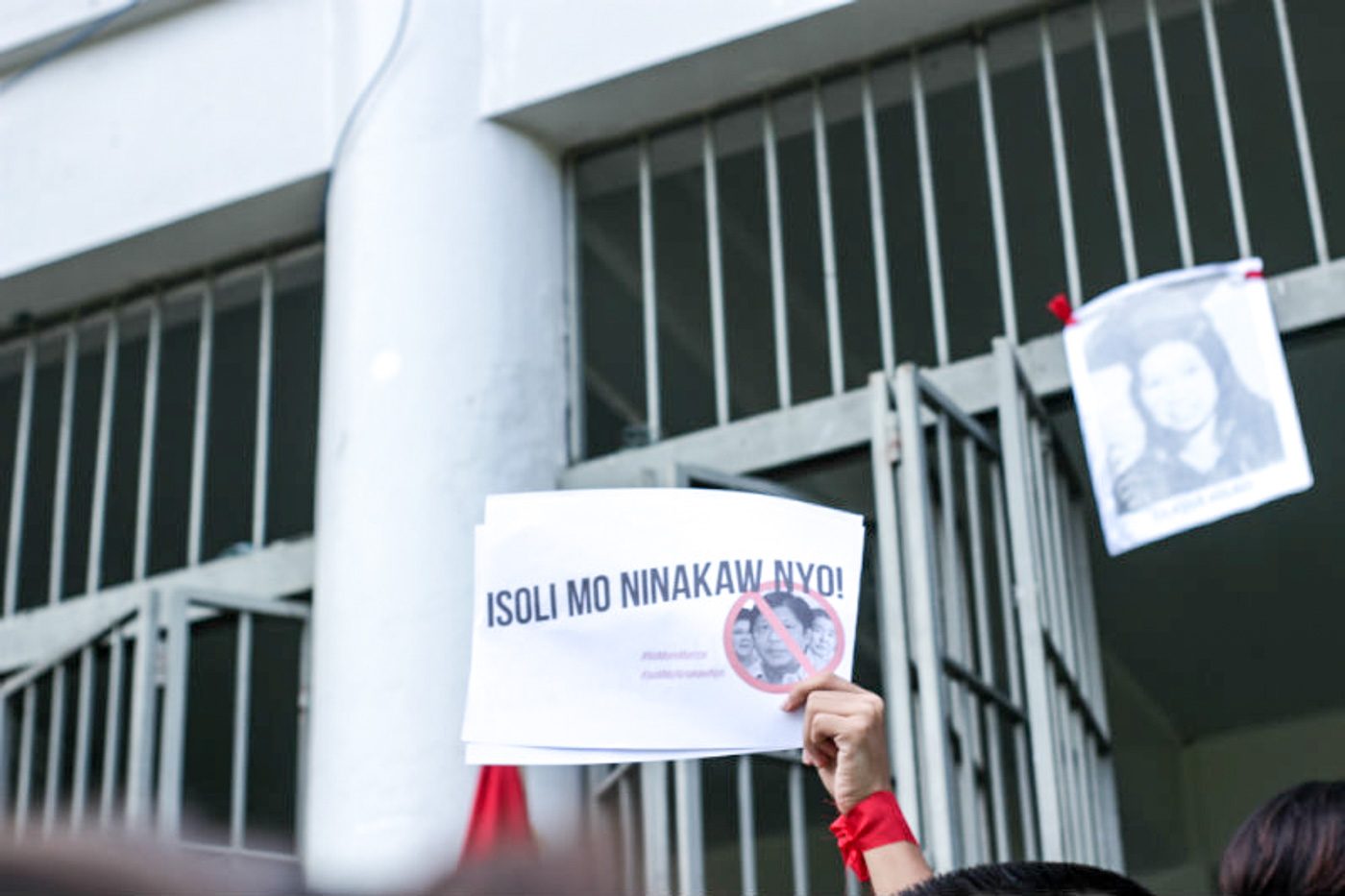 Read other stories on Martial Law: