Facebook Twitter Copy URL
Copied
While Xi Jinping was walking along the red carpet in Malacañang, a crowd at the Chinese Consulate in Makati City was denouncing his visit to the Philippines

This was the cry of various groups as they protested the possible deals between Philippines and China that could affect their lives and their communities.

Chinese President Xi Jinping arrived in the Philippines for a two-day state visit on Tuesday, November 20. This is the first visit of a Chinese leader in the country in 13 years.

While Xi was walking along the red carpet in Malacañang, a crowd was protesting at the Chinese Consulate in Makati City. They were mostly fisherfolk and indigenous people denouncing the Chinese leader’s arrival. (IN PHOTOS: Groups to Xi Jinping: ‘Stay out of West PH Sea’)

A number of deals between the Philippines and China are expected to be signed during Xi’s state visit. How are these affecting Filipino communities?

One of China’s offerings is a loan to finance the Philippine government’s infrastructure program which includes the construction of dams.

Known as one of the cornerstone of the Duterte administration’s ‘development’ project, the ‘Build Build Build’ program is drawing flak from marginalized sectors. Some said the program is causing ‘suffering’ for people in the countryside. (READ: Hits and misses of Duterte’s infrastructure push)

Among those who oppose the program is 20-year-old Memar Doroteo, a Dumagat. 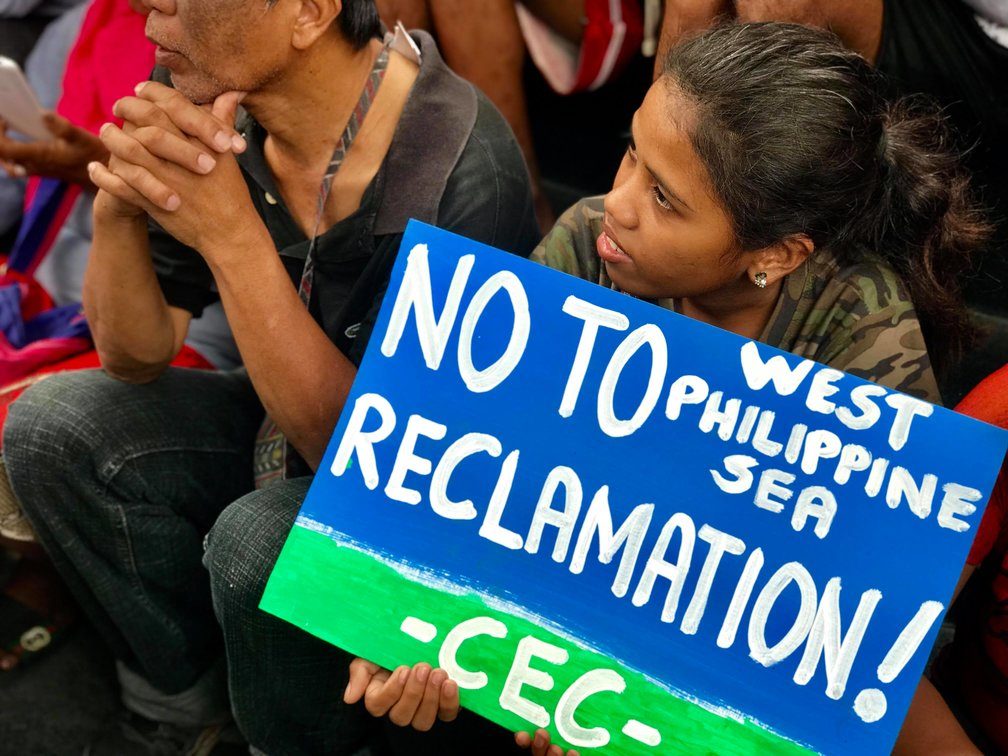 Born in Tanay, Rizal, she spent all her years in the area. Because of the possible continuation of the proposed New Centennial Water Source Project (NCWSP) which involves the construction of the Laiban and Kaliwa dams, Doroteo may be forced to leave the place where she envisioned her dreams.

Doroteo said that if the project pushes through, the Dumagat youth’s future will erode along with their mountains and hills. Additionally, other indigenous tribes including the Igorots in Kalinga will need to leave their ancestral lands.

According to an IBON Foundation report, the government needs P8.4 trillion for its infrastructure program.

At the protest action held in front of the Chinese Embassy, former Bayan Muna Representative Neri Colmenares pointed out the Philippines seems to be falling into China’s “debt trap.”

Questioning the government’s move of asking for assistance from China instead of other nations whose interest rate are much lower, Colmenares raised concern over its possible implications. (READ: [OPINION] What scares me the most about China’s new, ‘friendly’ loans)

The country’s territories, including Philippine waters might be used as collateral, if not a form of payment for the loans to be extended by China. Long before Xi’s visit, the dispute at the West Philippine Sea has already created noise. According to Malacañang, there were plans for a framework agreement on joint exploration for oil and gas to be signed. (READ: PH quietly prepares joint exploration deal with China for Xi visit)

Earlier this year, aside from the continued reclamation, reports of bullying being committed by the Chinese Coast Guard to Filipino fishermen intensified the calls for the government to take concrete action to defend the country’s economic rights.

Months after the incident, this is still the call of Bobby Roldan, a fisherman in Zambales.

As a father who supports a family of 5, Roldan was concerned about the possible joint exploration agreement between the Philippines and China.

According to Roldan, the possible deal would greatly affect the lives of the fisherfolk.

Both Doroteo and Roldan were asking Duterte not to pursue deals with China as this would not only affect them but also the majority of the Filipino people.