Beyond the pages: Man turns home into public library 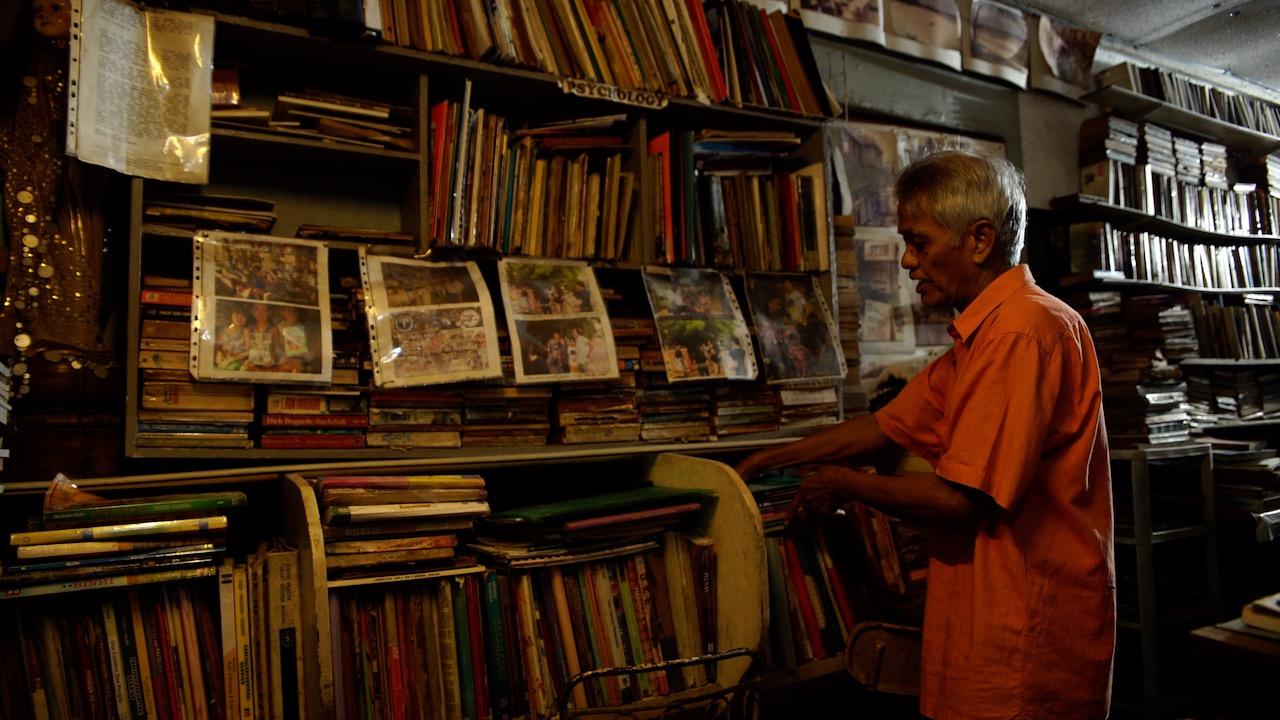 MANILA, Philippines – Wearing a bright peach polo shirt and khaki pants, a smiling 66-year-old Hernando Guanlao welcomes visitors to his home which has become a haven for book lovers in his neighborhood.

Located along a small alleyway in Makati, Mang Nanie’s house is home to almost 2 million books. Unlike other public libraries, his library is “unstructured” when it comes to policies – it is open 24/7 and people can borrow an unlimited number of books. (READ: Thanks to netizen’s request, Cebu City library will be open 24/7)

“Readers can take home as many books as they want,” he says.

The books vary from fiction to nonfiction and a lot of reference books for students to use.

The senior doesn’t do card cataloguing nor does be maintain a database because for him, it would just be an additional job.

Mang Nanie started his library in 2000. The idea sprang from his contemplation of life after retirement as a government employee, and how he could honor the reading habit he inherited from his parents.

“When I was young, my parents and my elders believed that the school will guide us and would give us wisdom,” Mang Nanie says. “You’ll have to learn how to read so you’ll not get lost.”

Mang Nanie shares that he never thought that his collection of 50 books would grow to more than 2 million. 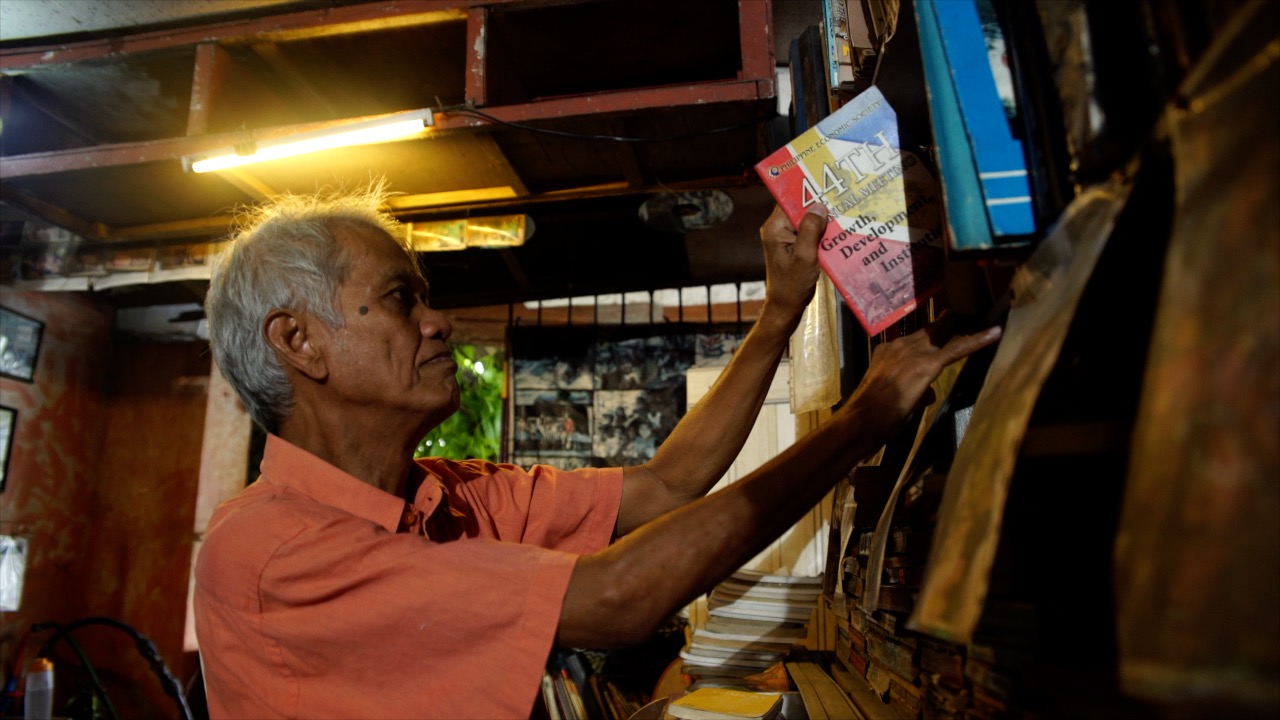 Mang Nanie says he thought about putting up a librarywhen he saw piles of unused books in his house. He brought the books outside his house to see if people would borrow them, and they did. Eventually people with good hearts rewarded him with books. That’s when his collection grew.

Mang Nanie says he doesn’t solicit for books. When there were not enough books left in his shelves, people knocked on his doors with boxes of books. “Somebody will walk in coming down from the streets bringing boxes. That’s volunteerism without attachment.”

Mang Nanie wants to dispatch 200 books per day. If that doesn’t happen, he would check his email to see who requests for books. He would also look for a place where children can readily access them.

“Books are just there. They come and go. I don’t worry about the inventory,” he says.

Mang Nanie believes that many people still don’t have access to books.

“People didn’t increase their reading because the books all have a price tag,” he says.

Mang Nanie is motivated by the thought that he is helping other people by giving them free access to books. He says in the Philippines, many poor people consider education, much less reading books, as a luxury.

When he was a student, he used to sell old books outside their house during summer vacation to help his parents fund his education.

“Alam ko ‘yung hirap ng mga magulang ko para pag-aralin kaming 5 magkakapatid (I know what my parents had gone through just to send us 5 siblings to school),” he says.

Mang Nanie says his library is his means of empowering those who can’t afford to buy books.

“When you know how to read, the more places you’ll go,” he said.

In the Philippines, the 2017 National Book Development Board (NBDB) readership survey showed Filipinos barely know if there is a public library near their home.

But the sad reality is that most barangays in the country don’t  have a library. NBDB chairperson Neni Sta Romana Cruz said libraries are important in ensuring that all Filipinos have access to books. (READ: Filipinos barely know if there are libraries near their homes)

Sta Romana Cruz suggested that local government units should consider allotting funds for the construction of libraries as social spaces and venues of learning for their residents.

Asked about the future of his library, Mang Nanie shares his dream that more people will put up their own public libraries.

“It will roll on, evolve into a higher dimension. So the circles will go on and on and spread [into] a bigger, bigger circle and that is the Filipino circle that’s so big. That’s my dream,” said Mang Nanie.

Mang Nanie says he will maintain his library for as long as he can. As long as there are people who are willing to donate books, his mission continues.

“How do you stop something if people are still willing to help?” – Rappler.com