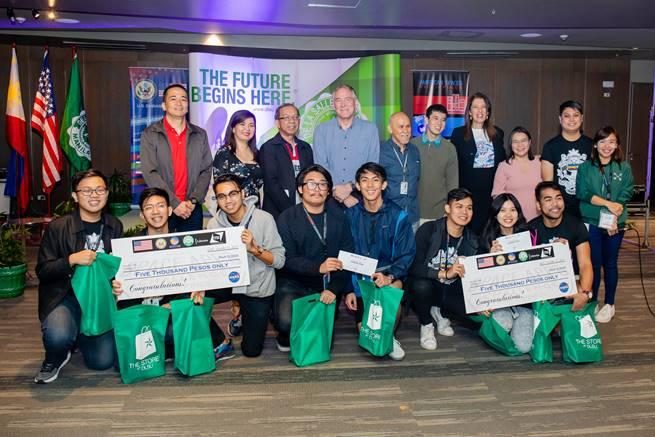 Facebook Twitter Copy URL
Copied
The ISDApp seeks to communicate useful information to fishermen even without internet connection. It will complete against 24 other finalists chosen by NASA scientists and experts from 2,729 teams in 200 locations all over the world.

MANILA, Philippines – An application made by a team of Filipino innovators was nominated as a global finalist at the Galactic Impact in the National Aeronautics and Space Administration (NASA) Space Apps Challenge, the biggest hackathon in the world.

It will compete against 24 other participants chosen by NASA scientists and experts from 2,729 teams in 200 locations all over the world.

The team will vie to be among the 6 winners of the hackathon. Under the Galactic Impact category, the team’s app was among the top solutions with the most potential to improve life on Earth or in the universe.

Named ISDApp, from isda (fish), the Philippine-made app seeks to communicate scientific data to fishermen even without an internet connection. It was made by IT professionals Revbrain G. Martin, Marie Jeddah Legaspi, and Julius Czar Torreda from team iNON, which stands for “It’s now or never.”

Through the app, fishermen can receive useful information such as real-time weather, times of sunrise and sunset, wind speed, and cloud coverage.

The team pegged it as the first community app “that will empower fishermen” with daily information useful for fishing and safety,  relayed through an installed app from a town official’s smartphone and straight to registered analog phones of fishermen.

A town official will only have to install the application and register all fishermen’s details and contact numbers as listed ISDApp community members.

The app will then collect data to be sent as SMS to registered phones before fishing time to help fishermen plan ahead and optimize their catch. It also has emergency features such as storm alerts and an SOS signal that can be triggered via a simple text message to the ISDApp.

Fishermen will receive SMS notifications from the Amazon Web Services gateway while local government officials can manage their details using a smartphone app connected to the cloud.

The NASA GLOBE Observer app, which compiles data of cloud activity from citizen scientists around the world paired with NASA satellite images, also helps compile information to be used on the ISDApp.

Before it was catapulted to the global level, ISDApp beat other apps in the NASA Space Apps Challenge Philippines at De La Salle University-Manila held from October 19 to 21, 2018.

Themed “Earth and Space,” the challenge gathered teams of coders, scientists, developers, designers, storytellers, makers, builders, technologists, thinkers, and entrepreneurs to work in a 48-hour sprint to develop solutions to some of the most pressing challenges on Earth and in space, using NASA resources and data.

Among the apps that competed in the national edition of the hackathon were a story-based game using NASA Earth imagery, an emergency checklist kit app designed for disaster preparedness, and an augmented reality mobile app that tells a story of the changes in the Arctic and Antarctic ice.