Facebook Twitter Copy URL
Copied
Around 5,000 to 8,000 people in Iloilo participate in shake drills in their area

The grandstand served as the ceremonial venue of the NSED, which is an effort to boost disaster awareness and preparedness in the Philippines.

“Today we are here in Iloilo City, one of the most progressive cities in the country. However, like other Philippine metropolis, it is prone to natural disasters – one of which would be the possibility of a large earthquake,” DOST Undersecretary Renato Solidum said in his opening message.

The NSED simulated a magnitude 8 earthquake, the strength of which would make it difficult for people to stand up when the tremors occur. (READ: CHECKLIST: What cities and municipalities should prepare for an earthquake)

“There is a pressing need to prepare for these earthquakes through simulations like this drill, so citizens will know what to do when the eventuality occurs,” Solidum added.

The simultaneous nationwide drill began with the ceremonial pressing of a button at 2 pm. 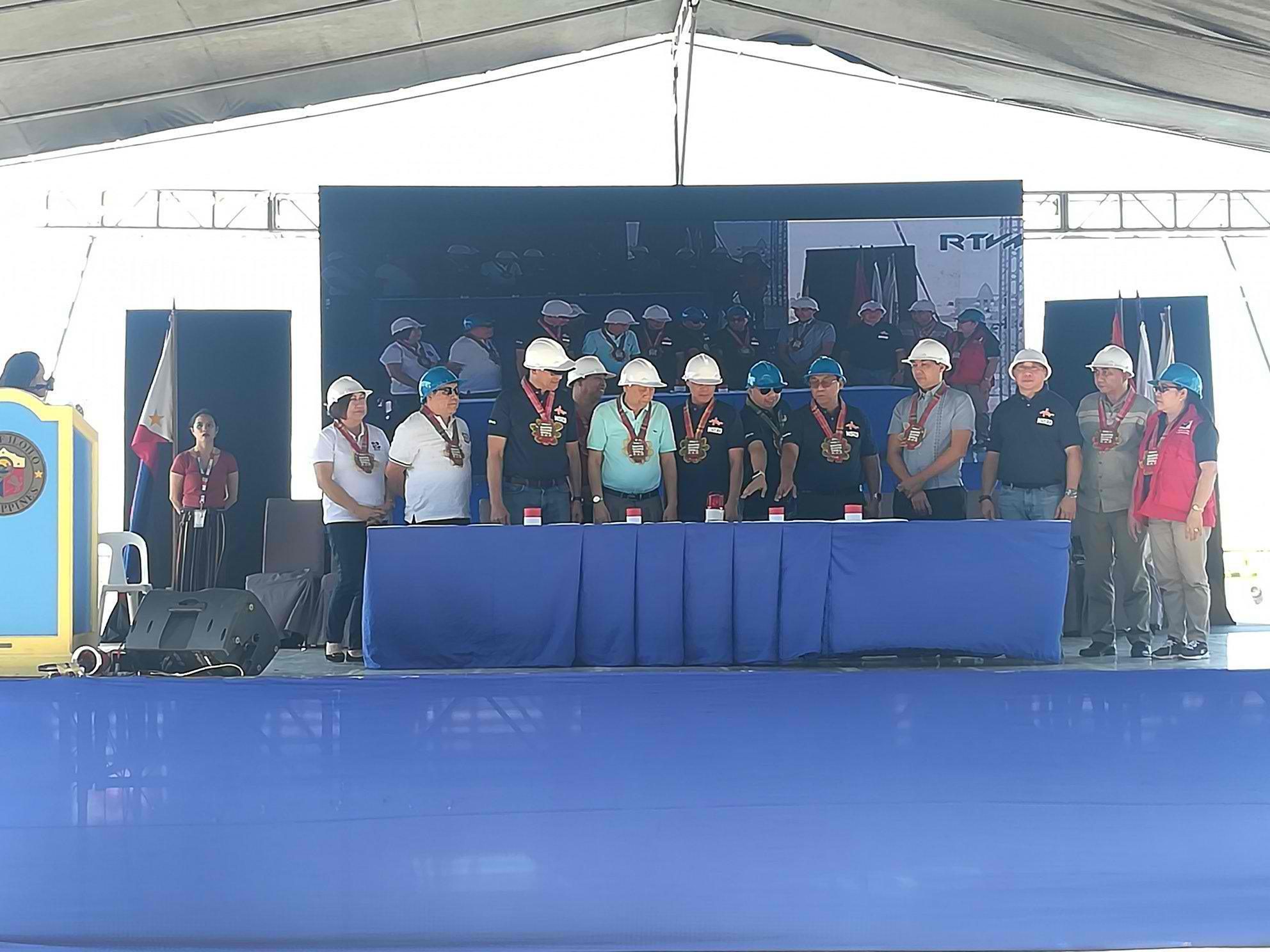 The Office of Civil Defense estimates that during the activity, around 5,000 to 8,000 participants in the 5 key areas in Iloilo performed basic earthquake responses such as “duck, cover, and hold,” as well as evacuation and response routines.

In his speech, Solidum highlighted the 1948 Lady Caycay earthquake which devastated Iloilo City and Panay. He talked about the possibility that another large earthquake could hit the region in our lifetime. (READ: All you need to know about preparing for earthquakes)

Dubbed by locals as Lady Caycay (after the Hiligaynon word describing the scratches left on the ground by chickens), the earthquake caused numerous fissures in the province’s mountain regions. It destroyed Spanish-era stone churches and triggered a tsunami in the Iloilo Strait.

An enduring reminder of Lady Caycay’s wrath is the iconic belfry of the Jaro Cathedral. While the first story of the tower made of limestone and bricks can still be seen today, the second and third stories crumbled and were restored only in the 1990s.

Solidum said the Lady Caycay earthquake is just one of the many large magnitude earthquake events to have hit Panay, generated by the very active West Panay Fault in the Madjaas Mountain Range.

“Every century, there is a major earthquake in the West Panay Fault…. We need to equip the Ilonggos with the awareness to face this eventuality,” he warned.

The Department of National Defense Undersecretary Reynaldo Mapagu, who was Thursday’s keynote speaker, doubled down on Solidum’s key points, citing the importance of disaster preparedness.

“Readiness – whether in times of peace, war, or disasters – is the key to success…. We seek to empower our people to not just be victims of disasters, but be resilient survivors,” Mapagu said.

Schools, local government units, government offices, and civilians from all over the Philippines also participated in the 1st NSED for 2019.

Below are some scenes of shake drills from different parts of the country: 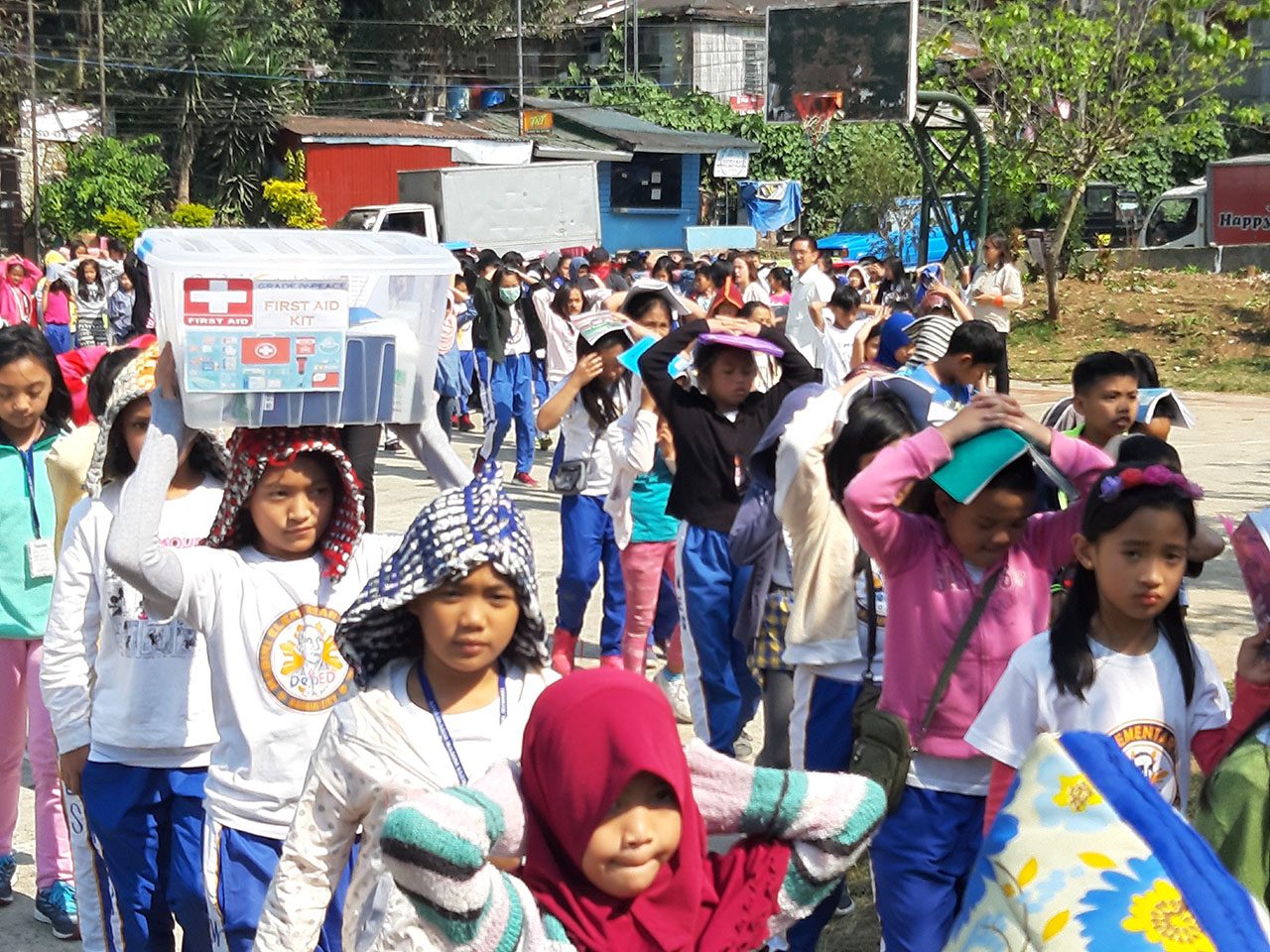 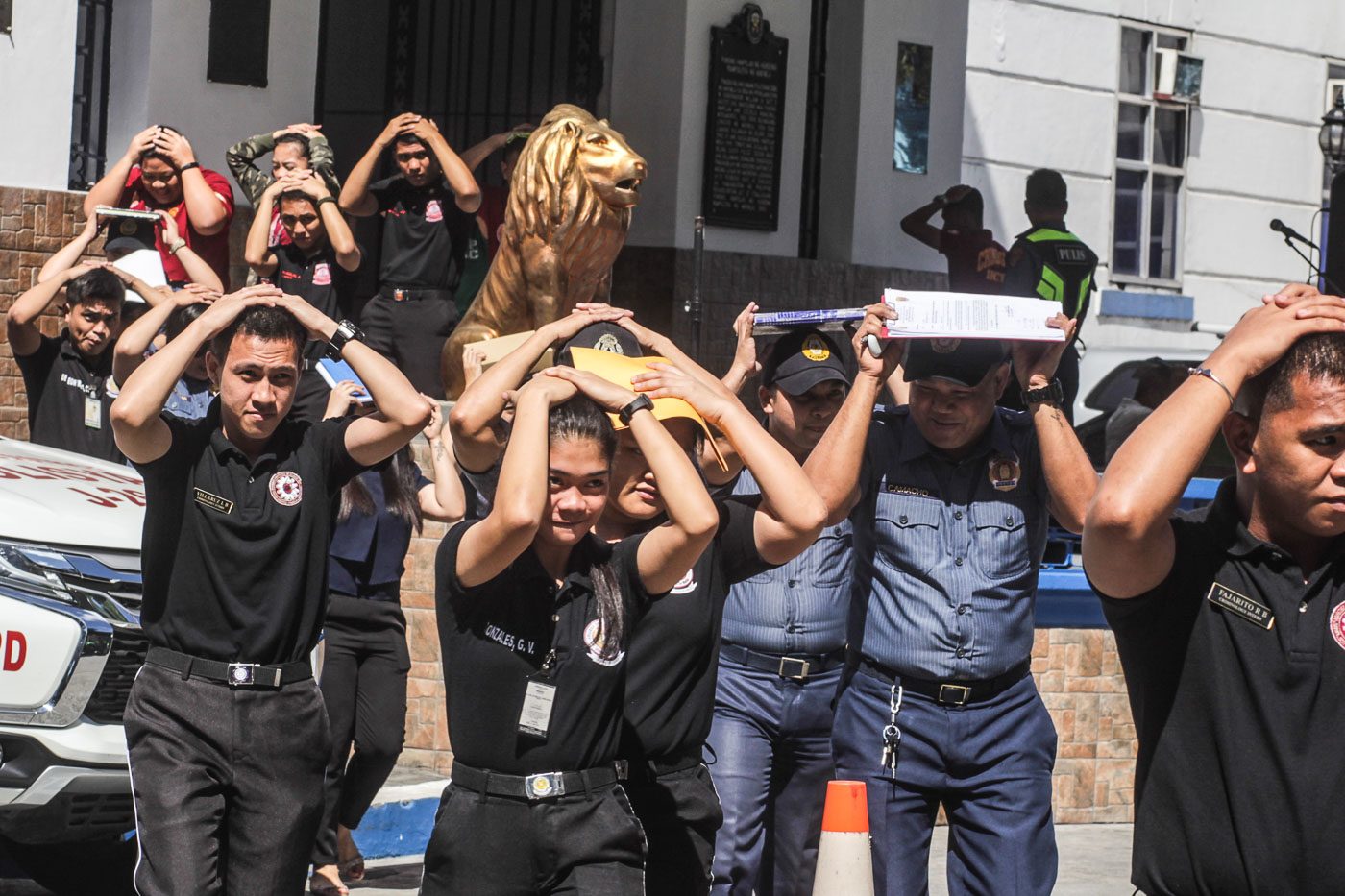 Rhick Lars Vladimer Albay claims to be a collector of stories. He is a Rappler Mover, an Iloilo-based writer, and a journalist, reporting largely on the local cultural community and art scene of the thriving city.