Mar 7, 2019 11:00 AM PHT
Facebook Twitter Copy URL
Copied
(UPDATED) The tour, offered until March 29, celebrates the spirit of the 1971 Diliman Commune and serves as a tool to educate the youth amid the historical revisionism on social media 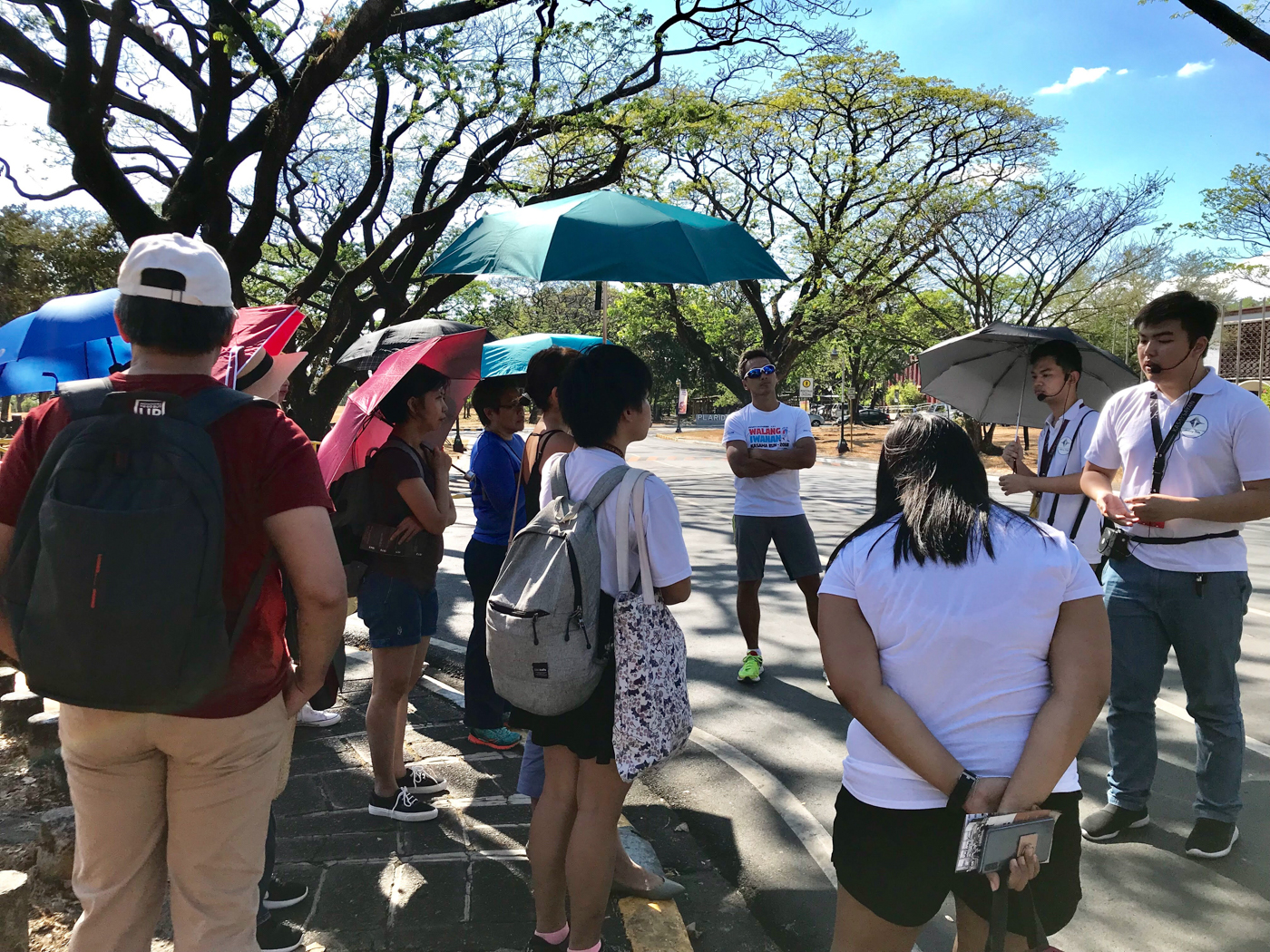 MANILA, Philippines (UPDATED) – Participants of Lakad Gunita 2019 revisited the stories and accounts of the 1971 Diliman Commune, as part of the themed walking tour.

Sarah Briones, University of the Philippines Asian Institute of Tourism (UP AIT) Information and Reservations Officer, said that Lakad Gunita aims to showcase the greenery, architecture, art, and rich history of UP Diliman, to which the Diliman Commune significantly contributed.

With UP Diliman students as tour guides, the tour highlights campus halls that stood witness to violence and unrest during the Commune.

“It’s not just the history of Diliman, it’s Philippine history,” Briones said, explaining the importance of the Commune and its relation to the declaration of Martial Law.

In February 1971, a year before then-president Ferdinand Marcos declared Martial Law, UP students, along with faculty members and nearby residents, began barricading the campus from military intrusions, birthing the Diliman Commune.

Students were hurt and arrested during the 9-day resistance. Math professor Inocentes Campos, a known critic of activists, shot at the students and killed Pastor “Sonny” Mesina Jr in the process.

The communards voluntarily took down the barricades on February 10, 1971, in exchange for their granted demands, including the prohibition of military intrusion in the campus, as forwarded by the “Provisional Directorate ng Demokratikong Komunidad ng Diliman.”

The UP community continues to celebrate the spirit of the uprising, which built UP’s reputation as a bastion of student activism in the country.

Within and beyond the walls of the halls

The tour began at Quezon Hall, where the Philippine wartime flag – with the red side up – was raised during the Commune, and the Oblation statue was painted red, to symbolize the uprising. University Avenue in front of the hall was barricaded with logs and tree branches to block vehicles from entering the campus. 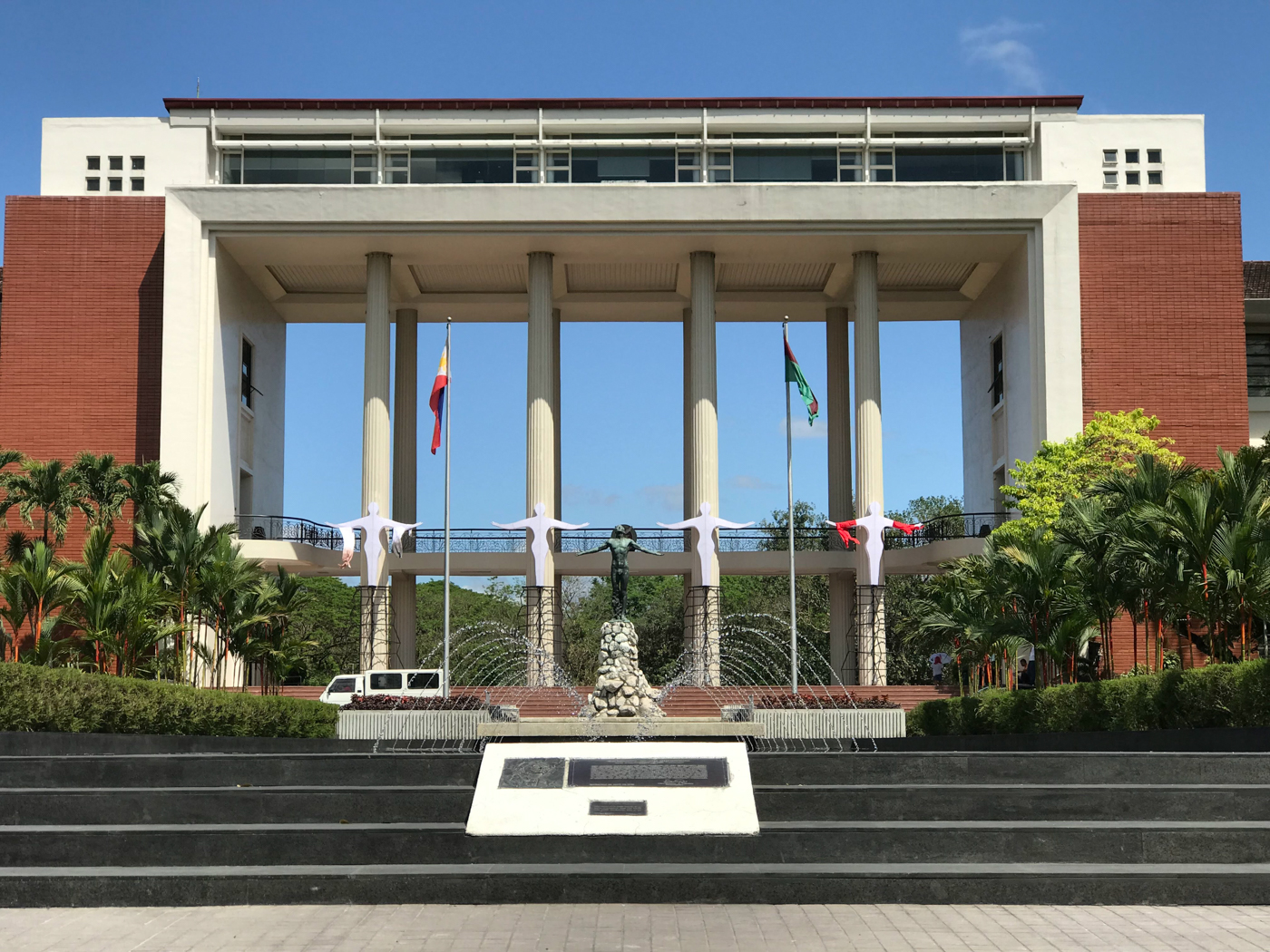 Melchor Hall housed the College of Engineering students who aimed kwitis (skyrockets) at Air Force helicopters that attempted to land on the hall’s helipad, embodying the wit and grit of their college protest, “Engineer the downfall of the US-Marcos regime.”

Engineering alumnus Ojie Alzona, 64, who happened to be along Beta Way with fellow fraternity alumni during the tour, shared to the group his firsthand account of the uprising.

The Sampaguita Residence Hall, where the campus ladies’ dormitory is, served as a safehouse for communards and provided food rations to students guarding the barricades.

Vinzons Hall bore witness to the barricade extending over to the Katipunan gate to keep out militarists from Camp Aguinaldo. It also served as a venue for mass meetings during the Commune.

“He was that afraid of the potential of UP,” Dy said.

Dy also pointed out that it is important to revisit the accounts of those who were part of the Commune to “serve as a reminder that it’s happened,” especially when the Marcoses have regained prominence, and are back in Philippine politics.

“[It is important] to correct the statements of what really happened in the past, to determine what really happened, to preclude the assertion of false thoughts and false interpretations,” said UP alumnus and former Philippine Collegian layout artist Rafael Teston, 59.

His wife, Rowena Alvarez, who was with him on the tour, said she felt as though their generation had failed to keep the spirit of the uprising, citing the resurgence of the Marcoses.

Asked about his main takeaway from the tour, Teston said there’s work that still needs to be done in educating the youth amid the systematic historical revisionism on social media. But he remains hopeful and commended the young tour guides for their insightful discussions of the Commune.

“There is still a long way to go to re-educate the youth of what happened. But given that the [tour] guides are the youth, there is promise, there is hope,” Teston said.

The Diliman Commune Tour, organized by UPD Office for Initiatives in Culture and the Arts and UP IAT, is held every Tuesday from 2:30 pm to 5:30 pm until March 29, 2019. – Rappler.com

Sofia Faye Virtudes is a Rappler intern. She is a Development Communication graduate from the University of the Philippines Los Baños (UPLB).

Editor’s Note: An earlier version of this story erroneously reported that Ramon Ramirez was arrested twice during the Commune. This has been corrected.