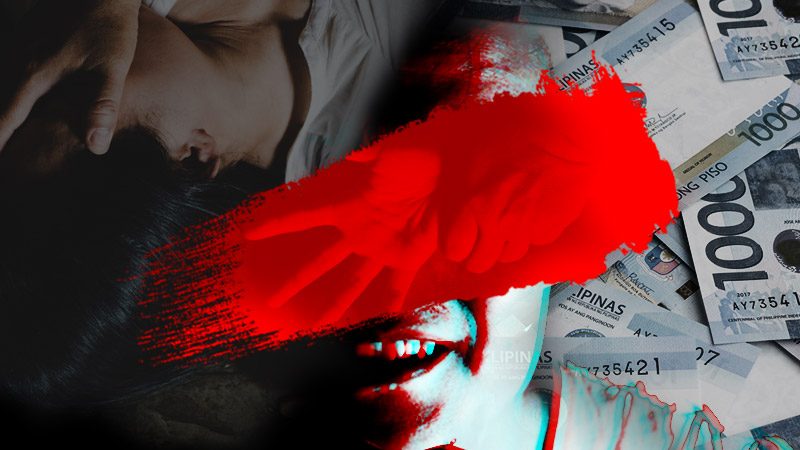 MANILA, Philippines – Duterte Youth President Billy Villareal is offering a P50,000 reward to anyone who catches the perpetrators of the killing and rape of Christine Lee Silawan in Cebu, said National Youth Commission (NYC) Chairman Ronald Cardema on Thursday, March 14.

The reward, Cardema said, will be doubled if the suspects are handed over dead.

“Duterte Youth President Billy Villareal will also be offering a P50,000 reward if the perpetrators are caught alive and will double it if they are caught dead,” he stated.

“Rape and heinous crimes are not accidents and must now be treated differently to secure the millions of Filipino Youth and our entire peace-loving society. We will fight and neutralize all heinous criminals, rapists, & terrorists in our country,” Cardema added.

With the horrific killing of Silawan, the NYC Chairman called on President Rodrigo Duterte and public officials to restore capital punishment or death penalty for rape and heinous crimes.

“We must restore the death penalty for such gruesome horrifying acts. With their inhumane acts, the human rights of the perpetrators is now secondary to the safety of the 100 million terrified citizens in our society,” said Cardema.

The revival of the death penalty, especially for drug traffickers, is one of the priority bills of President Duterte.

Various human rights groups, organizations, and the Catholic Church have been vocal on opposing the revival of death penalty in the country.

Global human rights group Amnesty International asserted that capital punishment has no conclusive evidence to prove that it deters crime rates. Its revival will also be a step back in the promotion and protection of human rights in the Philippines. (READ: Lawmakers urged to reject revival of death penalty)

“The re-introduction of the death penalty would not only represent a major setback for the promotion and protection of human rights in the country but also violate the Philippines’ obligations under international law,” they said.

House approved the controversial death penalty measure for drug convicts – House Bill (HB) Number 4727 – in March 2017 and is pending in the upper chamber.

On Monday, March 11, the body of 16-year-old Silawan was found half-naked and skull exposed in a vacant lot in Barangay Bangkal in Lapu-Lapu City. Autopsy reports said the victim sustained 16 stab wounds and was raped. Investigators are looking into the alleged involvement of 3 drug addicts in the area.

After the rape-slay of Silawan, Duterte warned drug addicts of ‘most dangerous time’. – Rappler.com

Sofia Virtudes is a Rappler intern. She is a BS Development Communication graduate from the University of the Philippines Los Baños.