How you can help Aetas in earthquake-hit Pampanga

Apr 26, 2019 6:38 PM PHT
Isabel Lupac
Facebook Twitter Copy URL
Copied
Aeta families in Porac and Floridablanca are appealing for help and assistance as they stay in makeshift evacuation centers after the Luzon earthquake 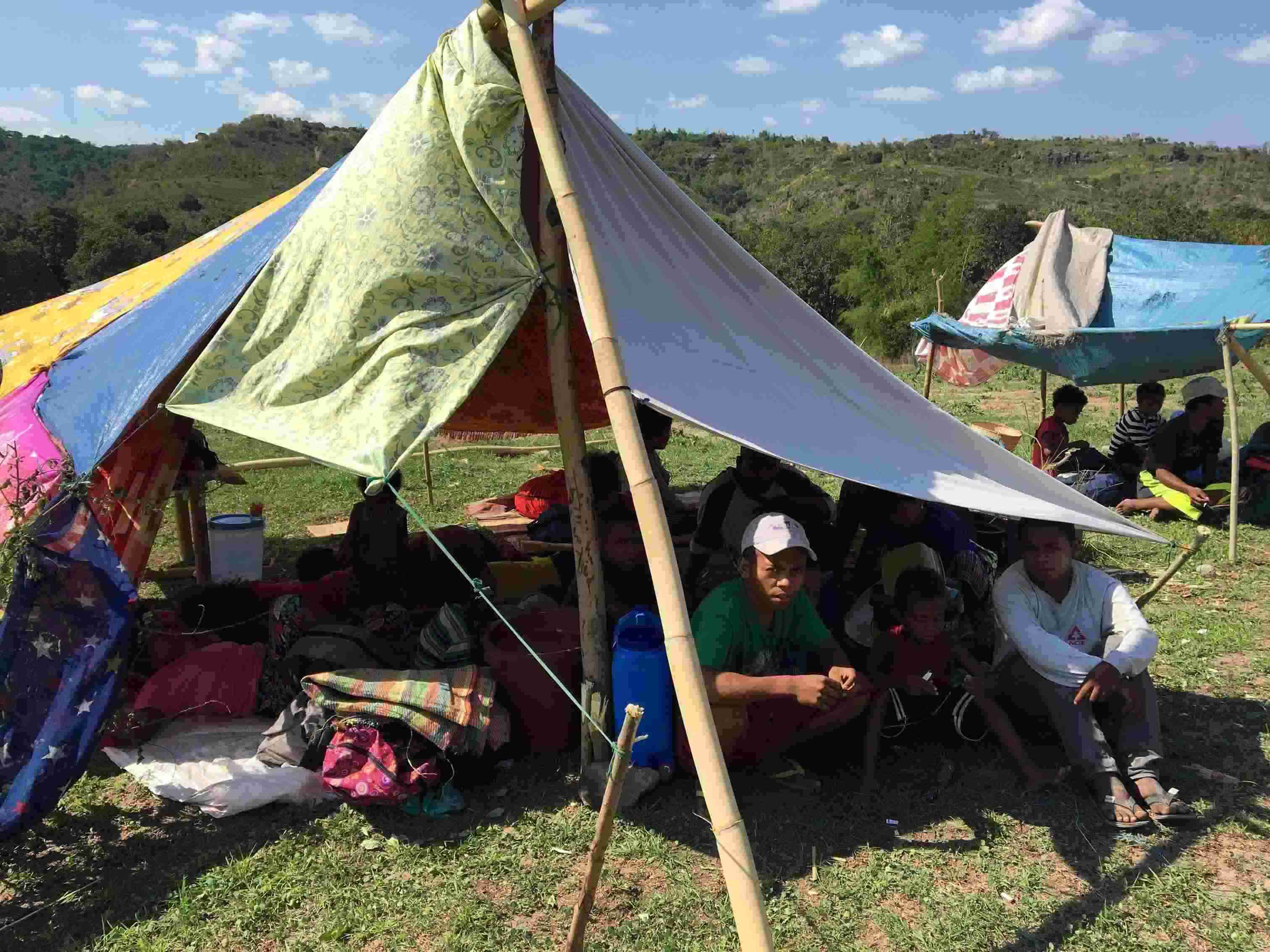 Since the disaster struck, Aetas from the province have been appealing for help and assistance due to insufficient resources.

Those who sought refuge in makeshift evacuation centers in Sitio Cuyukot and Sitio Balangkas in Barangay Camias have been struggling with limited supplies and food, especially with the source of water being located some 3 kilometers away.

Youth group Anakbayan Pampanga has reported that currently, some Aeta children and women have gotten sick with cough, colds, and fever.

In Porac and Floridablanca, several concrete structures – including school buildings, daycare centers, churches, and a barangay hall – were damaged from the Luzon earthquake.

In a phone interview on Friday, April 26, Sonny Serrano, Chairman of the Central Luzon Aeta Association ,said that out of fear, some Aetas chose to take refuge in makeshift evacuation sites on higher ground, far from landslide-prone areas.

Anakbayan Pampanga said that some Aetas in the area have even chosen to stay beside roads or build makeshift shelters just outside their destroyed houses despite the existence of an arranged evacuation site in their corresponding barangays.

(Our problem now is the lack of clean water, enough food, and medicine for [our] children who are getting sick because of cold nights when sleeping under our tents. We also need flashlights to be used during nighttime.)

Despite the limited supply of food, water, and medicine, Aeta families opted to stay in the makeshift evacuation centers in Sitio Cuyucut and Sitio Sentro, where they feel safer.

(We are traumatized that the ground might shake again. That’s why we can’t go back yet to our homes and farmlands.)

Pampanga, the hardest-hit province, is under a state of calamity due to the Luzon earthquake.

Anakbayan Pampanga, in partnership with other non-government organizations in the province, initiated a call for donations and volunteers to help the affected Aeta communities.

How you can help

Those who want to help the Aeta community may do the following: