Swimming in a sea of climate anxiety 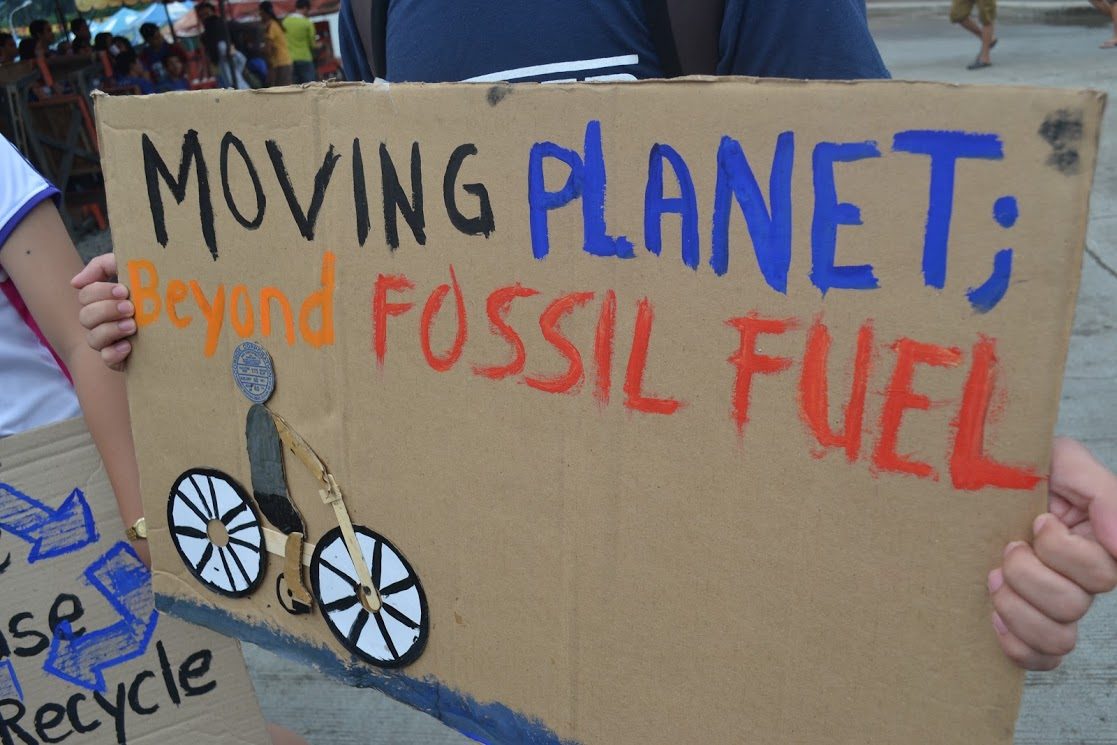 Facebook Twitter Copy URL
Copied
'From promoting a switch to renewable energy in my region, to making my friends plant trees to celebrate my birthday – I focused on what could be done in my sphere of influence, starting a wave of positive impact actions for myself' I remember the day I decided not to have children.

It was October 31, 2011. My news feed was harping on about world population; the United Nations had announced that a baby born in the Philippines was the 7 billionth person on the planet.

That hit me on two levels: as a Filipino, I was already frustrated with the country’s (over)population (non-)policies, so the announcement felt like a backhanded compliment.

Second, I was already working in climate change, and the things I knew and understood to be true were all incredibly distressing.

As I dove into Halloween festivities that year, I officially plunged into fear, terror, guilt, shame, anger, and frustration to swim in a sea called “Climate Anxiety.”

How can any parent responsibly bring a child into the world in the age of climate breakdown to face threats to health and well-being never experienced by the generation that came before them?

With this question in mind, I reconsidered my now deemed egocentric love for tiny little human beings, and softly nudged others to rethink their own baby-making plans. (READ: My life, my choice: ‘Why I chose not to have children’)

But not wanting children was only one manifestation.

I stopped even banal things like posting travel albums on my social media accounts, an important ritual in post-colonial societies approaching middle income status, because I was fearful of unintentionally inspiring younger people that a jetsetter lifestyle full of flight carbon was a legit life goal.

Having grown up in a mall-going culture, I was now too refusing to visit these commercial centers as I did regularly in the past, giving up free air conditioning in year-long summer seasons – all for the fear of being mind tricked into the newest fast fashion purchase.

I hated watching the news on the latest extreme weather event but rolled my eyes when I chanced upon one that didn’t mention climate change. When Tropical Storm Sendong (international name: Washi) hit my home region, killing hundreds of people, I was questioning what made me so special that I was spared. (READ: Life after Sendong: ‘A place we can now call home’)

As a woman with mild anemia, I was also afraid to stop eating meat, but more terrified of the consequences if I didn’t.

To my family, I became the climate wonk with multitudinous, sometimes crippling rules to life. To many friends and colleagues, a depressing misplaced activist who could hardly get it together.

I have sobbed countless times after delivering Climate Reality presentations over the past 8 years. I once burst into tears on a report about how the Syrian war was essentially climate-induced, to the horror of my post-grad colleagues.

As with regular anxiety, people are said to deal with climate anxiety in different ways.

If I believe what I’ve read out of research from groups like Futerra Sustainability or the Yale program on Climate Change Communications, I recognize I dealt with mine just by moving and moving forward.

When I realized that joining protest rallies and making picket signs for climate campaigns I engaged in were not effective enough where I was, I found myself working in proactive climate policy.

And when that did not yield the results I was hoping for, I ended up exploring climate finance, until I convinced my own family to inadvertently support the clean energy revolution I was always rooting for. The same family I annoyed for years with my climate gospel are with me on the first solar service provider established in my hometown.

From promoting a switch to renewable energy in my region, to making my own friends plant trees to celebrate my birthday, then embarking on a veiled campaign to convert my family into flexitarianism with me – I focused on what could be done in my own sphere of influence, starting a wave of positive impact actions for myself.

It helps to find your anxious tribe, too.

When I first heard UN Climate Chief Christiana Figueres speak in person at the Global Power Shift conference in 2013, she was in tears talking about how she worried for her daughters’ futures. I met one of her daughters years later, and was pleased to learn she was just as sweetly emotional as her mother.

I also became friends with Yeb Saño, the former climate diplomat famous for weeping while he delievered a UNFCCC conference speech. I joined the Climate Pilgrimage with him in 2018, alongside many more like me, and we were in Katowice at COP24 when Greta Thunberg was introduced to global climate politics in a speech that became vindication for climate anxious folks the world over. (READ: Climate change pilgrimage: Winning hearts and minds) These days, I’ve managed my anxiety well enough to function and divide my time between commercial endeavors and development consultancies. Perhaps the most important disclosure is finding someone who could embody what I could never be in the climate change space.

I live the vicarious Extinction Rebellion activist life through my partner, who will happily drive a boat in the way of an oil tanker, lead a mob inside a fossil fuel giant’s office, or stand in front of a moving coal train shipment.

The knowledge that someone close to me is doing the work I could never do, became a means for myself to survive the drone of multilateral conferences and forums I need to attend to keep up with my part of the climate duty bargain.

I suppose, one seeks to find fullness in the essence of a duty bearer, even when one cannot comprehend the duty-bearing origins.

We just have to do what we’ve gotta do. And in the wise words of Dory, “Just keep swimming!” – Rappler.com

Philline Donggay is co-founder and Chief of Communications at Greenergy Solar PH, the first commercial rooftop brand offering solar and related services in Northern Mindanao.  She holds a Master’s in Social Sciences for Tri-Sector Collaboration from the Singapore Management University, and remains an active volunteer for 350.org and the Climate Reality project.