[OPINION] The B in LGBT: The long journey to coming out Facebook Twitter Copy URL
Copied
'While living as an openly LGBTQIA+ person is tiring and difficult, not living your truth is more tiring. I chose truth.' 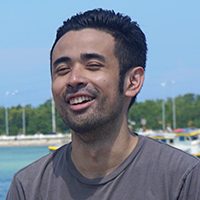 This year, I am celebrating my first Pride Month as an open and proud bisexual man.

But in an ideal world, the whole idea of “coming out” would not be necessary. “Coming out” implies that something about your identity is not acceptable, therefore, there was a need to hide in the first place. (READ: [OPINION] I do not believe in coming out)

We still live in a world where society sees heterosexuality as the “normal” and lesbian, gay, bisexual, transgender, queer, intersex, and asexual (LGBTQIA+) as the exception. (READ: President Duterte, praying the gay away didn’t work for me)

My coming out story is a slow and confusing one. But like Sansa Stark said in the hit TV show Game of Thrones, “I’m a slow learner, but I learn.”

While I may not be of nobility, I can relate to Sansa’s slow character development and persistence: from starting as a quiet and timid wife to becoming a force-to-be-reckoned with in the imaginary kingdom of Westeros.

I grew up in a conservative and very Catholic Cebuano family, meaning that I was indoctrinated with the western-imposed construct of heteronormativity from a young age. (READ: Coming out of the shadows: On being LGBT in Mindanao)

The only acceptable way to live was to aim to get married by 25, buy a house, have children and build a comfortable life with a family.

I tried to want this. I’ve only been in one relationship ever with a girl, and even today I am certain that the love was real.

But there was a part of my identity that I omitted even from my closest friends. Yes, I’m attracted to women – still am and always will be. But I am attracted to men too.

Was it shame? Maybe. But a big part of not saying anything for the longest time was that I didn’t understand it myself, and it took a long time before I did.

I thought growing up that bisexuality was not possible because the conversations around me framed sexuality as a mutually exclusive deal: you either liked men or you liked women, not both.

So when I fell in love with a woman, I thought that was that. I am straight and I was just confused before.

But while that relationship eventually ended, my attraction to men did not. Again, I was in the predicament of trying to choose “which side” I was on.

Around 2016 I started to read more into sexual identity, and met more male bisexuals and talked about their experiences. I realized that I didn’t have to choose a side, and that was my first enlightened moment in realizing my identity.

Aside from being stuck in the dichotomy of choosing a side, many others too have been told outright by both homosexuals and heterosexuals that bisexuality is only a phase.

There’s a popular saying in the LGBT community that bisexuality is “just a stop on the way to gay town.” While I believe it is okay to change labels at different points of one’s life, statements like these are dismissive, and perpetuate the idea that bisexuality is solely a transitional identity and not a permanent one.

In the Philippines, bisexuality is often also misused by homosexuals who feel masculine or “straight-acting.”

Bisexuality simply means an attraction to people of both genders. This attraction is regardless of the person’s gender expression, whether it is masculine or feminine.

Personally, my expression can range from masculine to feminine. But it should not even matter. Caring too much about these things gets tiring.

My breakthrough moment finally came in late 2017. I was interviewing TV host Boy Abunda for a pop culture feature I was working on for another news outlet.

The topic was colorism in Philippine entertainment. However, in the middle of the interview, Boy subtly asked me, “I want to ask you something, Ryan. You don’t have to answer, but are you straight?”

It was an unbelievable moment. Here I was with probably the most famous TV host in the country today, and I was telling him about my sexual orientation when I had never even hinted that to most of my closest friends, my parents, siblings, or longtime colleagues.

From that day on, I decided I was going to work on giving less of a damn.

I was going to stop caring about what people in a movie theatre would think if I go out with another boy; or if friends or colleagues see me with other boys; or if i lose a gig or job for being too queer; or if queer people dismiss my identity as a phase, and I won’t be able to date women again because they won’t understand.

While living as an openly LGBTQIA+ person is tiring and difficult, not living your truth is more tiring.

I was going to be me all the time – online and offline – regardless of what privilege or friends and family I would lose because of it.

Outside of journalism, I am a spoken word artist. I performed at Metro Manila Pride’s Himagsining Queer Arts Festival. That night I told myself I’m finally, completely, out. I am not afraid, and I am not turning back.

I will attend this year’s Metro Manila Pride with other strong, courageous queers who taught me that being queer is not something to be ashamed of but to celebrate.

Yes, I’m late, but count me in on the fight and struggle for LGBTQIA+ equality here in the Philippines and beyond. #ResistTogether

Pride is community. Pride is rooted in protest. Pride is solidarity in action.

Standing strong and standing up for who we are is just the beginning. Together, we must act.

This year, with the strength of our colors—different but united in a common goal—we #ResistTogether.pic.twitter.com/sG2LfI8zh0

Ryan Macasero is Rappler’s Central Visayas correspondent by day, spoken word artist by night, and bisexual both night and day.