Our Ausome Anton: A mother’s journey with her son on the autism spectrum Facebook Twitter Copy URL
Copied
'Our Anton was diagnosed with Autism Spectrum Disorder. I remember crying, but not a lot. From denial, I went straight to acceptance,' says Nonie Tobias-Azores 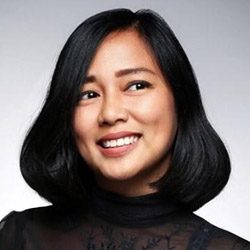 Before all this, my knowledge about autism was confined to brief interactions with my two younger male cousins on the spectrum. They had learning disabilities, ‘tantrums’ (I would learn later on that these were called ‘meltdowns,’ which were a whole lot different from tantrums), and overall, acted ‘weird.’ (I know, I was young and ignorant.) At 2 years old, Anton exhibited none of these behaviors, but there were red flags. He lined up toy cars, stacked everything in sight, and loved to spin at dizzying levels. He wasn’t responding to his name, had difficulty making eye contact, was absorbed in his own world, and had the emotional availability of a wall—so different from his Kuya who was tremendously sweet and affectionate when he was at that age. Perhaps the ‘reddest’ red flag of all—he wasn’t speaking a word, except for “Mama,” and even that was rarely spoken.

So I did what every rational person in the internet age would do—I googled his symptoms. And there it was in Google’s bold, blue letters: Warning Signs of Autism. What’s the first stage of grief again? Yeah, denial.

I confided to my husband what I found out, and ever the calmer and more collected spouse, he reminded me that Google is not a doctor. We were lucky to have set an appointment with a reputable Developmental Pediatrician within weeks with the help of a family friend. It usually takes at least 6 months to get an appointment with these doctors. The virtual lines are long.

And so a month after his second birthday, our Anton was diagnosed with Autism Spectrum Disorder (ASD). I remember crying, but not a lot. From denial, I went straight to acceptance. There was no room for grief, just a firm resolve to do whatever it takes to help our son.

In no time, our family of 4 was on-board with his early intervention journey: Occupational Therapy sessions twice-a-week, enrolment in a mainstream progressive pre-school, and Speech Therapy. We let our eldest son join his sessions so that he would develop empathy towards his little brother and other special-needs children. We’ve also chosen to not be silent and share our journey with family and friends. Our experience can inspire and empower other families who might be going through the same thing. By the time he was 3, Anton was speaking in full sentences, albeit bulol (garbled). When he turned 4, his Dev-Ped went out on a limb to say that he’s on the ‘high-functioning’ end of the spectrum and that it’s even possible for him to have ‘autism recovery.’ We hadn’t heard of that term until then but we feel that even if he doesn’t lose his autism diagnosis, it’s ok. We love him just the way he is.

At 5 years old, his OT sessions went down to once-a-week, and he no longer needed Speech Therapy. Before, it was wishful thinking to hear him say “I love you,” but now, he speaks it freely at the most random moments, whether he’s pooping in the toilet or playing on his iPad from across a crowded room. The stages of our autism journey were earmarked by 3 types of comments:

Comment 1 always gets me thinking: What if we listened to well-meaning advice and didn’t have him assessed? I shudder at the thought. Better early intervention than sorry.

Comment 2 is one of the many ASD stereotypes, and it doesn’t apply to everyone on the spectrum. Having said that, we now know that Anton is massively into drawing. He may or may not turn out to be a gifted artist and we’re ok with that.

Comment 3 is the trickiest. It sounds like a genuine compliment but is problematic at times, rearing its ugly head whenever we’re lined up at Senior Citizens/PWD lanes. We’ve lost count of the number of lolos and lolas who tried to cut us in line because they didn’t see a person with a visible disability. Those moments are a true test of character.

But even if you’re not a grumpy senior citizen, you’d really think Anton is normal because he doesn’t manifest the more obvious signs of autism. We’re very grateful for that and we recognize that we have it easy compared to other autism families with more severe cases. But that’s not to say we don’t have our own struggles. Compared to his Kuya when they were the same age, Anton is a bit behind when it comes to communication skills. He’s still hyperactive, hyper-focused, clumsy, gets into self-accidents a lot, displays odd behaviors, and overall, has the makings of a future weird kid.

There, I said it. And I thought of the many times when, as a teenager, I secretly laughed at the campus weirdo, and as a young adult, I avoided the weird officemate.

Could they have undiagnosed high-functioning autism? I wouldn’t know. All I know is that I was ignorant and mean and I wish I was a better human being. I wish I made the effort to know them to understand why they were the way they were. Because that is the very same thing I want people around Anton to do for him.

Hopefully, with the growing awareness on autism, the world will be kinder and better to the likes of Anton, the not-so-visibly-disabled but not-quite-ordinary either. – Rappler.com

Nonie Tobias-Azores is a Creative Director working in the advertising industry for more than a decade. Hint: She would’ve had an 11th-grader by now. This older millennial mom takes pointers and inspiration from her in-house digital natives—a 10-year-old and a 5-year-old—to accelerate her own digital pivot, career-wise.