Facebook Twitter Copy URL
Copied
Who is Father Richard Mickley, one of the founders of the Pride Movement in the Philippines?

MANILA, Philippines – A quarter of a century ago, the Progressive Organization of Gays in the Philippines (Pro-Gay Philippines) and the Metropolitan Community Church (MCC) led around 50 people in a march from Quezon Avenue to Quezon Memorial Circle, holding banners that proudly declared their sexuality.

One of them was Father Richard Mickley.

The historic march, held on June 26, 1994, is now known as the first Pride March in the Philippines and in Asia.

“Before 1991, there were some wonderful organizations, such as Katlo, but very closeted,” the 90-year-old Mickley recounted in an interview with Rappler.

Pride marches were already being celebrated around the world at the time but not in the Philippines. Three years after he established MCC Manila as the first openly gay and lesbian organization in the country in 1991, Mickley persuaded his friend Oscar Atadero of Pro-Gay Philippines that it was time for the country to hold its own Pride March.

Before finding his way to the Philippines, Mickley served as an MCC pastor in the Unites States and New Zealand. The MCC, founded in California, USA, in 1968 is a church for the LGBTQ+. He began his ministry for the church in 1971, when he found out he was gay and he knew he had to reconcile his spirituality and identity.

A “challenging call” soon led to a visit to the Philippines in 1991, where he established MCC 20 years later. He was in his pastorate in Auckland that year when they received a letter from a Filipino who was “kicked out from the church for being gay.”

The letter challenged his complacency in his growing church in New Zealand, prompting him to head to the Philippines. For 5 weeks, he networked “contact by contact” before he arrived in the Philippines where he did not know anyone. He only had the address of the letter sender.

In June 1991, he held what would be known as a “Pride Mass” at the National Cathedral of the Holy Child in Taft Avenue with around 30 to 50 LGBTQ+ in attendance. He only meant to visit the Philippines once, but then a few days later, a petition for a local MCC was signed and he knew a greater calling for the country’s LGBTQ+ was ahead.

“I gave the first Troy Perry-type pride sermon. A few days later, 40-some people gathered for my despedida (farewell party). They signed a petition for me to come back,” Mickley recalled.

Troy Perry, a gay rights and human rights activist, is founder of the Universal Fellowship of Metropolitan Community Churches.

When the MCC in the US granted the petition for an MCC Manila, Mickley returned to New Zeland to resign from his job so he could begin his ministry in the Philippines. “So I went back to New Zealand to resign my job and my house and my car and my salary, and came here with a promise of 3 meals a day,” he said. 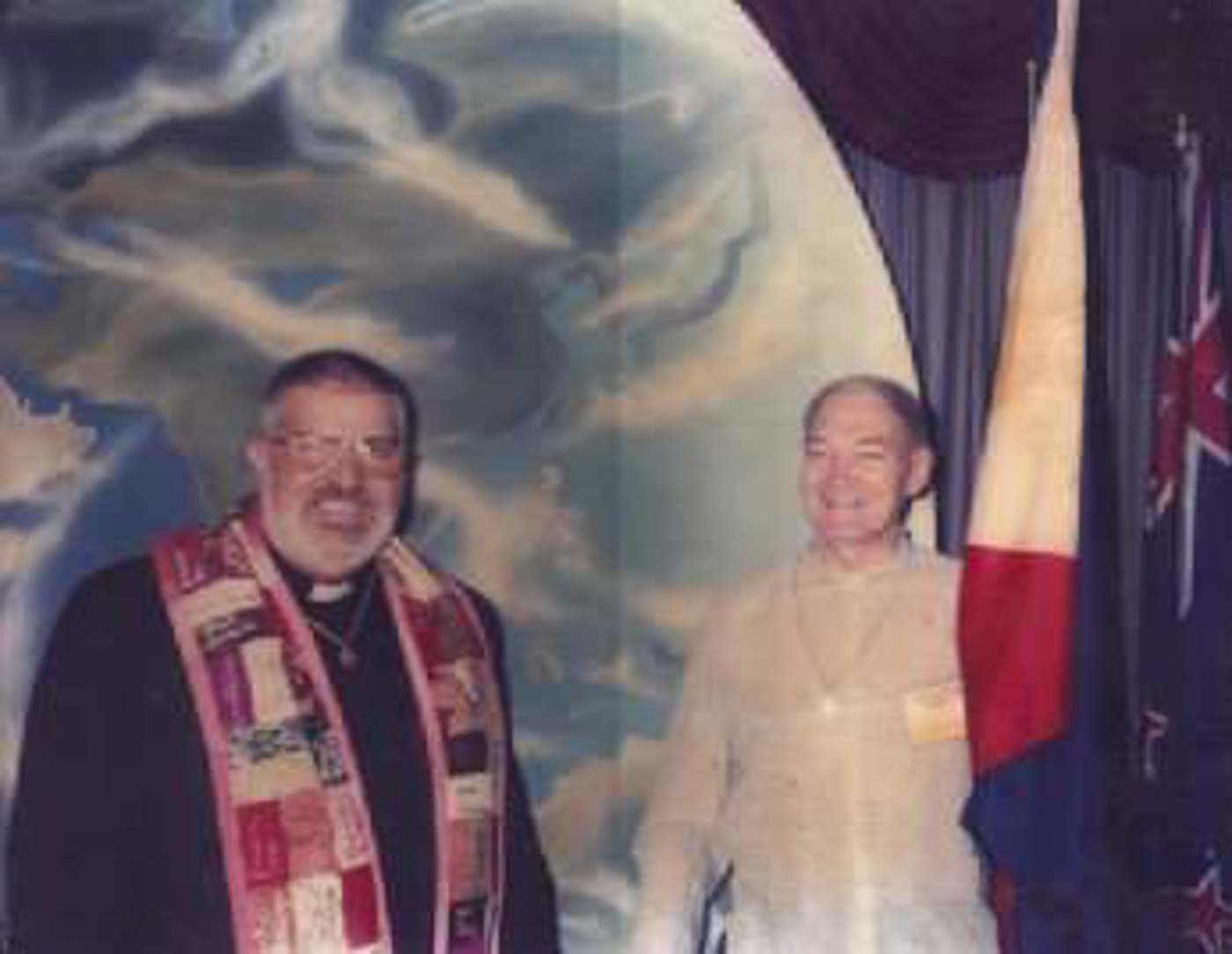 Since that fateful decision, he has been campaiging for the marginalized LGBTQ+ in the Philippines for 28 years. He continued his minister even after he reached the MCC mandatory  retirement are of 65 in 1995. He continued his mission through the Order of Saint Aelred and joined the Catholic Diocese of One Spirit in 2003, where he became a bishop.

Aside from fighting for the cause of the LGBTQ+ within the 4 walls of a church, he became a familiar “father” figure in street rallies. He also proactively talked about positivity in living with AIDS and administered weddings of same-sex couples. Since 1991, he has been administering same-sex weddings in the Philippines, where there is no law recognizing same-sex marriage. For Mickley, if same-sex couples are not legally allowed to marry, they could still promise their lifelong commitment through “weddings.”

“The government, from time immemorial have taken charge [of] marriage. I suppose, that was done to protect children…. So we can never use the word, ‘marriage’. But we can have ceremonies of commitment…. We’ve been doing that since early ’90s,” Mickley told Rappler.

The Anti-Discrimination Bill has yet to get past Congress almost two decades after Quezon City Representative Rex Calalay first filed the bill in 1995. Mickley recalled going to congressional hearings with then Akbayan Representative Etta Rosales, former chairperson of Commission on Human Rights (CHR), who was among the country’s legislators who supported the bill. “She fought it. But some other congressman put it down. It never went through. It’s to this day. That’s part of our sad story,” he said.

These barriers, however, should also serve to motivate the community to keep going as the job is not yet done, said Mickley.

“The job will never be depleted. There will always be people who need [to be] set free, those who are locked in the closet,” he said.

Mickley hopes the community and its supporters would continue the fight.

“We were there in the beginning, and you are there to continue. And I’m so proud that they have kept on going for years, and you must continue to march on.”  – Rappler.com