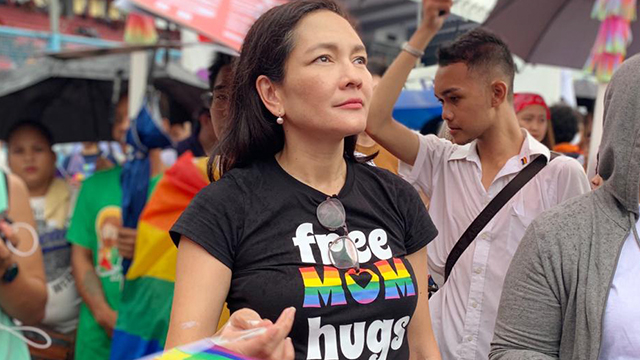 A known champion of the LGBTQ+ community, Hontiveros said she would map out the composition of the 18th Congress, both the Senate and the House of Representatives, to determine who would support her in pushing for the sexual orientation, gender identity, and gender expression (SOGIE) equality bill.

For so long, the LGBTQ+ community in the Philippines has lobbied for the enactment of an anti-discrimination bill. The legislation can be traced back to 1995 when congressman Rey Calalay filed a bill proposing to recognize the “third sex” as a sector.

Since then, various lawmakers have followed suit. Two decades later, however, a national law protecting the LGBTQ+ remains elusive. (READ: [OPINION] Life without bullies? Why Senate must pass anti-discrimination bill)

In a statement sent to the media, Hontiveros said: “We have gained new allies, we have gathered momentum, we are inspired more than ever to fight and hope. There is a rainbow wave coming.”

Safe space for all

On the sidelines of the event at the Marikina Sports Center, Hontiveros thanked the LGBTQ+ community for welcoming her and for creating a safe space for all. (READ: Beyond Pride march, advocates urge LGBTQ+ community to #ResistTogether)

(The LGBTQ+ community will be the one who would create a safe space for everyone, not only a physical space but also a social space free of discrimination, stigma, and disrespect.) 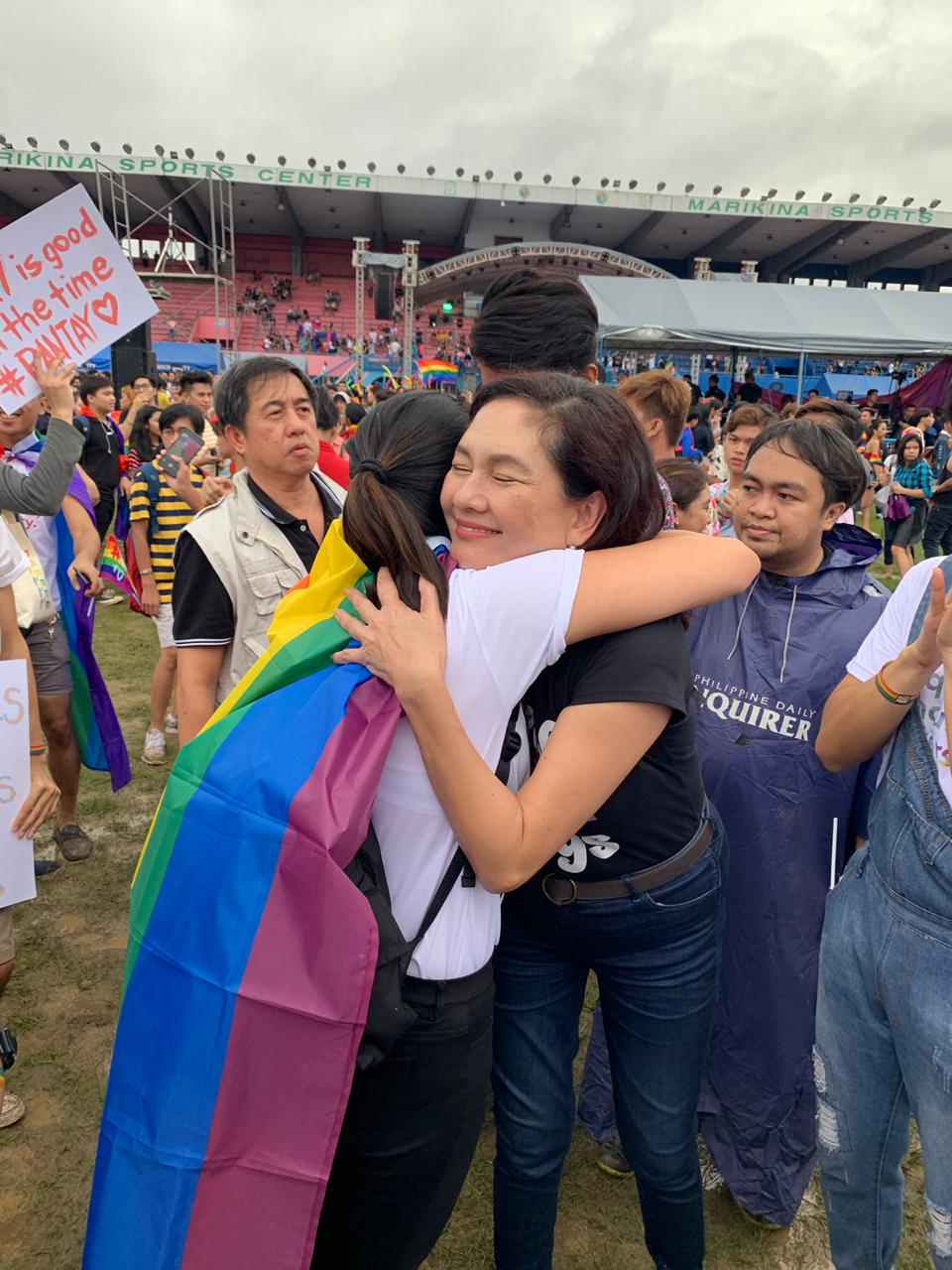 With the theme #ResistTogether, the 2019 Metro Manila Pride March highlighted Pride as a protest, rooted in the 1969 Stonewall riots – a series of demonstrations against a police crackdown on a well-known gay bar in New York City.

Despite the rain, organizers said there were around 70,000 attendees, maintaining the event’s record as the oldest and largest Pride demonstration in Southeast Asia. This was almost thrice its number of participants in 2018. – Rappler.com