Jul 2, 2019 7:00 PM PHT
Jorge Gamboa
Facebook Twitter Copy URL
Copied
The protest turned into a time of celebration as youth, environmental advocates have once again proven that their voice can make a difference to continue fight for coal-free Negros 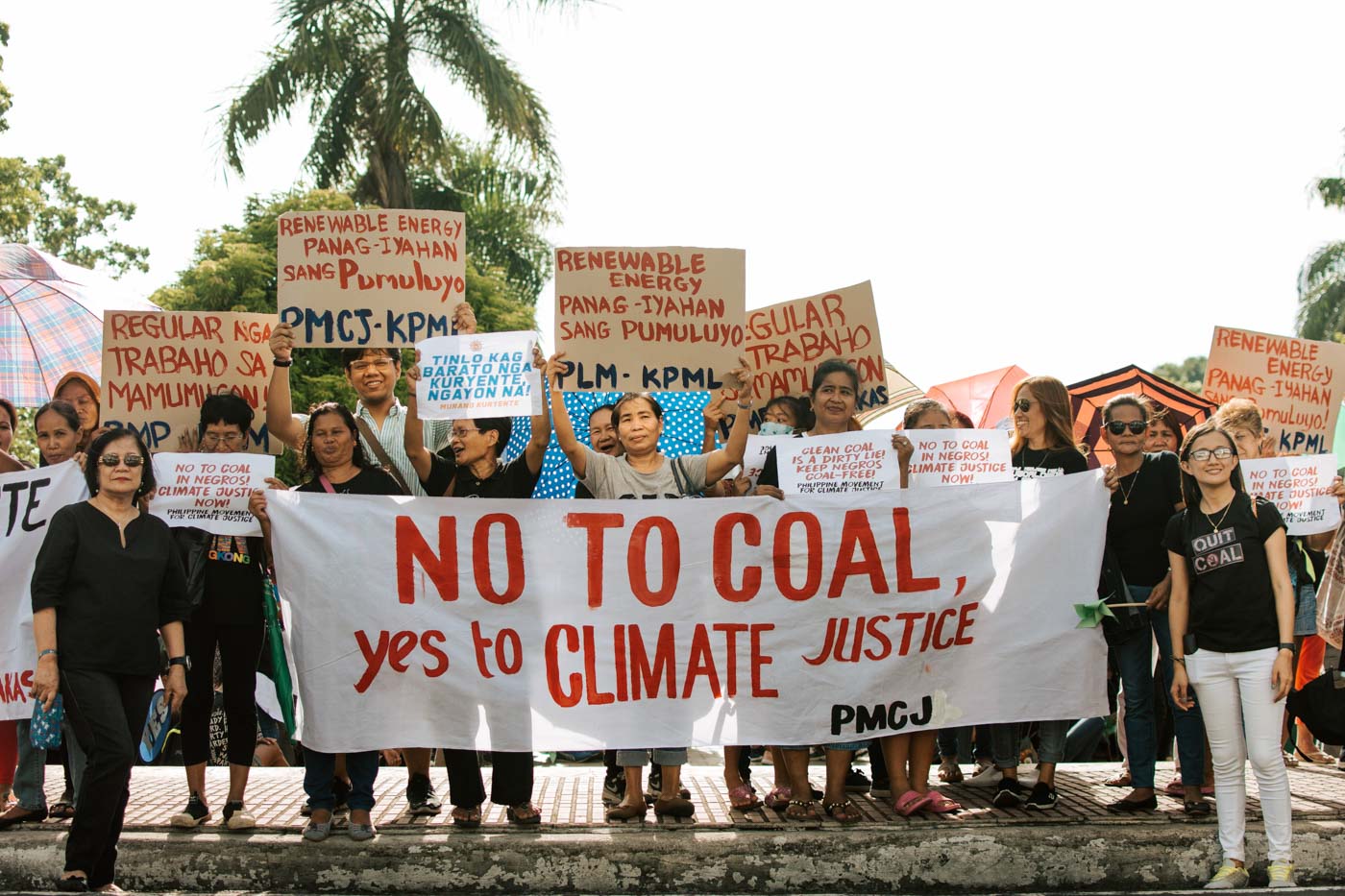 On Saturday, June 29, the inauguration protest turned into a time of celebration after governor-elect Eugenio Jose “Bong” Lacson heeded the calls made by Negros youth-led and other environmental advocates to make a coal-free Negros.

An estimated 1,000 anti-coal protesters from the youth, various sectors, municipalities, environmental groups rallied together in front of the Capitol Lagoon, across from where the inauguration and oathtaking of newly elected provincial officials took place. 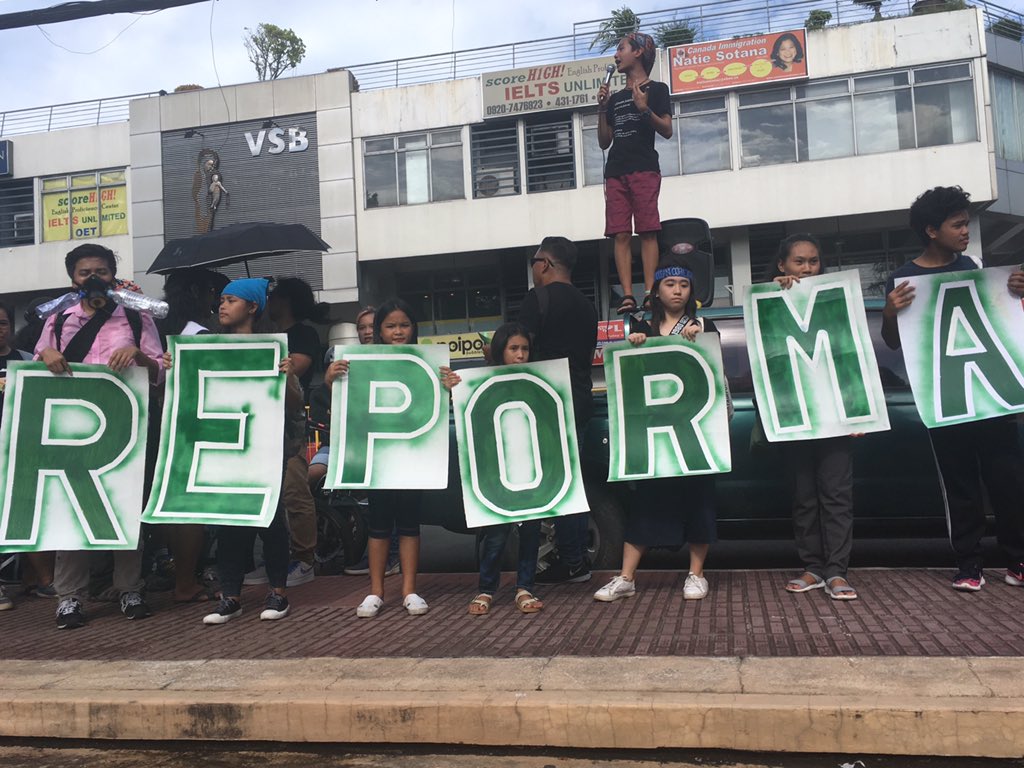 The protest was initially organized as a response to Lacson’s statement on Wednesday, June 19, that he would not stand in the way of San Miguel Corporation (SMC)  Global Power Holdings Corporation’s proposal to develop a 300-megawatt coal-fired power plant in San Carlos City if city officials allow it to happen. Lacson later retracted it in a press conference last June 26.

Environmental activists and advocates expressed their opinions on the matter.  Veteran anti-coal activist Dr. Romana de los Reyes expressed that she had been fighting for a coal-free Negros for 22 years now.

This was echoed by youth activist Kyle Anne Valderrama Villariza.

A few hours before Lacson’s inauguration, he released a statement clarifying that he would not repeal Executive Order (EO) 19-08 which declares Negros Occidental as a source of clean and renewable energy and a coal-free province. (READ: The youth behind coal-free Negros Occidental)

He stated his plans to put all talks of the establishment of SMC’s proposed coal plant on hold, as well as to put together a technical working group to further the EO.

“As soon as I take office, we will ensure to hit the ground running by establishing a technical working group that shall forward the executive order. The technical working group shall facilitate the creation of the Provincial Renewable Energy Council which shall be the lead agency for all renewable energy programs of the province,” Lacson said in a statement.

He also assured Negrosanons that he will work with the office of the vice governor and the Sangguniang Panlalawigan in formulating measures to hasten the enactment of the Renewable Energy Ordinance.

“As for the issue of the establishment of a coal-fired power plant, we would put all the related discussions on hold and would redirect the focus on maximizing the renewable energy sources that we have in the province,” Lacson added.

Lacson served 3 consecutive terms as mayor of San Carlos City from 2001 to 2010 before serving as the vice governor under the administration of then governor Alfredo Marañon Jr. 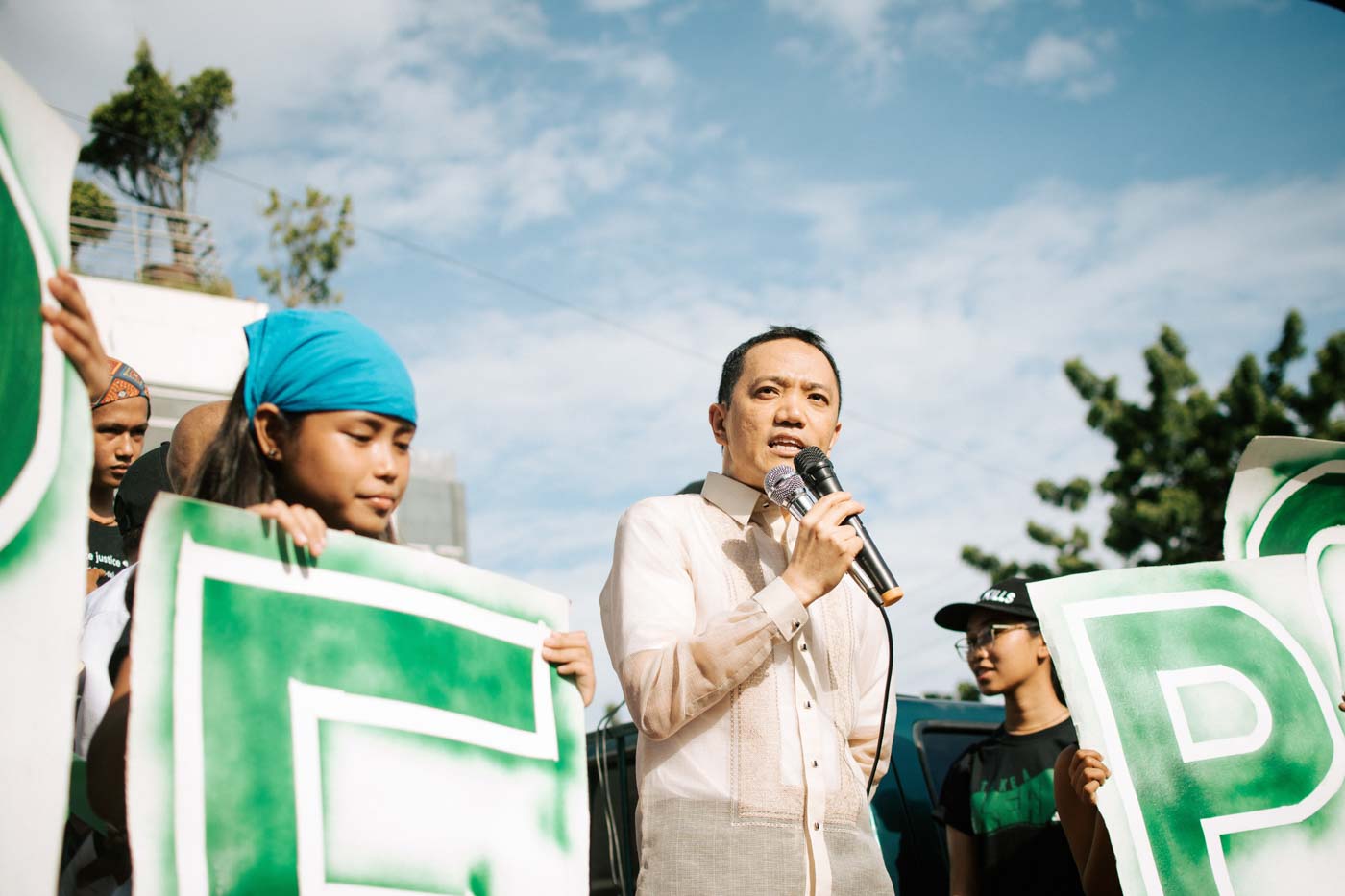 Jonathan Lobaton, chief of staff of the governor reiterated Lacson’s sentiments and reassured the youth climate advocates that their concerns will be brought to the attention of the governor.

“One thing is for sure, we are willing to sit down with you. In fact, he [Lacson] had said that renewable energy has a place in this province,” Lobaton said

Youth environmentalist Coleen Awit thanked Lacson in behalf of the youth, for supporting the vision and taking an active stand in the progress of renewable energy in the province.

“Let us celebrate the start of something beautiful— Negrosanons working together towards sustainable development,” Awit said in a statement made through Coal-Free Negros.

“And in the coming days, let us carry on the work,” she added.

This is not the first time that the youth environmental advocates have proven that they can make a collective difference in their province.

Marañon then issued the EO the following day that prohibited the entry of coal-fired power plants in the province.  – Rappler.com

Jorge Gamboa is a photojournalist and Bacolod mover.