How religious groups clashed over LGBTQ+ rights at Pride 2019 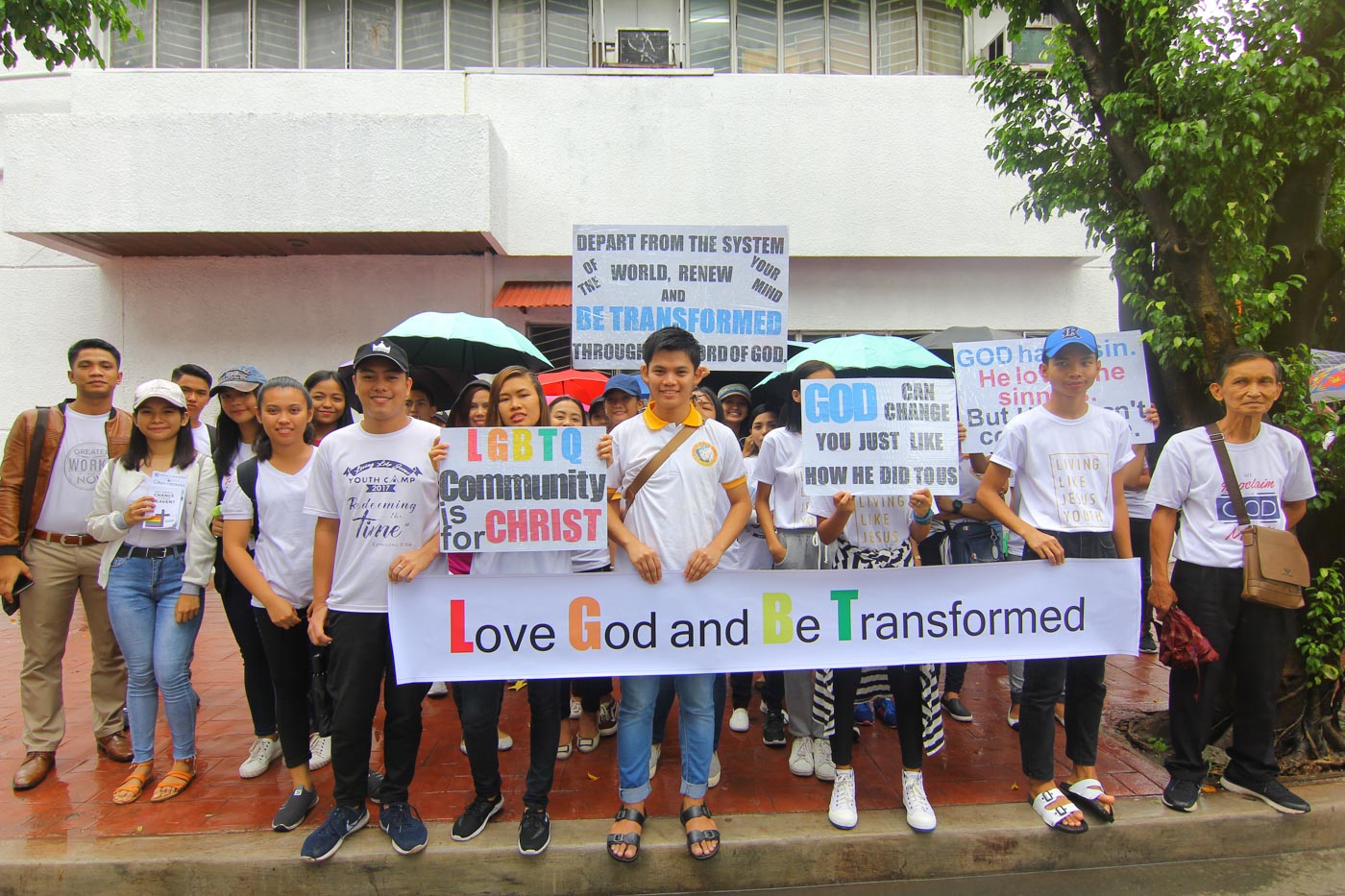 MANILA, Philippines – As members and allies of the lesbian, gay, bisexual, transexual, and queer community gathered at the Marikina Sports Center  for Metro Manila Pride March 2019 on Saturday, June 29, two religious groups shared their views about the  community.

Members of Christian group Jesus is Our Shield stood outside the venue of the Pride celebration, seeking to  convince members of the LGBTQ+ community to “transform” themselves and return to God. They held signs with messages of how the “Word of God” could help change their sexuality.

The group also handed out brochures to passersby, reminding them that God hates the sin but loves the sinner. 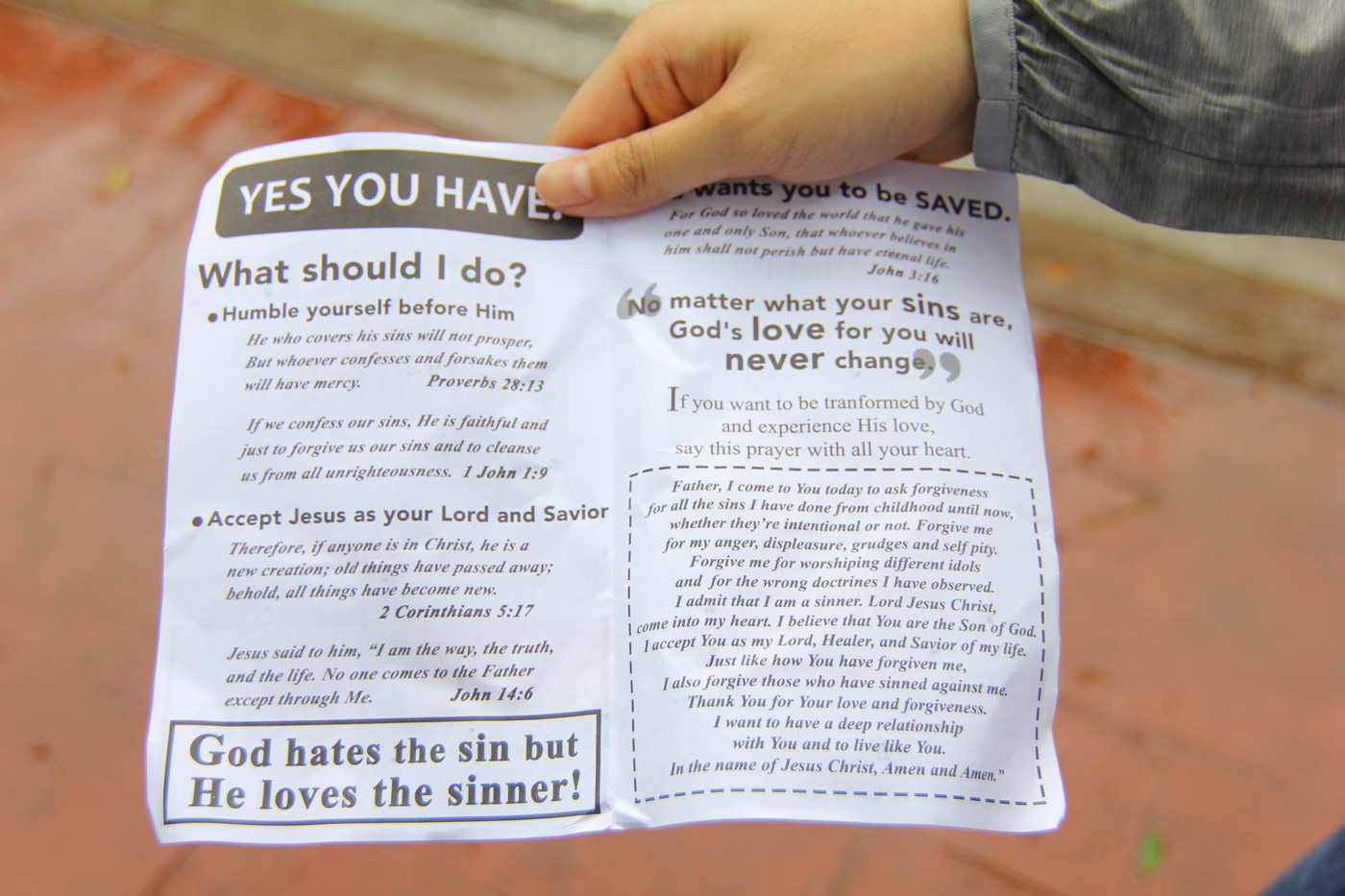 “We want to witness Christ because we know that they need Christ. We want to describe what Christ will do to them, love them, and inform them that there is somebody who love[s] them so much,” said a representative of the group on the sidelines of Pride march.

Bearing placards with biblical verses supposedly condemning homosexuality, the group said they were there to reach out and help members of the LGBTQ+ community “go to heaven.”

The Metropolitan Community Church (MCC) Marikina, however, does not share the sentiment of the other group.

MCC, a global religious group that performed the first same-sex marriage in the United States, has been on the forefront of the struggle toward marriage equality across the globe.  (READ: A Christian church embraces the LGBT community ) 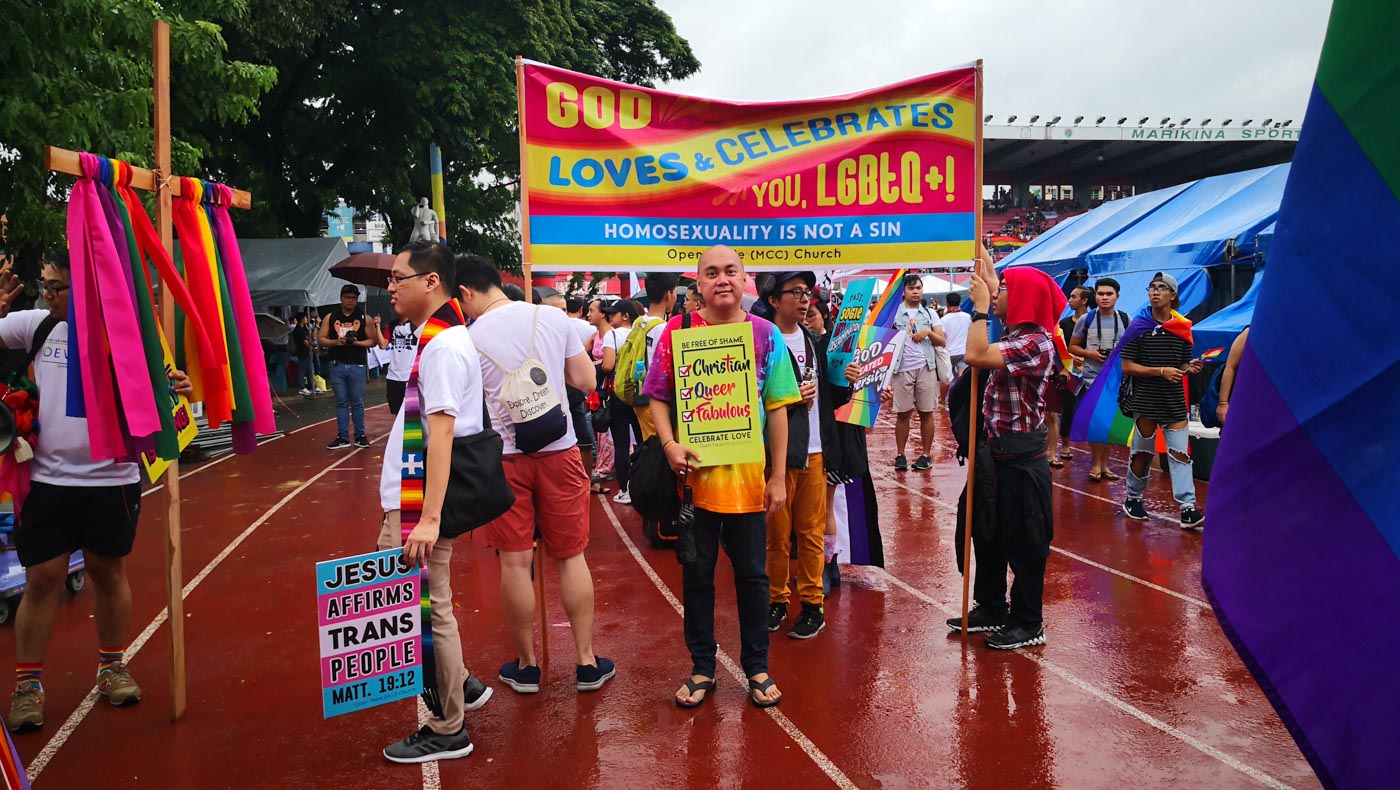 MMC was also a part of the first wave of LGBTQ+ advocates who organized the first Pride March in the Philippines in 1994. (READ: Meet Father Richard Mickley of historic PH Pride March of 1994)

According to Pastor Michael Jason Masaganda, MCC Marikina is known internationally as the first Christian church to open its doors to the LGBTQ+ community.

“If things don’t do well, there’s a church for them. There’s a God who watches over us and [someone] they can turn to,” Masaganda said.

During the march itself, many members of the LGBTQ+ community reached out to the protesters.

On Twitter, this video has been liked over 50,000 times and retweeted over 14,000 times as of this posting.

She wanted to offer flowers as peace offerings but ended up being insulted. If that’s the message that “God” has for the LGBT community, y’all can keep it.

The protesters, however, rejected the offering. One of them told her, “Kahit anong gawin mo, lalaki ka pa rin (Whatever you do, you are still a man).”

In an online interview, Esguerra said: “They also shared a Bible verse, I think it was Genesis 1:27, where she mentioned that God made man and woman for each other and completely distorted its meaning. The other guy told me that I was born here in this world so we can repent.”

Esguerra also said that while they did not threaten her with physical violence, they threw transphobic insults at her.

Another march participant was seen in a video calling out the protesters for using the Bible as an excuse to hate.

For the 1st time in the years I attended the Pride Marches, I spent more than an hour just listening to all the vitriol the fundamentalists are saying.

Saw this woman who couldn't take it anymore. #ResistTogether pic.twitter.com/nWReRGUr0n

Twitter user Mary Faye Murphy said: “Open to see how I snapped at these ‘Christians’ spreading hate at Pride march. I couldn’t let them do that and ruin this special day for the LGBTQ+. Spread love, never hate. Love is love” – with reports from Macel Pagdanganan/Rappler.com