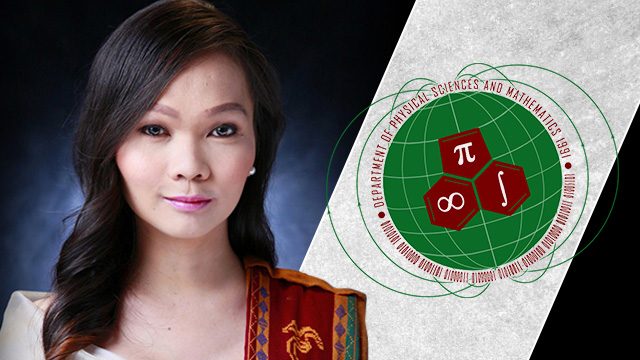 Facebook Twitter Copy URL
Copied
(UPDATED) 'Being LGBTQ+ has never been a consideration in the hiring, renewal, and evaluation for tenure,' says the Department of Physical Sciences and Mathematics at UP Manila

MANILA, Philippines (UPDATED) – The Department of Physical Sciences and Mathematics (DPSM) of the University of the Philippines (UP) Manila has denied that it discriminated against a transgender assistant professor.

The department issued the statement after Assistant Professor Little Hermie B. Monterde alleged online that she had been bullied in the institution due to her gender, citing the department’s decision not to endorse her tenureship.

DPSM said it issued the clarification after it learned that Monterde and her supporters “are using social media to gather public sympathy and support to bolster her pending appeal before the Office of the Chancellor on her non-endorsement for tenure.”

LGBTQ+ organization UP Babaylan led a social media campaign in support of Monterde. As of writing, UP Babaylan’s campaign has gained over 1,100 signatories. (READ: #LabanHermie: U.P. community stands in solidarity with transwoman professor)

In a previous interview with Rappler, Monterde shared her experience of discrimination among her colleagues since she started teaching in 2011, paired with her efforts to physicially transition from male to female.

She recalled how she received unsolicited comments from colleagues about her physical appearance and choice to dress up as a woman. (READ: U.P. transwoman professor talks about workplace discrimination)

Monterde applied for tenureship after teaching in UP for 8 years but it was denied, citing “professional and interpersonal concerns,” fueling  netizens’ suspicions that it might have been because of transphobia.

DPSM stressed, however that Monterde’s gender identity was not considered in its decision.

“Being LGBTQ+ has never been a consideration in the hiring, renewal, and evaluation for tenure in the DPSM, as evidenced by the presence of many faculty members in the department who are LGBTQ+, a number of whom are tenured,” it said.

Monterde applied for tenureship in March 2018. She was informed of the non-endorsement of her tenure in January 2019 and filed for reconsideration on May 31.

She has yet to receive a decision as of posting.

The DPSM said it would not issue any more comments on the case pending the appeal “without waiving legal and equitable action against those responsible for, or have assisted in, spreading misinformation on this case.” – Rappler.com