[OPINION] An ode to a fisherman whom I have forsaken Facebook Twitter Copy URL
Copied
Chinese-Filipino Jeffrey P. Yap assures his fellow Filipinos that he is on the same boat, and is equally proud to wear a shirt with 'West Philippine Sea' printed on it 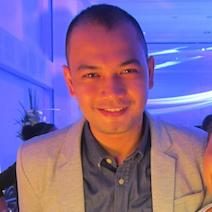 I’d like to begin by saying that I have neglected a promise to a friend decades ago. His name was Julian, a young fisherman about my age, who was living a few towns away from where I spent my adolescent years.

Every day, he was paddling, caressing the seawater that nourished his family for years. But the water that sustained them was reclaimed and converted into an “island resort.” I vowed to help him by making a documentary and doing all the investigative research. The film project was about how the developers threatened to kill my friend’s livelihood for capitalists’ gain. I told him that I would return with tapes that he and his fellow fishermen could use as evidence for the court hearing.

But he never sailed again. I learned that he was shot by armed men during the course of the hearing. I was a week late and the tape that I made was never used.

I learned from the news weeks ago of a Philippine fishing boat on Recto Bank in the West Philippine Sea that was rammed by a Chinese vessel. I stayed glued to the TV and saw the boat captain whose name was Junel. Then I remembered Julian. (READ: The sinking of Gem-Ver: Barko! May babanggang barko!)

As someone who grew up in downtown Manila, I had introduced Julian to my milieu: Binondo, Sta Cruz, Chinatown. He also knew some of my friends. But I didn’t look Tsinoy enough: no slanted eyes, no Chinese school to speak of. But those didn’t matter. I knew that I was part of the community, and so was Julian.

Looking at Junel’s eyes on TV, I was engulfed with shame. His eyes were the same as Julian’s. Years in the sea, he always looked to the horizon. Will there be enough catch for the day? Will my family have food on the table?

A day after the Recto Bank incident, I plied the streets of my childhood: Ongpin, Gandara, Tabora, and the alleys where the merchant’s shops and my friend’s houses in midrise buildings were located. Fresh produce abound the sidewalks, the watch store owner that father and I frequented was still there, thriving, and he was smiling at me. I had lunch at Sir Andrew’s kitchenette and had his famous pancit pata tim. It tasted the same from the time that we were regulars.

While the comforting and the familiar remained, I couldn’t help but ask the residents if they were alright. Yes, they would chorus. But they equally felt awful about what they had been hearing on the news: Filipino fishermen left to die at sea, the government taking the side of the Chinese government, covering it up, forcing the boat captain to change his statement. (READ: Cook of Gem-Ver crew: ‘China is lying’)

But who are we to say anything? My grandfather migrated to the Philippines from Fujian in the 1930s. My last name is a dead giveaway. It’s been difficult for me and for us in the community to air out our grievances when we are regarded as people from the “outside,” that we have no right to speak because our race are the oppressors. But is it? How about the citizens of Hong Kong and Taiwan? Why is it second nature for them to protest? Aren’t they from the same race as well?

I no longer live in Manila but I work near downtown and have maintained a number of Tsinoy friends. Despite the naysayers online, we are lucky not to have encountered any face-to-face backlash or discrimination. Not yet. But know that we denounce the outright disregard for our fishermen’s right to earn a living in their own domain as ruled by Philippine law and recognized by the international court.

The plight of our fishermen falling on deaf ears and being manipulated by the current government is appalling. We are dismayed by some people who question the credibility of our Filipino fishermen. Why would they lie? How would they benefit from it? They’re fishermen who only go through their daily lives and hope to get the catch of the day. (READ: Owner of sunken boat: I feel like we’re slaves of China)

My other Tsinoy friends support our Filipino fishermen. But we hope that one day, we will fully integrate into society and no longer be referred to as “Chinese Filipino,” but simply Filipino. We are on the same boat, the same plight for justice and equal rights. We’re equally proud to wear shirts with “West Philippine Sea” printed on them.

I hope that this stance will make Julian’s eyes smile as he glides and slices the water with his paddle, in another sea, in another world. He may have left abruptly the day he was killed, but I know that he has forgiven me. As I stand up for him, on behalf of all the Filipino fishermen, I know that I have fulfilled a promise never to abandon our boat of friendship. – Rappler.com

Jeffrey P. Yap was born and raised in Manila. As a cultural worker, he has lobbied for the protection and preservation of built heritage in Manila. He is also a member of a homegrown, community-based group in Manila whose Tsinoy members conduct events and activities to promote the history and heritage of Manila’s Chinatown.