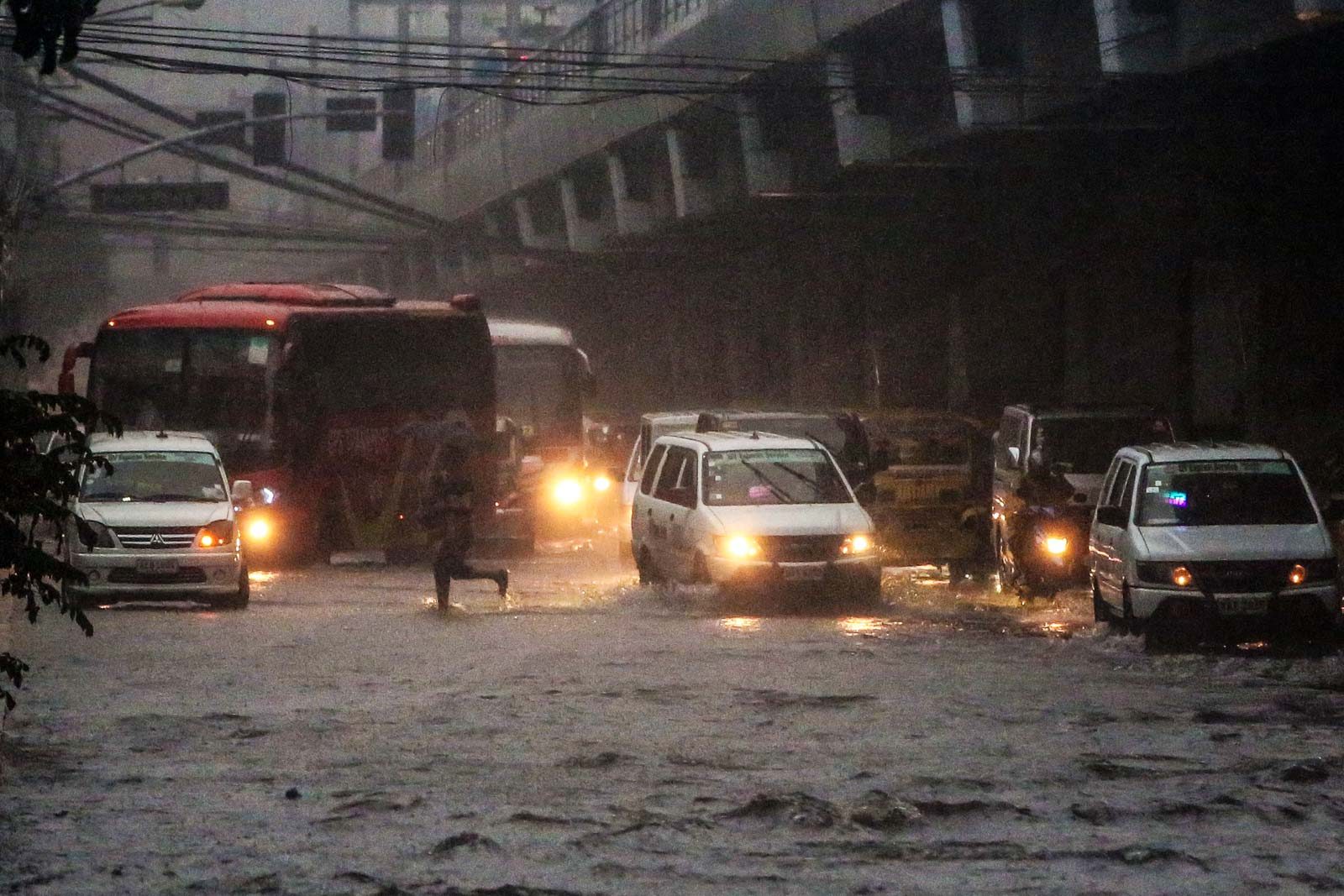 The southwest monsoon, which had been bringing heavy rain in the western part of Luzon, was further enhanced by a tropical storm located outside the Philippine Area of Responsibility.

At 3 pm Friday, Malacañang suspended work in government offices, as well as classes in public and private schools in all levels across Metro Manila.

Manila Mayor Isko Moreno did a Facebook Live broadcast to show the public what streets were flooded in Manila. At around 11 am, while on the road, he told his followers to avoid Taft Avenue, España Boulevard, Quezon Boulevard, Estrada Street, Santa Mesa, among other areas because of the heavy flooding.

He also shared other possible routes to take for those going to Pasay City, and urged people to stay home if possible.

At around 4pm, Moreno announced on his official Facebook page that España Boulevard was no longer flooded.

As of 5 pm, there were 5 areas that had yellow rainfall warning, which means heavy rain would persist in these areas for the next 3 hours, and flooding in low-lying areas was possible.

These areas are Metro Manila, Zambales, Bataan, Cavite, and Batangas.

Below are some photos and videos of the flooding in Metro Manila: 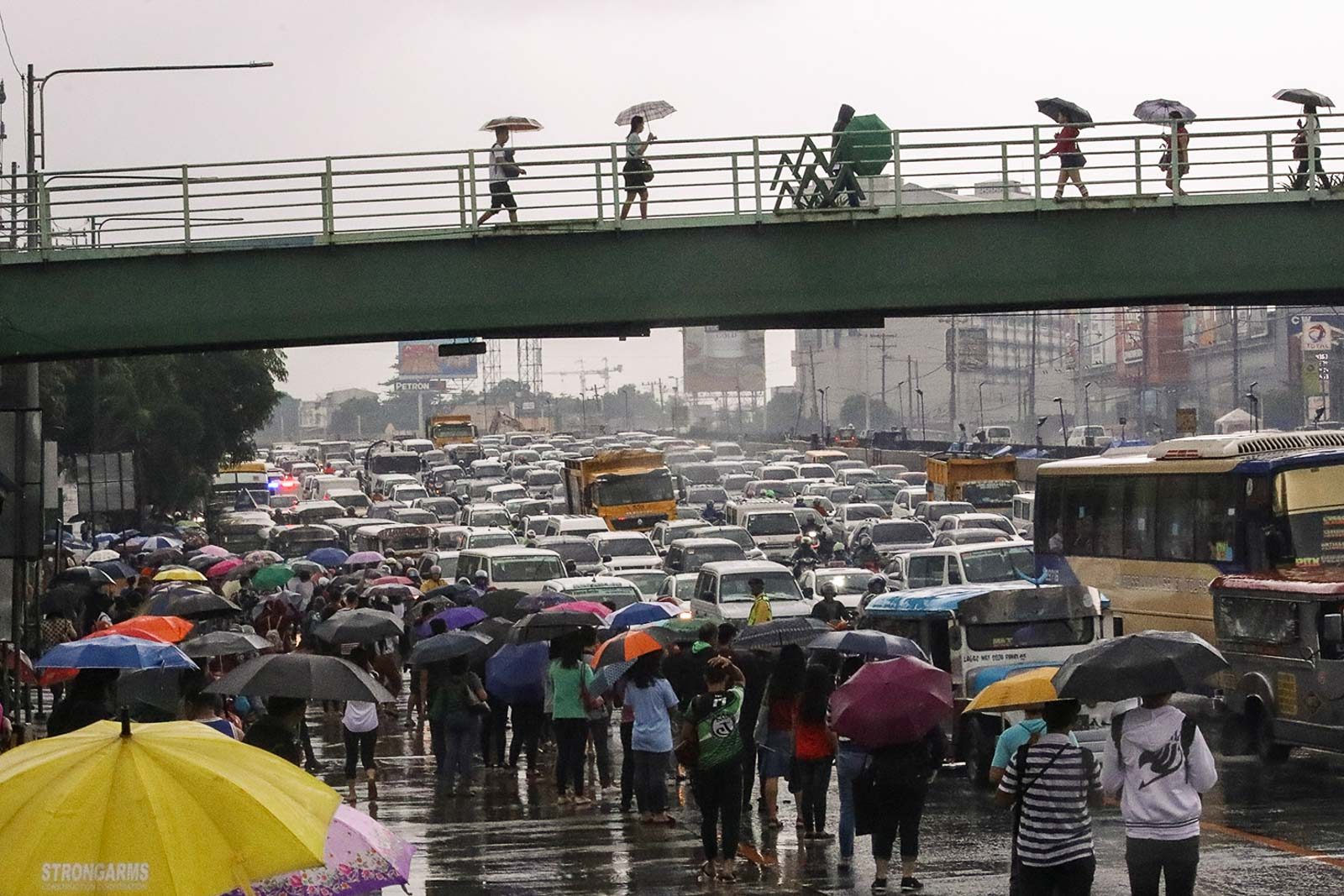 WATCH: Road and flood situation along España Blvd. (in front of UST) in Sampaloc, Manila as of 1:08 pm today, August 2. | via @KurtAdrianDP

What's the situation in your area? Take photos and tag @MovePH. pic.twitter.com/liqo63VGdX

Some parts of Sampaloc, Manila are flooded due to heavy rains on Friday afternoon, August 2. @kentceriola says it's now difficult for commuters to ride on PUVs going southbound.

What's the situation in your area? Take photos and tag @MovePH. pic.twitter.com/AFJKg2YOPi

At Taft Avenue cor. Pedro Gil in Manila City, the streets have been flooded due to heavy rain on Friday, August 2. | via @overunderman

What's the situation in your area? Take photos and tag @MovePH! pic.twitter.com/tVO6YPUvUk

As of 11:20 am, Las Piñas City is experiencing heavy rain and strong winds. | via @DonBuenvenida

What's the situation in your area? Take photos and tag @MovePH! pic.twitter.com/1vppUuWzuf

The San Andres Bukid-Padre Faura route has very few jeepney units because of the flood from Onyx St to Mabini. Tricycles and padyaks take many stranded commuters. #CommuterWatch | via @citizenjudie pic.twitter.com/TM9FDmuKYB

A house in Barangay UP Campus was destroyed by an uprooted tree, killing a female resident.