Aug 31, 2019 10:52 AM PHT
Nicolas Czar Antonio
Facebook Twitter Copy URL
Copied
The Manobo dictionary app not just aims to educate the Lumad but to empower them as well 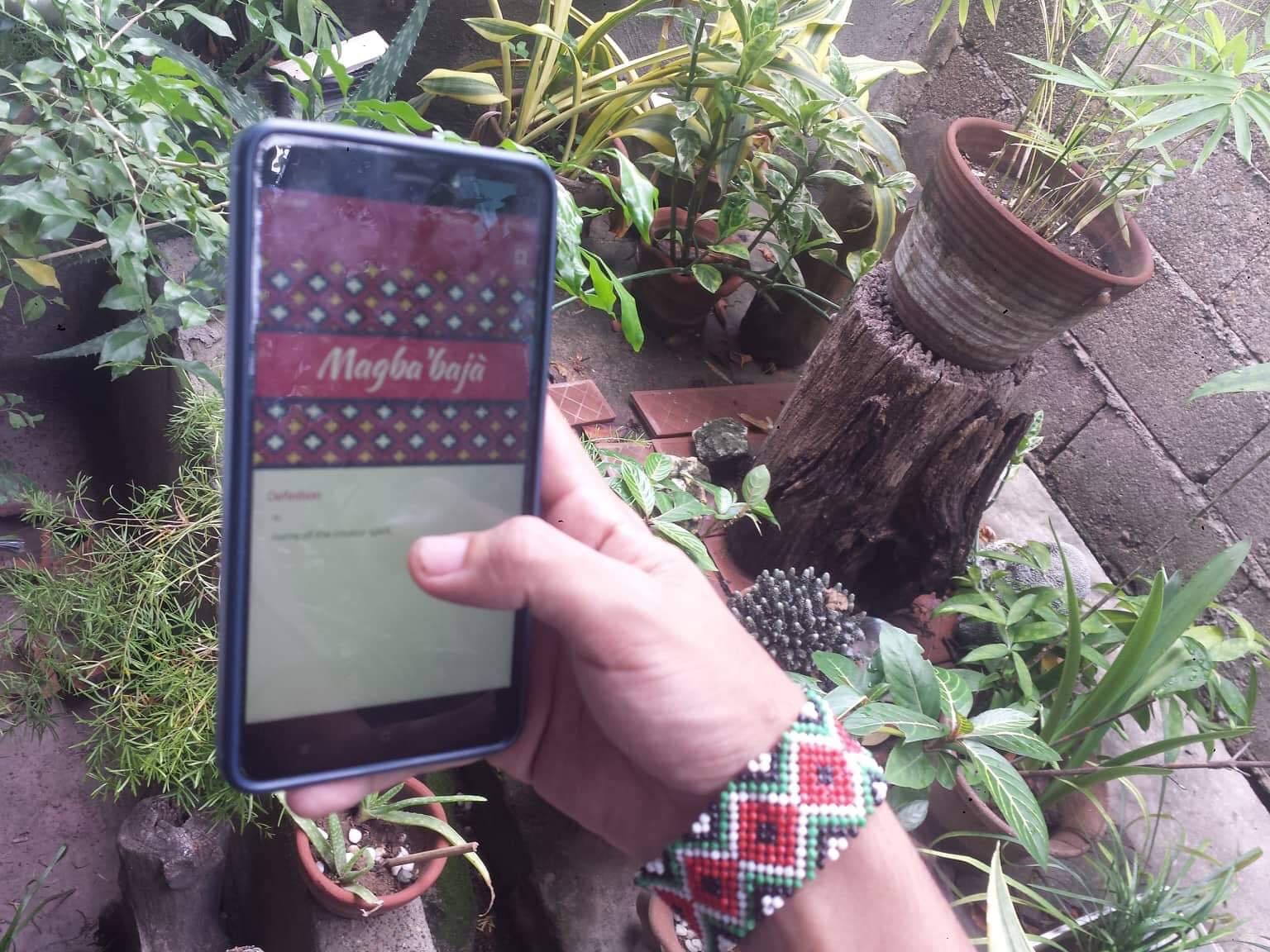 MANILA, Philippines – “It seemed like they wanted to erase a part of us.”

Twenty-three-year old Lyn Gomez, a Manobo Lumad who studied sociology at the Caraga State University (CSU), recounted how the fear of “discrimination” has endangered indigenous languages.

“Our parents no longer teach us the Manobo language out of fear from the discrimination they faced,” said Gomez. “They want us to blend into mainstream society.”

“Several Lumad families had to flee from their ancestral lands to seek safety from the violence and atrocities that have occurred since the military’s intrusion into their lands,” said Booc. (READ: What the Lumad are fighting for)

In an effort to preserve the Lumad indigenous language in Agusan and Surigao, the Save Our Schools (SOS) Network, an alliance of child rights groups and church-based organizations, launched a Manobo Dictionary app, a mobile software that compiles Manobo words and their definitions.

Given the Lumad communities’ far-flung locations, the app works even without internet connection and just needs a one-time download. It  can even be passed from one gadget to another using mobile sharing technologies like bluetooth and SHAREit.

“The Manobo Dictionary app is a unique project because rarely do we see mobile applications that allow us to learn our native languages such as the Manobo language,” said the app’s developer, Ricardo de Leon.

“We have a number of apps that teach us Chinese, Korean, French, and other foreign languages, but seldom, if ever, do we see apps that put focus on the languages spoken by our fellow Filipinos,” lamented De Leon.

He said the app was crafted based on the community’s needs and will be primarily used by the community itself.

The app not just aims to educate the Lumad but to empower them, De Leon said.

“The app’s community-driven nature further stresses on its use as a piece of technology aimed at empowering the Filipino, especially the Lumad communities,” the app developer said.

“It is a needs-based educational tool, motivated by the needs of the Lumad people to learn the Manobo language, which is also a feat not often achieved by the learning apps and technologies we have available.” he added.

Gomez said that this Manobo Dictionary app would help the Manobo youth learn their own language and by extension, their own culture and identity as Manobos.

To be used for education

Lumad school teachers like Booc also welcomed the launch of the app, which they said would be of great help in educating Lumad children.

Armed with smartphones they charge during the night when the generator is running, the teachers said that they would use the app in their language classes where there is a need to translate words from Bisaya, Filipino, English, and Manobo.

“Most of our students only know the basics and they can no longer articulate the deeper words and more complex terminologies that their elders know. With this app, we can reclaim what was lost,” said Booc.

Currently, Booc and De Leon are working together to further improve the app.

Booc also hopes that the app will inspire other computer scientists to create technology that will be beneficial to marginalized sectors like indigenous peoples and farmers.

The app utilizes public data from the Summer Institute of Linguistics (SIL) Philippines and is available for download at rebrand.ly/ManoboDictionary. – Rappler.com

Nicolas Czar Antonio is a Rappler intern who studies psychology at the University of the Philippines Diliman. He tweets at @Nicolas_Czar.